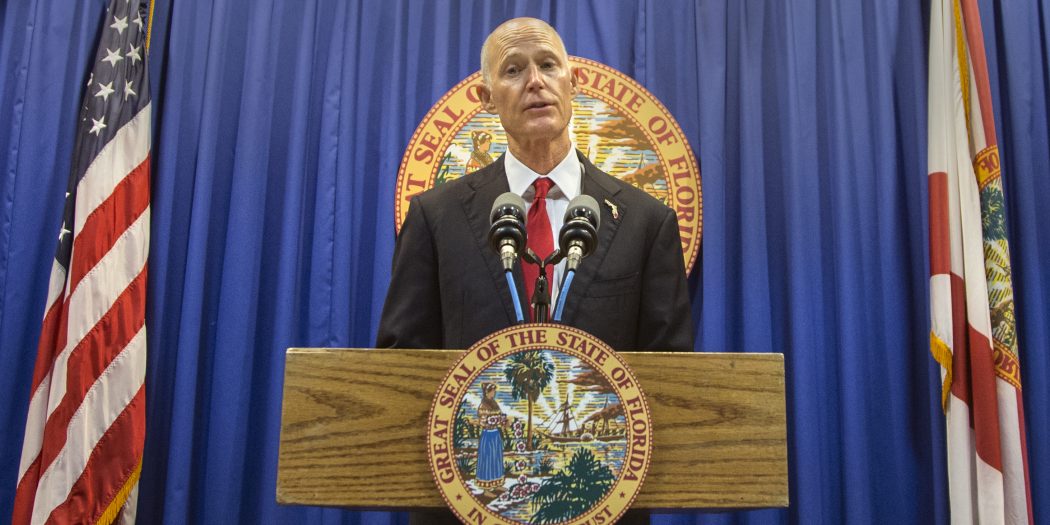 Other States Back Scott On Felons’ Voting Rights

Eight states have filed a brief backing Gov. Rick Scott and other Florida officials in a court battle about restoring felons’ voting rights.

It supports Scott and members of the Florida Cabinet in their appeal of a decision by U.S. District Judge Mark Walker that found Florida’s system of restoring felons’ voting rights unconstitutional.

The system includes requiring felons to wait five to seven years after completing their sentences to apply to have rights restored — and then waiting years after that to complete the process.

The Atlanta-based appeals court is scheduled to hear arguments July 25.

In the friend-of-the court brief, the other states described Walker’s ruling as an “attempt to defy federal and state law by dictating the manner of in which state executive officers grant clemency” and said it could have broad implications.

“First, the states share an interest in maintaining control of their criminal justice systems and in ensuring that federal courts do not unduly interfere with executive pardon powers,” the brief, filed Friday, said. “Under the district court’s reasoning, the 48 states that leave the restoration of incarcerated convicts’ voting rights to executive discretion through the pardon power all have unconstitutional clemency systems. Worse still, the district court’s reasoning extends not only to the restoration of the right to vote but for other clemency procedures, such as a death-sentence commutation, a liberty-conferring pardon, or restoration of the right to serve on a jury or to armed self-defense.”

The News Service of Florida is a wire service to which WUFT News subscribes.
Previous Raelyn Nelson: Willie Nelson’s Granddaughter Brings Her Brand of Rock & Country to Gainesville
Next Plane Made Emergency Landing On Interstate 75

Florida's top COVID-19 data scientist has been dismissed. Rebekah Jones says she's been fired for refusing to manipulate data "to drum up support" for the state's plan to reopen.