Jesse Nelson is not only an avid collector of World War II memorabilia, he also enjoys meeting the men whose history he collects.

During a designated air-conditioning break, Phillips was ushered into the park’s office where Nelson was waiting for him. As they shook hands, Phillips thanked Nelson for educating younger generations about the past. 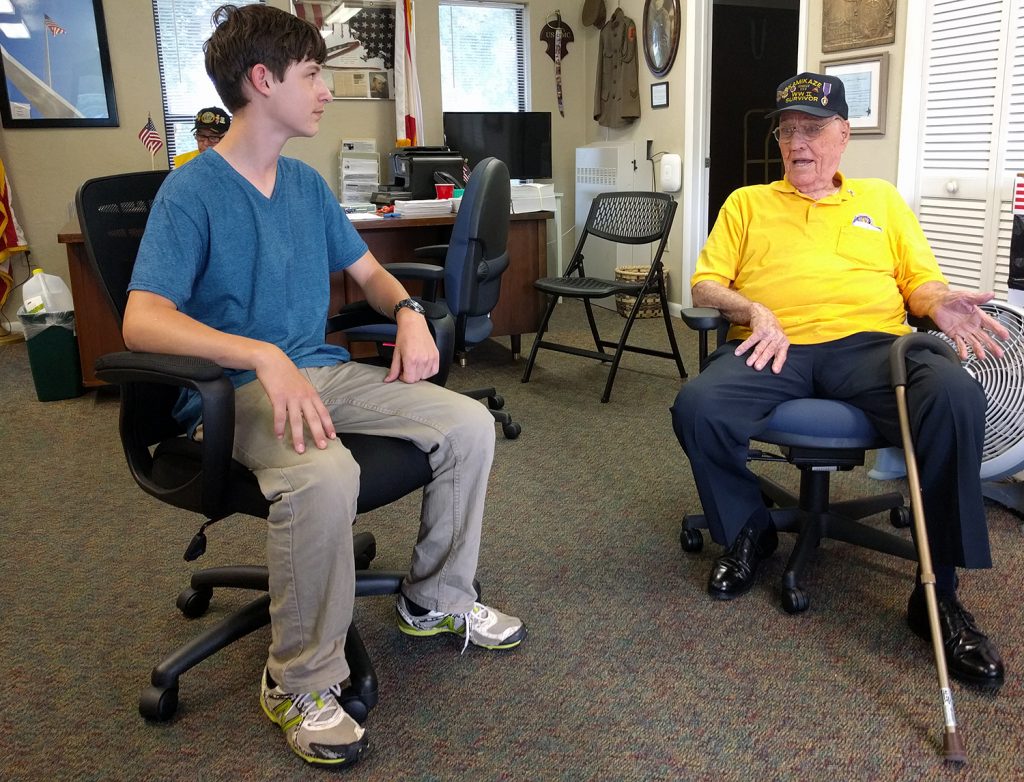 “You’re doing a fine job, young man. That’s the purpose of this park. That’s why we established this. I was on the first committee that asked for this,” Phillips told him.

Sitting in two office chairs across from each other, Phillips opened by telling Nelson about his life before the war. Born in a “wagon behind a drug store,” Phillips dropped out of school at 15 to help with his father’s farm when the war started affecting the price of eggs. Two years later at 17, when Phillips was only three years older than Nelson, he was drafted into the Navy.

Precocious and shy, Nelson listened quietly as Phillips spoke about May 4, 1945. This was the day he survived hours in the Pacific Ocean after his ship was attacked and sunk. Two hundred and thirty-six men died. To survive, he said he had to stay in oil leaking from the ship, some of which was on fire.

After taking in the history that Phillips had to offer, Nelson returned to his tent where he was showcasing some of his World War II memorabilia. He and his family almost didn’t come to the park because of the forecast for rain, but Nelson told his mother that whether it rained or not, they should be there.

“I told her that the veterans fought in the rain for us and we should be there for them, too,” Nelson said, adding that he hopes to open a museum one day. 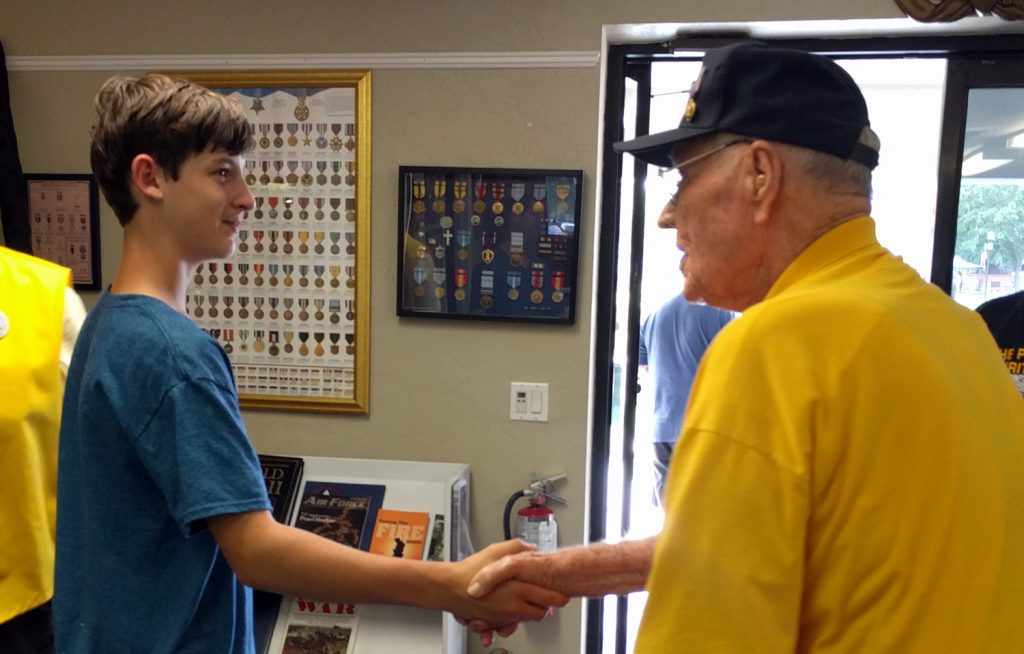 Among the crowd, another connection was made by pure chance.

Vietnam veteran Joe Ponds, chairman of the Vietnam Helicopter Pilots Association in Florida, has traveled to many different locations within Florida with the Vietnam Traveling Wall.

For the first time ever, he met someone who had served in his unit while he was tabling for this event. Even though they served at different times, he says they spent time reminiscing and it felt like going back home. Ponds says when Vietnam soldiers returned home it was ugly; some say they were called names and spit on and were made to feel ashamed.

“So, when you see someone, you meet someone who’s been through the same thing you went through, and then plus, to top it all off, they were in the same unit that you were in,” Ponds said. “That was special.”

Rachel is a reporter for WUFT News who can be reached by calling 352-392-6397 or emailing news@wuft.org.
Previous May 29, 2018: News in 90
Next How The Lionfish Invasion Tour In Florida Went Bust