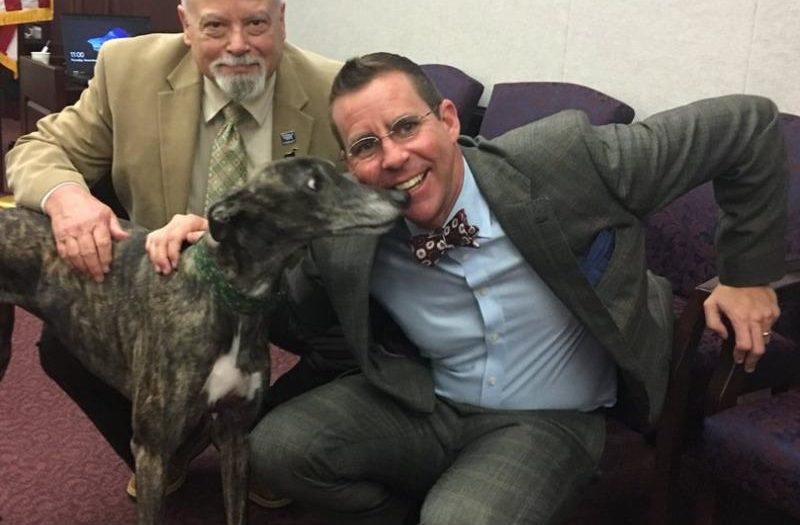 (Photo: The News Service of Florida)

The Florida Constitution Revision Commission has finished its work and has sent eight proposals to the November general-election ballot.

The CRC process is unique to Florida, with the 37-member commission meeting every 20 years and having the power to place constitutional changes directly before voters. Like all other proposed amendments, each ballot measure must win support from 60 percent of the electorate to pass.

Brecht Heuchan, a lobbyist and political consultant who was appointed to the commission by Gov. Rick Scott, played a key role in the development of the ballot measures as chairman of the panel’s Style and Drafting Committee.

Heuchan’s committee was tasked with developing the package of proposed constitutional changes prior to the final vote by the full commission. The eight ballot measures will join five proposals advanced by the Legislature and by the petition process. The commission’s proposed amendments include measures banning off-shore oil drilling and workplace vaping, strengthening ethics standards for public officials, imposing term limits on school board members and prohibiting greyhound racing.

The News Service of Florida has five questions for Brecht Heuchan:

Q: Can you describe your experience as one of the 37 members of the 2017-18 Constitution Revision Commission and how you feel about the eight proposals that are on the November ballot?

HEUCHAN: It was a great experience for me personally, just an ability to serve, which is a blessing for sure and a big responsibility.  You are just constantly reminded of that throughout the whole process. It lasted the better part of 15 months or so. You are routinely kind of reminded of the large responsibility that you have to serve, to be disciplined, to be thoughtful, to be careful, to be deliberate and to be open-minded as well.

Just one voice of 37, all of those people are extremely sophisticated in their own fields of expertise and came from literally every corner of the state with different ideological bents and different experiences and perspectives. When you blend all that stuff together with a process that was open, you have good results. … Given that everybody had a voice and when they wanted to be loud, they could be loud, and those things were considered. But at the end of the day, it’s still a deliberative body and the will of the majority rules and so that is how a commission like that is set up.

I think because of the openness and the consideration that those voices were given, each uniquely and individually, we ended up with what I think is a good product. Those eight proposals, I plan to vote for every one of them. Some of them are more transformative than others. But it doesn’t matter. Each of them I think will help move our state in the right direction until the next time the group meets and perhaps even thereafter.

Q: You personally sponsored three proposed constitutional changes, including a measure that would have guaranteed certain rights to nursing home residents, but none of them made it through the process. What was your biggest disappointment?

HEUCHAN: I think the nursing home one was my biggest disappointment. But you know lots of people were disappointed. Not everybody got everything that they wanted, let alone some of what they wanted.

As disappointed as I was that those proposals did not move forward, you have to rely on the wisdom of other people. You have to rely on the judgment of others. When you do that, you kind of surrender yourself to the will of the body. As disappointing as it was to let go of those things, there is some, I guess, joy in knowing that the issues were heard. They had a platform. I certainly was able to say whatever I wanted.

In the end it wasn’t enough to convince enough of the other people. But that’s OK. … You do the best that you can. I thought that we did that. My proposals were a victim of a deliberative process.

Q: The concept of grouping several constitutional changes into one ballot measure has drawn some criticism. Six of the eight 2018 ballot measures group multiple issues. Was this done by the two prior CRCs, and how would you explain it to your critics?

HEUCHAN: It was done by both of the two prior CRCs. In fact, it was done more prolifically than we did. We grouped less than either of the two earlier CRCs. In fact, at the bedrock of all of this, the Constitution that we are operating under now, which was ratified in 1968 by the voters … at its point of ratification, the entire Constitution was bundled or grouped, depending on the word you want to choose, into three amendments.

The explanation of the grouping is that it’s not a new concept. It’s not novel. It’s never been controversial, to my knowledge, until now. I was a little surprised by some of the critiques. But that’s OK, too. They have a perspective. I have a perspective.

My perspective is that you have to balance the length of the ballot with the serious consideration of the time it takes for people to work their way through a ballot, lines at the polling places. In some places in Florida, those ballots have to be translated. And whether we like it or not, more questions means a longer ballot.

But when it left Style and Drafting, it was six (grouped) and six (single subject). At the time, no one knew how many were going to pass (the full commission), so I felt a balance of grouped and non-grouped proposals was the way to go. It was dead-on even. And we brought all 12 of those to floor and only eight passed.

Q: There will be 13 amendments on the general-election ballot, the most ballot measures since 1998. Your committee discussed the issue of voter fatigue when facing a long ballot. Will that be a concern in November?

HEUCHAN: Absolutely it’s a concern. But again it’s a concern along with all the other concerns. It’s not prevailing, necessarily. I think in 2012, they had (11) amendments on the ballot. The voters of Florida are used to this sort of thing. I think 12 or 13 is not too many.

We knew we were starting with number six. So yes, that was absolutely a consideration of how many, which ones were they, where do you get in terms of the highest merit. But even that’s subjective. You could ask all 37 of those people and you would get probably 37 different answers.

Voter fatigue is always a consideration. There is a bright spot, though, in that the trends in Florida overwhelmingly lean toward voting prior to Election Day. In 2016, nearly 70 percent of Floridians who voted, voted prior to Election Day. But still you get 30, 35 percent, whatever the number ends up being, on Election Day. … You’re going to end up with a lot of people showing up on Election Day with the ticket that we have, with the Senate race at the top, the governor and the entire Cabinet, all the down-ballot races.

Q: Do you have any advice or suggestions for the next CRC that will meet in 2037-38?

HEUCHAN: Tons of advice. I actually wrote a lot of it down as well as a number of other people. We’re kind of making a time capsule, so to speak … so they can look at it. Then they can act on their own. That’s the craziest thing. You’re starting and stopping this fairly large operation in a year-and-a-half or less. It’s a huge endeavor.

The advice I would give to the next group of people is pay attention to the rules that you pass. Be as open-minded as you can when it comes to other people’s thoughts. Participate as much as you can. The more that I went to these public hearings, the more that I sat in committee meetings, the more that I learned. … You tend to lean on your compatriots who are smart in those areas.

There’s one specific recommendation that I would make that I think would have changed some of how we handled ourselves. There are two votes. There is a (majority) vote to send a proposal to Style and Drafting. And then there is a vote (requiring support from 22 members) to send it to the ballot. I personally like the 22 number but even more important than that, I would make those vote thresholds the same. Whatever it is, I would make it the same. That way you don’t have these proposals that are viewed differently, like it or not.

There is a lot of what we did that I would recommend that they consider doing, but they will have to figure it on their own. What’s good for us doesn’t mean it’s necessarily good for the next (commission).

In 20 years, I obviously don’t know what our life is going to be like then and what our culture is going to be like then. Even in 1998, they didn’t have Twitter, Facebook or Instagram. They barely had the internet. They didn’t have the 60 percent (requirement for voter approval) like we do. So there are a number of significant things that are different about this day and age than it was 20 years ago. And it will be the same 20 years forward.

The News Service of Florida is a wire service to which WUFT News subscribes.
Previous May 23, 2018: News in 90
Next New Safety Program Aims To Decrease Road Delays On Interstate 75