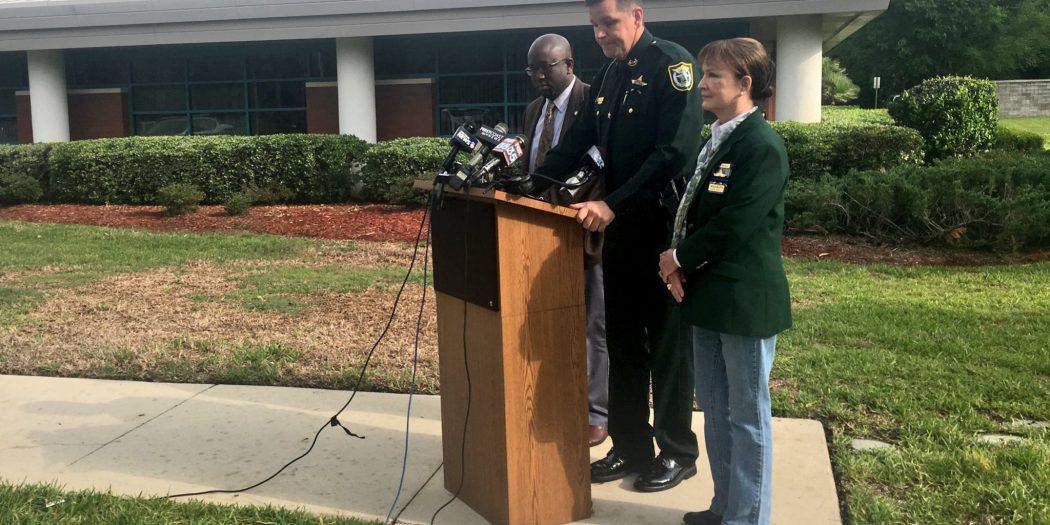 Eight days after he shot and killed Gilchrist County law enforcement members Taylor Lindsey and Noel Ramirez — and then himself — no one has claimed the body of the shooter.

Gilchrist County Sheriff Bobby Shultz held a press conference Friday morning to give updates about the investigation of John Hubert Highnote, a 59-year-old man who lived alone in Bell.

Shultz says the only photograph his office has of the shooter is his driver’s license photo, which is not public record.

“He was overweight, balding, and had a white beard,” Shultz read from a statement. “He is described as a “recluse” and a “loner” by the few people who knew him. His neighbors did not see him, nor were they even able to describe him.”

Shultz also says at this point in the investigation there is still no motive. Highnote on April 19 walked into the Ace China restaurant in Trenton and shot and killed Lindsey and Ramirez. Investigators don’t know why he ended up there.

“They were simply assassinated while having a meal,” Schultz said, adding: “Law enforcement as a whole is getting better at identifying those who are battling mental health issues. We ask only one, simple thing:  PLEASE STOP SHOOTING.  Give us, the Deputies, Police Officers and First Responders who arrive a chance to help you.  Please don’t shoot us or anyone else.  We want to help you.  Let us help you.  Please don’t shoot us.”

Lindsey and Ramirez were buried following a Tuesday ceremony at Bell High School.

Landon is a reporter for WUFT News who can be reached by emailing news@wuft.org or calling 352-392-6397.
Previous Plan Board Rejects Plan To Tear Down St. Michael’s Church And Build Businesses
Next Plans Revealed for Possible Coastal Connector Through Central Florida