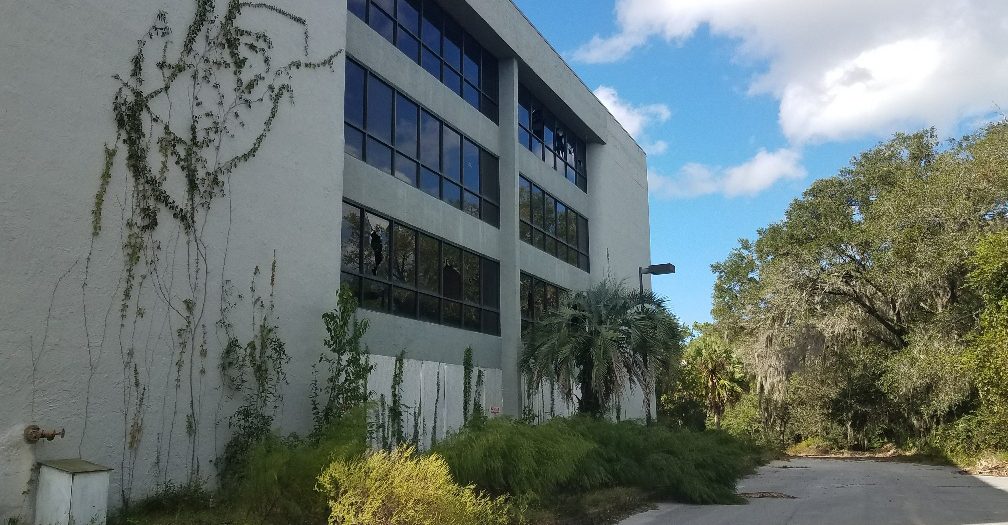 A deserted and vandalized building a few blocks north of Gainesville High School could soon undergo a commercial remodeling.

The City of Gainesville has deemed dangerous the 4-story building at 2002 NW 13th Street. A company called American East Hospitality, LLC applied for a building permit this week that would involve a $2 million demolition and renovation, then creating “72 unit suites.”

A sign out front still describes it as the Oak Park Executive Center but in the half-decade since it became abandoned, it has built up quite a sum of city code violation fines.

“These code violations include a dangerous, unsecured and open building, as well as the property not being maintained, meaning they haven’t mowed the grass,” Skinner said. “They are currently accruing a $1000-per-day fine, and that fine is at approximately $511,000.”

Representatives for the owner listed in county property records, Gainesville Alz Inn LLC — based in Venice, Fla. — did not return a phone message. The Alachua County Tax Collector’s Office shows the property is about $36,000 behind on its taxes over the past two years.

The city building inspection department is working to review the remodeling plan from American East Hospitality.