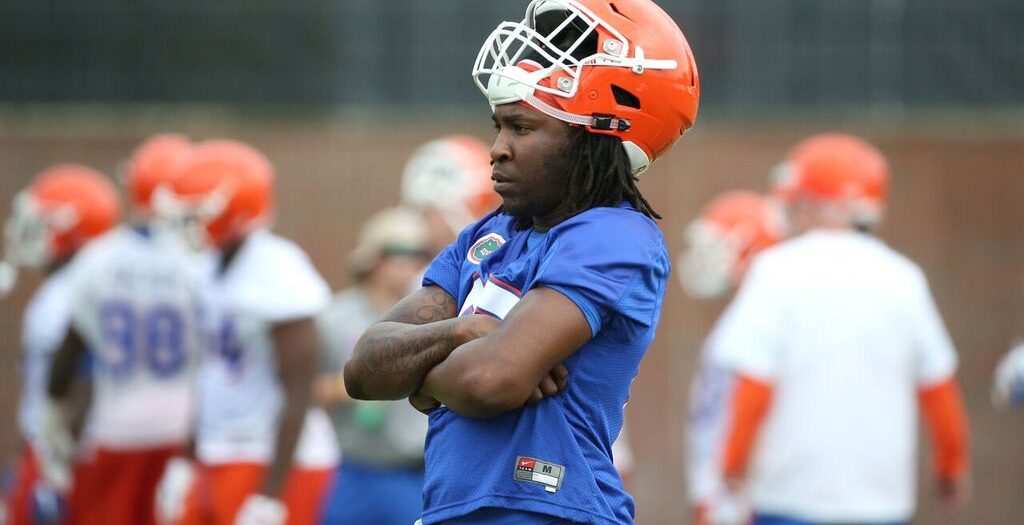 James Robinson was not medically cleared to play football at the University of Florida after an EKG test. (Courtesy of University Athletic Association)

The University of Florida football geared up for the season with this weekend’s Orange and Blue game, but one player on scholarship was unable to suit up due to a medical condition — one he’ll live with for life.

UF student James Robinson would be preparing for his freshman redshirt season if not for a swollen aorta. When Robinson found out about his heart, he broke down.

“You just have to live life with knowing you have a bad heart,” he said.

As a wide receiver for Lakeland High School, Robinson had a number of physicals that didn’t identify heart complications. Pain Management Doctor Robert Ulseth, of Ocala, explained how that can happen.

“It is limited to looking at cardiovascular, hernia, and any back or leg injuries and things like that — taking some history about what’s happened to them, and further evaluation if you see something going on,” he said.

In other words, a high school physical can only test so much.

“A typical high school physical is you use a stethoscope and listen to the heart sounds,” Ulseth said, “which does not guarantee everything is fine, but if you have absolute normal heart sounds and you have good exercise tolerance, you are considered physically fit by the hearts standard.”

What separates high school and college is more than a high level of competition. The medical testing is also advanced to help players like Robinson detect heart conditions. Stacey Higgins is the University of Florida assistant athletic director of sports health. She said an electrocardiogram, or E-K-G test, is part of their pre-participation physical exam.

“There are leads placed…on the patient’s chest, and it’s actually just looking at electrical activity in the heart. So we’re just looking for abnormalities in the way the heart is beating and how those electrical signals are being sent to the heart,” she said.

As for why this isn’t tested in high school?

There are more than seven million high school student athletes, and an E-K-G test costs about $100. Roughly, that’s $700 million or so each year to screen all of them, were the test mandatory.

Sean Smith, team physician for Santa Fe College, said, “From a workflow standpoint, it takes a significant period of time to have this many test done.”

This could have been avoided for Robinson along with many athletes suffering from heart conditions. The Florida House in 2014 approved a bill mandating EKG testing at state high schools, but the effort died in the state Senate.

Instead of just focusing on catching touchdowns, Robinson is working toward his degree in sports management.

“You have to get out and explore your life you never know when it can be taken from you,” he said.

The Buchholz High School football team travels to Ft. Lauderdale to take on St. Thomas Aquinas for a berth in the state championship game.