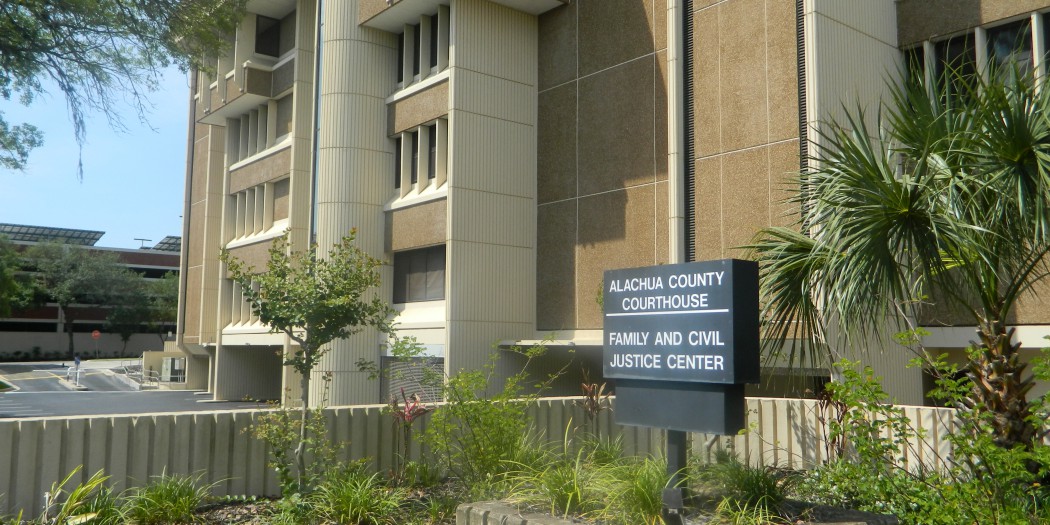 In phase four of the government implemented REAL ID Act, the 50 state and five U.S. territory IDs have been categorized into three categories: compliant with the new license standards, not compliant or under extension.

Although a majority of the state licenses, including Florida, are compliant with the REAL ID Act, 20 of the states are under extension. This means that they have until October of 2018 to update their state licenses to meet the new standards, or federal agencies like the Transportation Security Administration (TSA) will be prohibited from accepting the IDs. However, an alternate form of identification accepted by TSA without issue is the passport.

A couple months ago, the Alachua County Clerk’s Office became officially certified as a Passport Acceptance Facility by the U.S State Department. All qualifying U.S. citizens may purchase their passports from the Alachua County Family and Civil Courthouse at 201 E. University Ave.

“We are here to serve the people, and I thought it would be a nice service for us to offer the people of Alachua County,” said J.K. “Jess” Irby, Alachua County Clerk of Court. “So far it’s worked out real well. It’s just something I thought that was missing at the courthouse.”

The courthouse location offers longer passport service hours than the three other passport facilities in Alachua County. Residents can apply to get passports at the courthouse Monday through Friday from 8:15 a.m. to 4 p.m. without an appointment.

Those hours are slightly longer than the 10 a.m. to 3 p.m. Monday through Friday hours with a required appointment offered by the United States Post Offices located at 1630 NW 1st Ave. and 1401 N Main Street, and the 11 a.m. to 1 p.m. walk-in hours offered by the University of Florida mail and document services.

Gainesville resident and Santa Fe College student Jeremy Gagen said he planned on getting a passport this month in preparation for his trip to the Bahamas. However, he hasn’t been able to get to the post office in time due to the restricted passport service hours.

“I hadn’t even realized the courthouse was selling passports,” Gagen said. “That works out really great for me though, since I usually get out of class at 3 p.m.”

Irby said government crackdowns on flying without a passport also played a role in his decision to get the county clerk’s office certified to administer passports.

“Passports are becoming more and more required for travel,” Irby said. “In some cases, they won’t let you on the plane without one. You can’t even go to the Bahamas without a passport anymore. More and more individuals are needing them and having a hard time getting them.”

All American airlines require a valid photo ID, but the REAL ID Act, created by the U.S. government in 2005, makes it more difficult to fly with only a driver’s license, and in turn, is increasing the need for passports. According to the Department of Homeland Security website, the Act set minimum security standards for the issuance of state licenses and limits Federal agencies from accepting driver’s licenses from states that do not meet the Act’s standards.

According to the REAL ID Act rules and regulations, the new standards cover certain security features and information that must be included on the cards, application information to establish the identity and immigration status of the applicant and physical security standards for the certified facilities where licenses are made.

Although Florida licenses are compliant, the 20 state licenses that do not meet the new standards, including California, Washington, and Alaska to name a few, have received extensions (the full list can be found on the Homeland Security website). The extension grants the states extra time to either update their licenses to meet the standards or require their residents to purchase passports for domestic flights.

Passport cards are only valid for travel by land and water between the U.S. and Canada, Mexico, Bermuda or the Caribbean.

Since becoming certified, Irby said the courthouse has been averaging about 18 people a day coming in to apply for passports.

Jasmine is a reporter for WUFT News who can be reached by calling 352-392-6397 or emailing news@wuft.org.
Previous Apr. 16, 2018: Morning News in 90
Next Term Limits For Florida School Board Members Might Appear On The 2018 Ballot