“What Were You Wearing?” Exhibit At UF Seeks To Put Sexual Assault Myth To Rest

By William Daffron and Heaven Taylor-Wynn

“What were you wearing?”

It’s a question that victims of sexual assault hear all too often. The implication of the question, whether intended or not, is that the sexual assault could have been prevented if the victim were wearing something else when they were attacked.

An exhibit called “What Were You Wearing?” recently opened at the University of Florida’s Ustler Hall and seeks to dispel that myth once and for all.

The exhibit, inspired by Mary Simmerling’s poem, What I Was Wearing, was created based on stories from anonymous UF students detailing their assault and what they were wearing when it occurred. The project received 34 submissions, 13 of which were chosen for display.

“I’m proud to have brought this to UF,” said Lazaro Tejera, the director for the Gender and Sexualities Committee of UF’s AMSA chapter, and the student who came up with the idea of having the exhibit on campus.

Each display features an outfit recreated from a student’s story along with a card that displays each story.

The design of the exhibit is simple, but that doesn’t take away from its impact. The clothing on display is just normal everyday clothes, things as simple as jeans and a t-shirt or pajamas. It demonstrates the harsh reality of sexual assault: Anyone can be a victim, regardless of what they are doing or what they are wearing. 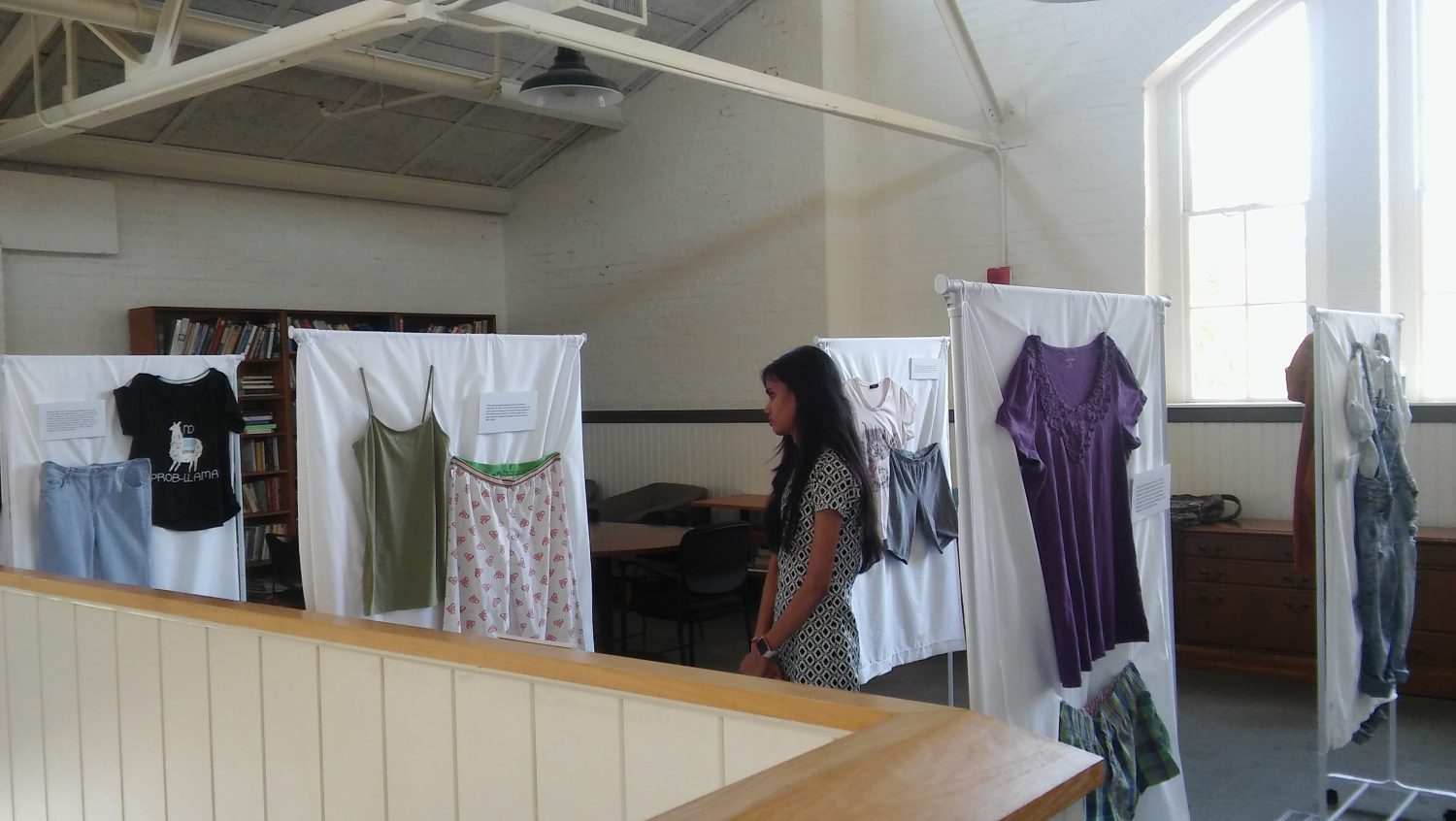 “One of the reasons why this exhibition is so powerful is because it shows how ordinary the clothes were that the survivors were wearing at the time of their sexual assault,” said Dr. Maddy Coy, a lecturer in the university’s Center for Gender, Sexualities, and Women’s Studies Research.

The exhibit also removes the stereotype that attackers are always anonymous strangers the victim has never met. The students whose stories were displayed were victimized by friends, significant others, and even family members.

UF’s exhibit is one of 162 exhibits to appear in colleges across the country since the first exhibit appeared at the University of Arkansas in 2013.

The exhibit was created as part of a collaboration between the American Medical Student Association and STRIVE at GatorWell. The organizations spent a long time planning and creating the exhibit and are hoping it will reach as many people as possible.

“It means a lot for me, to not only put it together, but to be the voice for other people and share their stories if they don’t want to do it outwardly,” said Brenna Masgai, a peer educator at STRIVE and one of the exhibit’s student organizers.

The exhibit will be displayed through April on the third floor of Ustler Hall. There will be an opening reception for the event held on Friday, April 6 at 5:30 p.m. 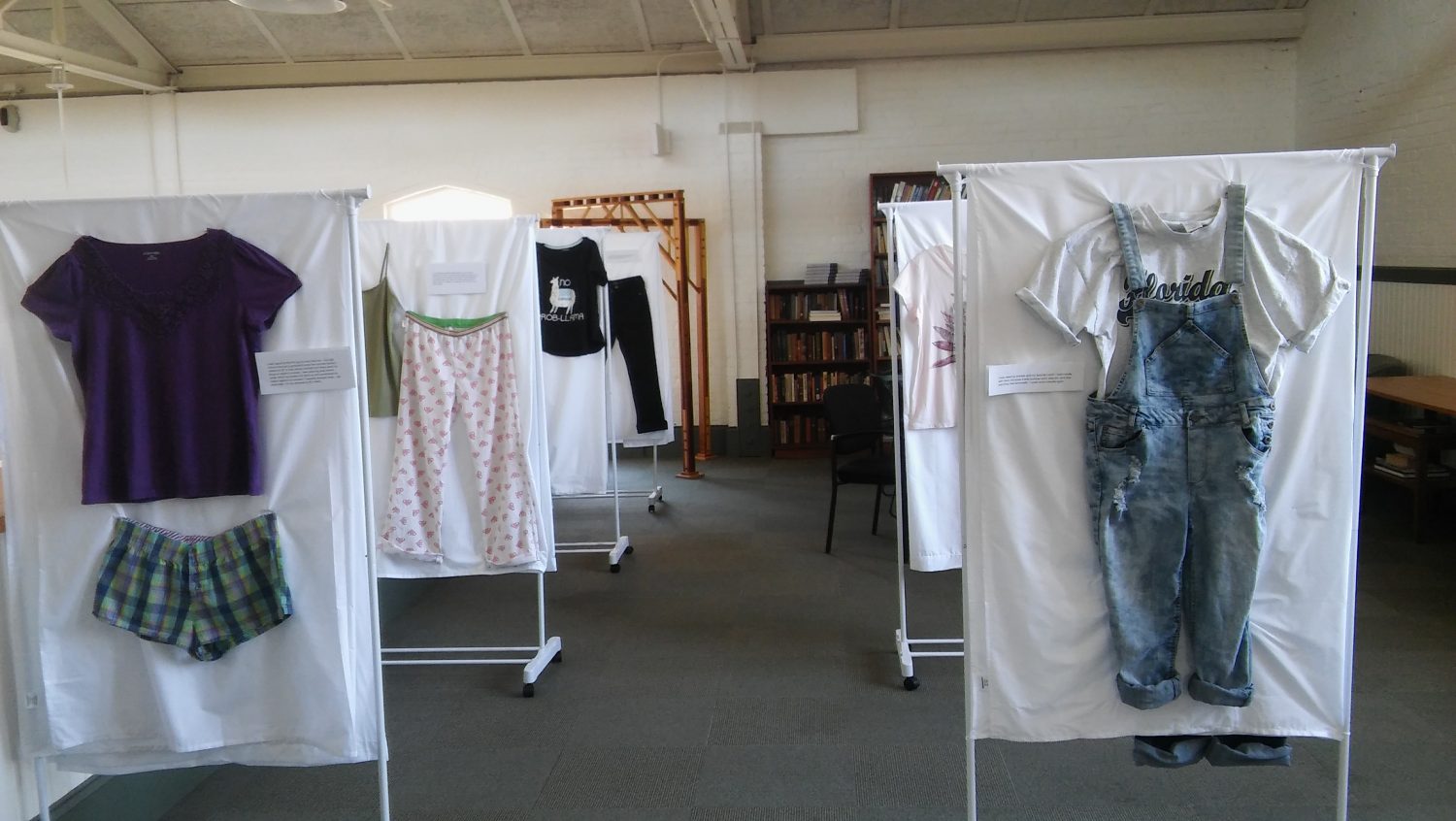 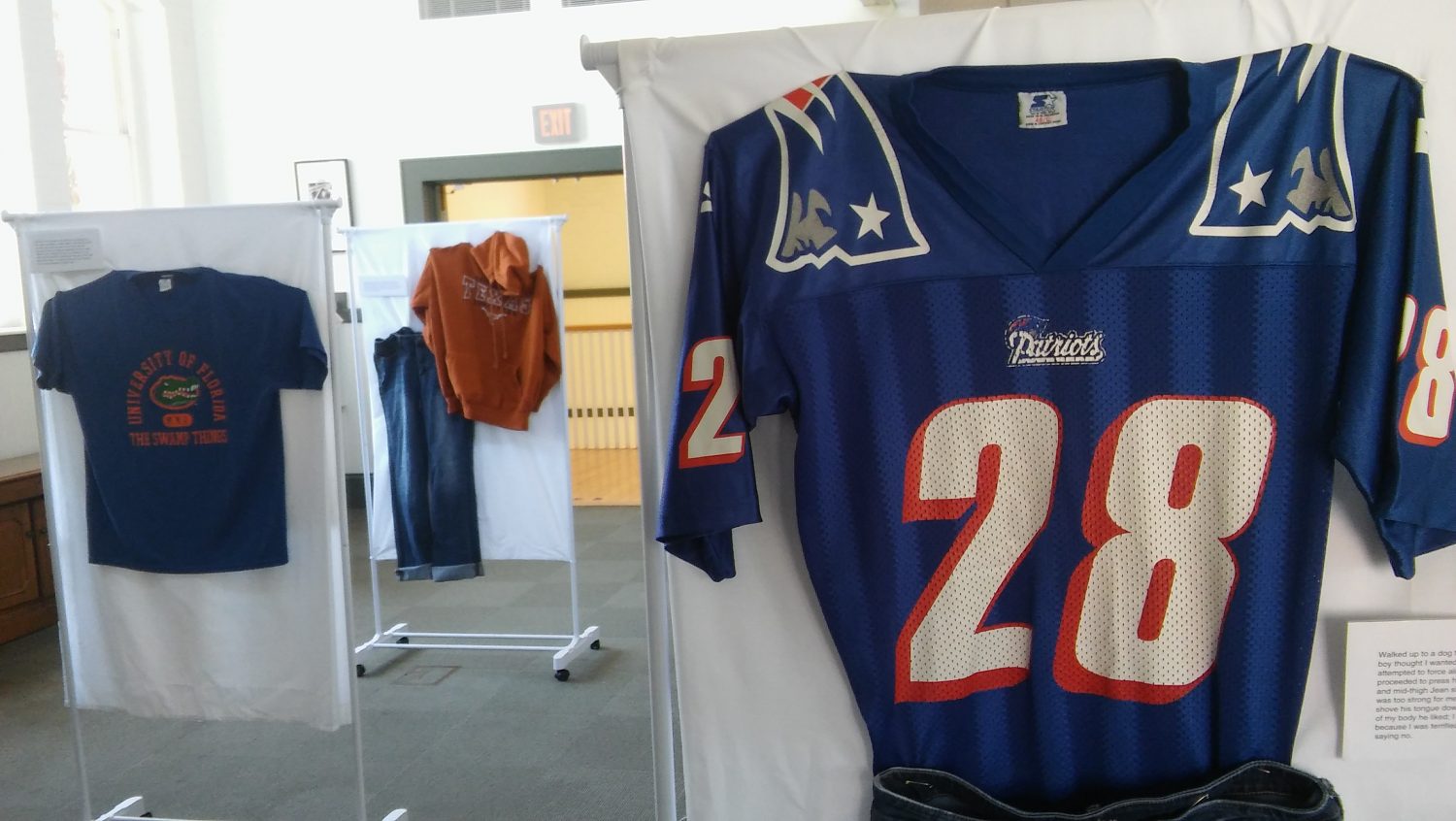 William is a reporter for WUFT News who can be reached by calling 352-392-6397 or emailing news@wuft.org.
Previous Above-Average Hurricane Season Predicted For 2018
Next Penny Sales Tax Allows Marion County To Snag Three $400K Fire Engines