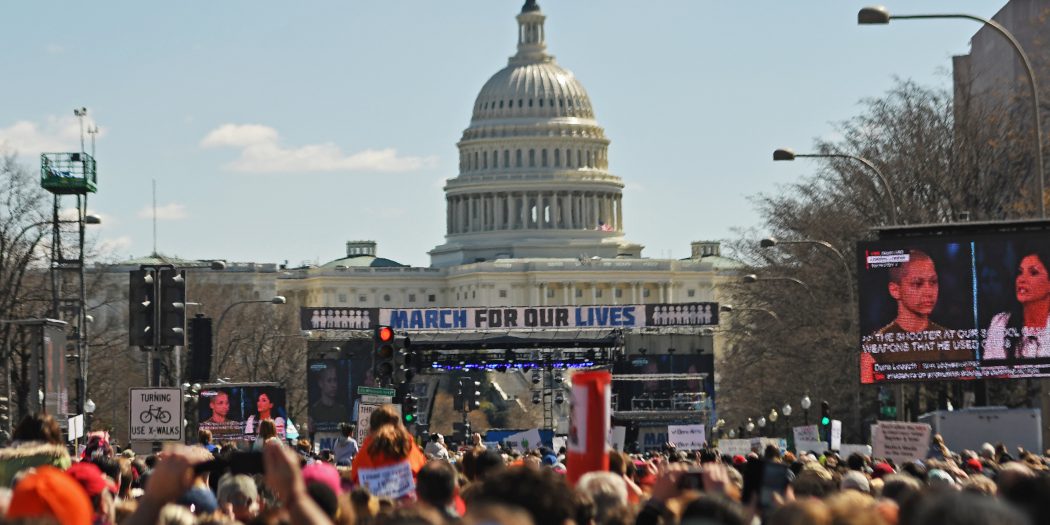 ‘There’s So Much More To Come’: UF Students Energized After D.C. ‘March For Our Lives’

On the afternoon of Feb. 14, Kathryn Smith received a text message. Her younger sister, Nicole, was trying to find shelter at her high school.

“I don’t know what’s happening, but I’m running away,” Nicole told her older sister. She hid behind seats in the auditorium for hours as she texted Kathryn about what was happening.

Nicole made it out of the school alive, but both of them are forever changed. Kathryn knew she needed to take action.

“Our siblings, family friends, community should never to have to have gone through this,” Kathryn said. She attended the  “March for Our Lives” demonstration in Washington, D.C. with more than 100 other University of Florida students.

She met with other MSD alumni and proudly carried her sign, which read “protect kids not guns.” She also watched as her sister took the stage alongside other MSD students.

“It fulfilled them with such joy knowing that everyone was behind them,” Kathryn said. “But, what we saw was just the beginning, not the climax. There’s so much more to come.”

University of Florida freshman Alyson Moriarty is also ready to make her voice heard in the #NeverAgain movement. She says instead of grieving, she decided to take action.

“The best way I could get involved and try to fix it was to go to the march and to show how i feel about guns and gun control,” Moriarty said. She carried a sign with subject grades and a blood types — indicating her fear that school shootings will continue to happen.

Now that the “March for Our Lives,” is over, she’s calling politicians to advocate for an assault weapons ban and stricter background checks.

“I think they should think about the common sense and how many people are dying from it,” Moriarty said. “I want to make a change and to fight for a change.” 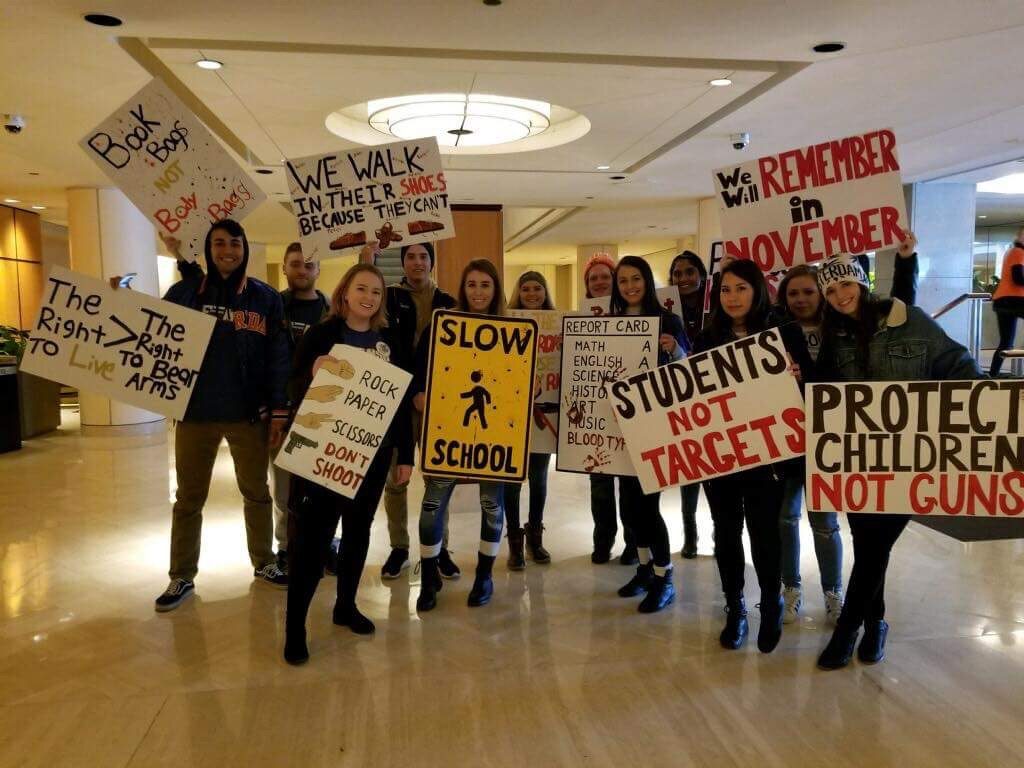 One of the politicians Moriarty is calling is Senator Marco Rubio (R-Fla.), who released a statement Saturday on the students’ peaceful demonstration.

“I commend those who today are peacefully exercising their First Amendment rights to march in favor of a gun ban,” Sen. Rubio wrote. “While protests are a legitimate way of making a point, in our system of government, making a change requires finding common ground with those who hold opposing views.”

He added that he does not agree with all the solutions they propose, such as certain gun bans.

So far, the United States House of Representatives has passed the “STOP School Violence Act of 2018,” a measure aimed at stopping threats to student safety. But it doesn’t include anything about guns, and hasn’t made it past the United States Senate.

There are other legislative challenges as well: no major piece of gun control legislation has ever passed with a Republican-controlled House and Senate.

It’s also been 24 years since Congress passed its last major piece of gun control legislation, The Violent Crime Control and Law Enforcement Act of 1994,which temporarily banned assault rifles. In the mid-2000s, all the efforts to renew the ban failed.

Still, students like Moriarty and Kathryn aren’t discouraged. They pointed the step forward the Florida legislature took this past session, as well as the possibility of change after the 2018 midterm elections.

“I know I’m calling politicians for the next 226 days,” Moriarty said. “I definitely don’t think it’s stopping at all.” Kathryn agrees.

“This isn’t stopping until we see change,” Kathryn said. “We’re going to keep fighting this fight.”

Grace is a reporter for WUFT News who may be contacted by calling 352-392-6397 or emailing grace.king@ufl.edu.
@gracelking
Previous Florida Farmers Say Year-Round Daylight Saving Time Should Be Nationwide
Next March 27, 2018: Morning News In 90