10,000 Participate in ‘March For Our Lives’ Rally in Parkland

By Raymon Troncoso and Ramsey Touchberry

With signs held high below a blistering Florida sun, they walked in complete silence around the building where 17 of their classmates were gunned down over the course of 6 minutes and 20 seconds.

Student organizers from Marjory Stoneman Douglas High School on Saturday afternoon led more than 10,000 supporters two miles to the site of the Feb. 14 shooting. After half an hour of shouting chants and rallying cries, the students asked the large gathering to remain quiet in honor of their fallen friends and loved ones.

This was the scene of Parkland’s “March For Our Lives,” one of more than 800 similar events taking place around the world.

Despite the fact that many of her friends and fellow student activists decided to join the march in Washington, D.C., by far the largest of the planned protests, Stoneman Douglas student and march organizer Alyssa Fletcher believed it was important to have an event where the movement began.

“This is my hometown, and I grew up here. Being where the tragedy occurred was more meaningful,” said the 11th grader.

The Fletcher family had moved to Parkland 20-some years ago, before Fletcher was born. Two of her siblings were Stoneman Douglas alumni who now attend the University of Florida.

“I knew the march was not just going to be political but emotional as well,” she said.

Before the march began, emotions were pouring out on stage in Pine Trails Park where students, teachers, alumni and parents spoke to an audience of supporters.

Max Schachter, whose son, Alex Schachter, was killed during the shooting, burst into tears behind the lectern while he shared his son’s story.

“That monster never entered Alex’s classroom. If the doors had just been bullet-proof, many others would still be alive today,” Schachter said to applause.

The father, along with many of the chosen speakers, vowed to never stop fighting for gun control.

Samantha Mayor, a student who was struck in the knee by a bullet during the shooting, echoed Schachter’s sentiment after unsteadily climbing the podium in a thick leg brace.

“A murderer should not have been able to enter the hallway and shoot through the window of our classroom,” she said.

Still, gun policy remained at the forefront of the protest.

Casey Sherman, a close friend of Fletcher, was one of two founders of Parkland’s March For Our Lives.

Behind the microphone at Trails Park, she called for increased gun control while invoking the tragedies of both her school and Sandy Hook Elementary. Sherman, later armed with a bullhorn at the front of the march to Stoneman Douglas, led the crowd in chants of “vote them out!” and “the NRA must go!”

Sherman emphasized in an interview after the march that the event was not a one-off call for gun control. Pointing to voter registration stations around the venue, she said the march was simply the beginning of a larger political movement. A movement that has the National Rifle Association and politicians they support in the crosshairs.

“If our current legislative officials will not work toward gun safety measures that we, their people support, then we will elect new representatives that will,” Sherman declared on stage.

“Enough is enough!” The crowd answered back.

Below, a photo gallery from WUFTs Ramsey Touchberry: 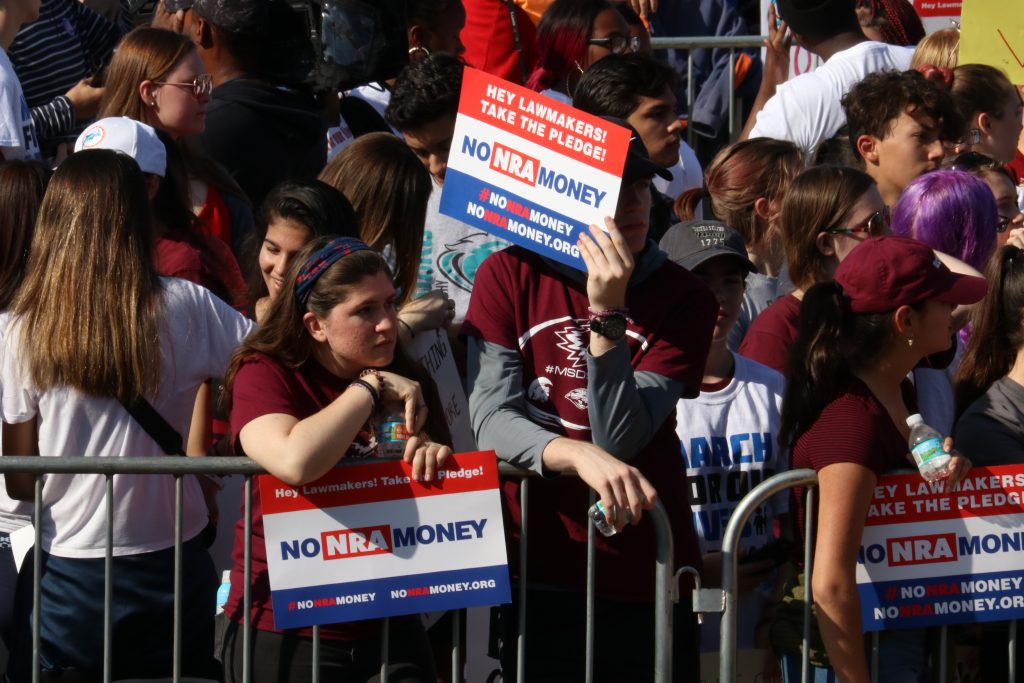 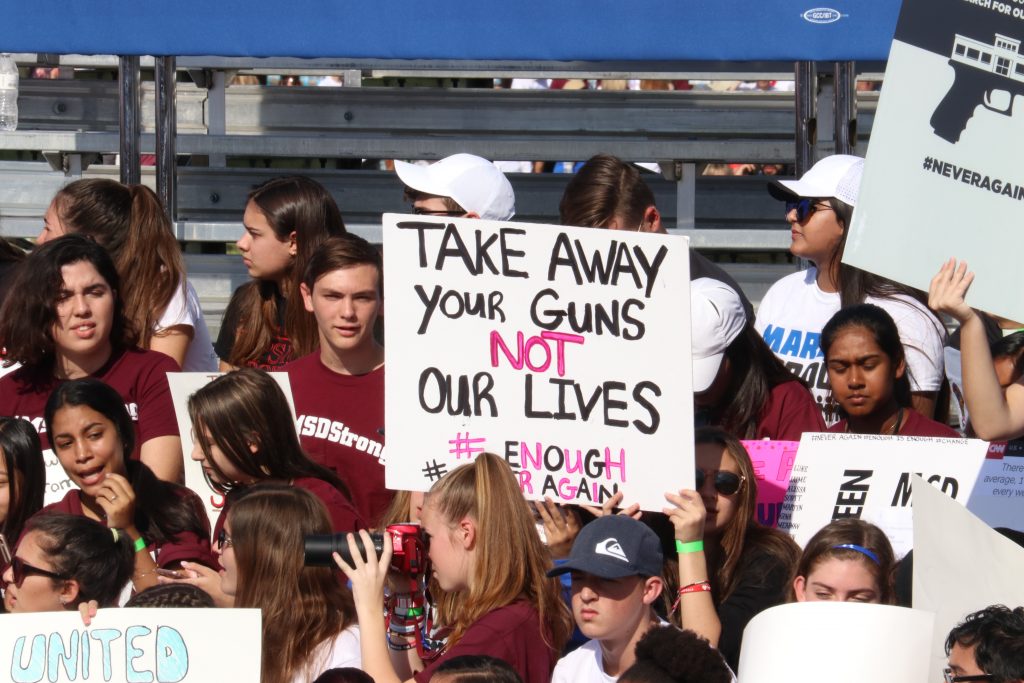 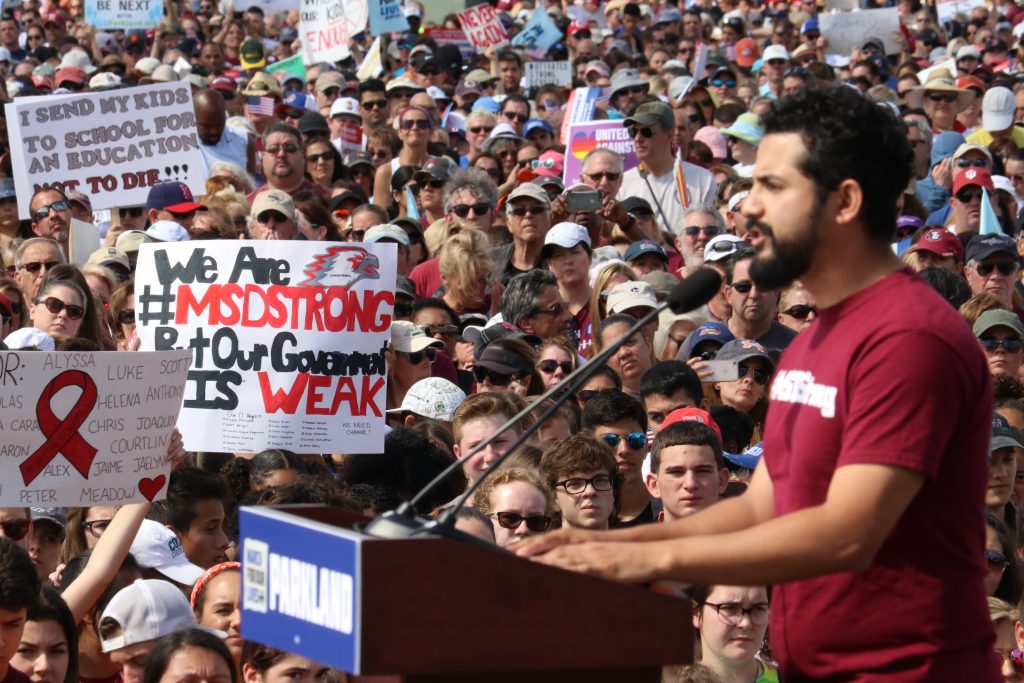 Raymon is a reporter at WUFT News and can be reached by calling 352-392-6396 or emailing news@wuft.org.
Previous ‘Vote Them Out’: People March From Gainesville’s Bo Diddley Plaza To Protest Gun Laws
Next Florida Voices | Aaron King, Struggling to Find Identity