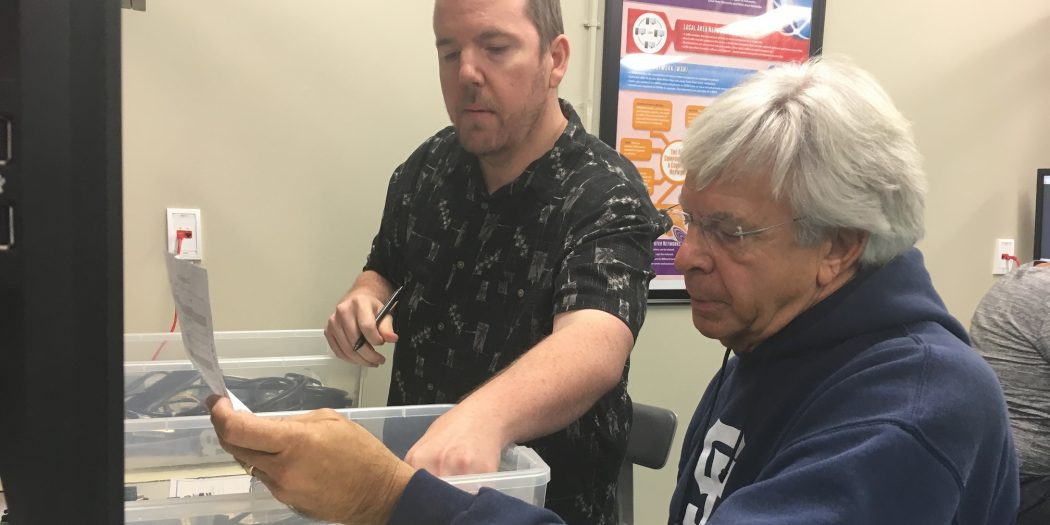 Santa Fe College President Becomes A Student For A Day

He traded in his usual clothes for the day and opted instead to wear a college sweatshirt and some blue jeans so he could really get a feel for the experience.

Sasser isn’t new to roleplaying as a student though. He’s been doing this event every year for the past 15 years since the first year he became president of the college.

He said that this event is not a gimmick and that it’s not about PR.

“I’ve always believed, how do you lead what you don’t know?” Sasser said.

His goal for the day was to try to blend into the classroom setting.

“My first thought as I planned, and I asked the faculty not to introduce me at the beginning of the class, because I want to be authentic. If at the end they want to say who this weirdo man is in the class, I’m fine with it,” Sasser said. “But I’d love to be a part of the learning process and see how students interact.”

The first class he attended was an 8 a.m. integrated math class. Sasser said that he never had an 8 a.m. class while he was in college.

During the class, students learned how to factor trinomials. At the end of the lesson when the students were given time to work on their homework, Sasser spent some time talking to the students about their future career goals.

He advised the students to “find something you can’t live without.”

Jennifer Chinnery, an integrated math student, thought it was great that Sasser came to her class.

“I mean I didn’t know who he was, I’ve obviously never met him before,” Chinnery said. “I think it shows that he is concerned with students and their wellbeing and their general happiness.”

Chinnery said that Sasser is very personable and very kind.

“He just seems like a regular guy that you could literally go talk to if you wanted to,” Chinnery said.

She said that in the future, she hopes that he will visit some of Santa Fe’s other networking and security classes.

“If I could afford it, that’s all I would do is go to class,” Sasser said. “I’m curious about everything.”

Kylie is a reporter for WUFT News who can be reached by calling 352-392-6397 or emailing news@wuft.org.
@kyliewidseth
Previous UF Health Shands Transforming The Healthcare Environment Through The Arts
Next Local Fundraiser Helps Fight Child Hunger In Gainesville