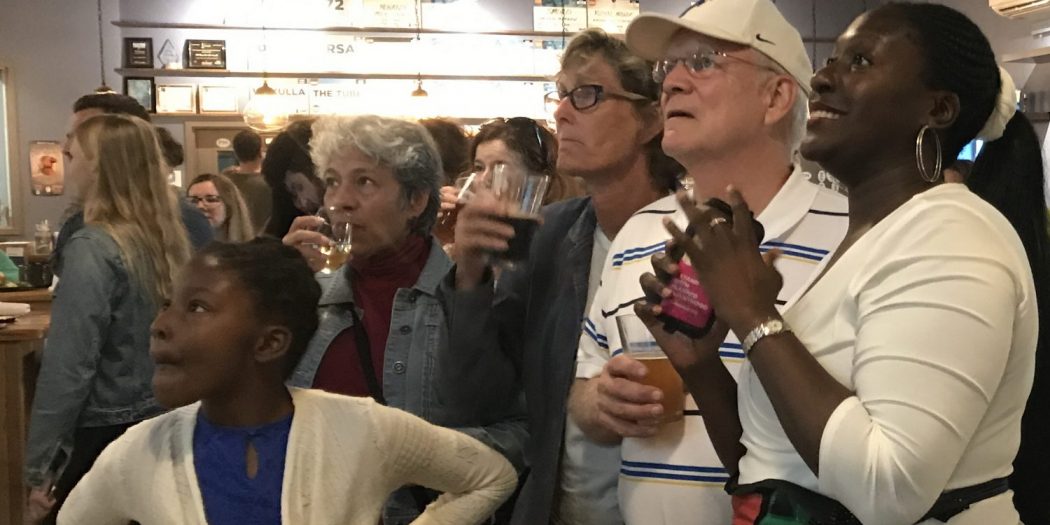 Commissioner-elect Johnson held a watch party at First Magnitude Brewery where she was well supported.

“Everybody that I’ve talked to understands, by living in Gainesville, they just are understanding of the disparitie,” Johnson said, “and that was a big talking point of mine and a big platform point for me so that really resonated with people.”

With her new position, Johnson plans to continue speaking with people about affordable housing, which is what she believes is most lacking in the community. Johnson also plans to establish better equity between east and west Gainesville.

“What surprised me was that in every single neighborhood, no matter what the demographic, people were concerned about equity and people were ready to do something about it,” she said.

Katy Burnett, one of Johnson’s campaign managers, was excited about the results.

“I feel wonderful. We worked so hard for this. When you look at these big numbers you think there wasn’t a lot of work there but my interns made 2,800 phone calls today. We worked for this and worked hard,” she said.

Johnson said her success was because of the groundwork that was put in.

Johnson said she is the first African American elected to an at-large commission seat in Gainesville in more than 30 years. She sees it as a sign of change.

“We’re seeing it at every level and every state. I think that we’re going to be flipping a lot of red seats to blue. I think that we can also do that in Florida over the next couple of election cycles,” she said.

Budd said he was surprised by the election results. He said his campaign had a slow start and did not have the momentum to catch up to Johnson. Budd said he wishes Johnson the best and will help to make her transition into office as smooth as possible.

“I think she did a great job,” he said. “I think it was time for a woman to be elected to the city commission.”

Johnson said she plans to work with Budd in the future.

“We both ran a really competitive race. We were both respectful and we ran on the issues and there was nothing personal, so I’m really happy that we both stuck to that, and he is very gracious and a nice person,” Johnson said.

Her supporters watching the returns and listening to her victory speech Tuesday night looked forward to Johnson’s swearing-in.

“I think Gail will bring a lot of enthusiasm and intelligence to the office,” Joanna Vajda said. “I’m really excited.”

The results of the election will be finalized on Thursday once the Alachua County Canvasing Board meets.

Zindzi is a reporter for WUFT News who can be reached by calling 352-392-6397 or emailing news@wuft.org.
Previous Mar. 20, 2018: Evening News In 90
Next Gigi Simmons, Charles Goston Head To Runoff For Gainesville District 1 City Commission Seat