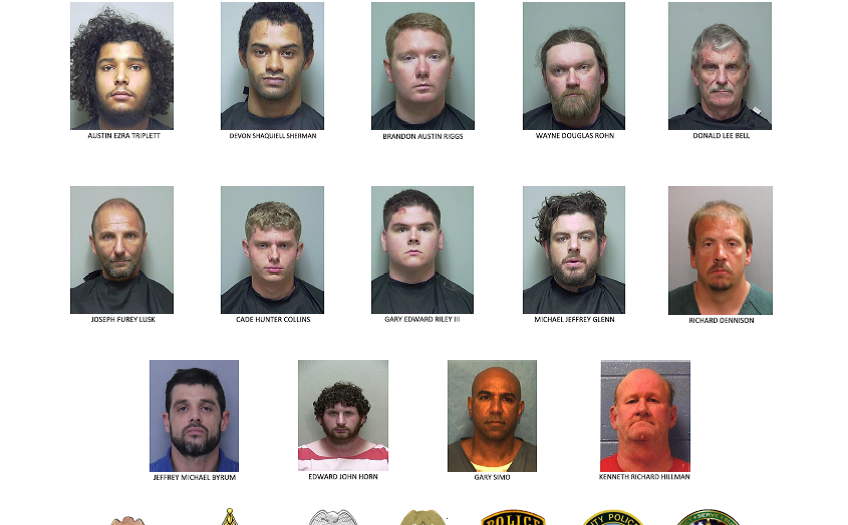 Putnam County Sheriff’s Office concluded an undercover operation cracking down on online sexual predators in which 14 men were arrested. The sting, “Operation Be Mine,” began in early February.

The accused, ranging in age from 18 to 63 years old, either traveled with intent to have sex with a minor or solicited a minor over the internet for sexual purposes, according to law enforcement.   Many of the suspects drove to a secret location expecting to have sex with minors between 11 and 14 years old, but instead were  greeted by a SWAT Team. One of the men is a college student from Gainesville and another is a Department of Corrections’ juvenile detention officer.

“We all need to go home and remind ourselves as parents to always ensure that our children are being safe whenever they are on the Internet… They have to realize they never know who they are talking to on the other end of that computer,” said DeLoach.

“There is no shortage of sexual deviant behavior. It’s good that we were able to get these folks before they committed any additional crime, before they were able to victimize someone physically.”

Sheriff DeLoach said in a news release, “Although only one suspect was from Putnam County, I hope this operation puts Putnam County on the map as a place where out-of-town predators are not welcome.  If you travel to Putnam County in hopes of victimizing our children, you will be targeted and you will be arrested.”

Quan is a reporter at WUFT News who can be reached by emailing news@wuft.org or calling 352-392-6397.
Previous Will Gov. Rick Scott Sign Legislature’s Compromise On Guns?
Next WUFT’s Glenn Richards Speaks with NPR’s ‘Invisibilia’ Co-hosts about Season 4