With the Oscars right around the corner, many of us are thinking about movies we love. While viewing this year’s Best Picture nominations may be the best way for some to prep for Sunday’s Oscar telecast, some film fans may simply choose to re-watch their definition of classics.

It may seem like a stretch to think that some well-known and beloved films were shot within miles of Gainesville and across North Central Florida, but there are numerous movies that were filmed in our area and across the state.

Moonraker follows Bond, James Bond, to Venice, Rio de Janeiro and into space. In this science-fiction thriller, Bond alongside a CIA agent is investigating the hijacking of an American space shuttle. The two face-off against an industrialist whose plan could possibly destroy all human life on earth. One of the fight scenes in the 007 flick was shot 30 miles south of Gainesville in Silver Springs, just east of Ocala. 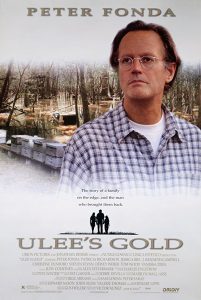 Ulee’s Gold tells the story of a Florida beekeeper, Ulysses “Ulee” Jackson, played by Peter Fonda, who is a widower and raising his granddaughters after his son got sent to prison. Fonda earned an Academy Award nomination and won a Golden Globe for his work as the Vietnam vet navigating a family drama. It was shot in Wewahitchka, Florida, as well as Orlando, Port St. Joe, Apalachicola and Carrabelle. 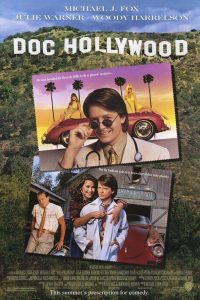 The small town of Micanopy played host to actor Michael J. Fox who helmed the title role of a young plastic surgeon who leaves a job in Washington, D.C. for a bigger one in Beverly Hills. Locals had extra roles in this sweet romantic comedy. The plot: On a cross-country drive to his new life, Fox runs off the road and crashes his car into a fence in what the film portrays as Grady, South Carolina. A small-town judge sentences Fox to community service at a local hospital, rather than allow him to pay his driving-infraction fine in cash. Stranded because his car is wrecked, the doctor is humbled by his work as he gets to know the locals, meets a cute girl and rethinks the big life he’s planned.

This Oscar-winning fantasy surrounds the residents of an old folks’ home in Florida who get a new feel for life after entering some kind of “fountain of youth,” that they later find out is inhabited by aliens. Ten thousand years prior to these elders entering the pool, aliens came across it and began using the pool to store their cocooned brethren (hence, the name of the movie), which is what gives the water its powerful and rejuvenating quality. The film received two Oscars: Best Supporting Actor and Best Visual Effects. The film was shot in and around St. Petersburg. 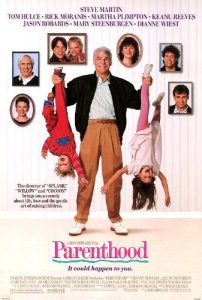 Steve Martin brought humor to the screen as per usual with this comedy-drama about the foibles surrounding parenting. Martin’s character is a perfectionist who struggles with the deficiencies of his children, feeling like they reflect poorly on him. When his three siblings come into the picture with their own difficulties with parenting, they add to the stresses in Martin’s life. Shots from this movie were primarily filmed in Orlando, but some were also filmed at the University of Florida. 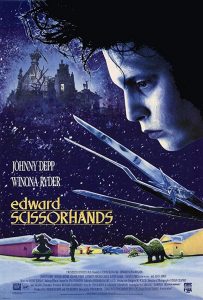 When the scientist who created him died before he could finish his creation, Johnny Depp’s Edward Scissorhands is left with a freakish appearance, most specifically the blades he has as hands. When a saleswoman comes across him, she takes him in. At her house, he meets and falls in love with her teen daughter. Despite his kind nature and artistic talent, he remains an outcast. The majority of this film was shot in Land O’ Lakes. 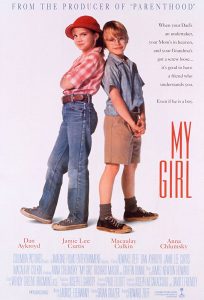 This coming-of age film follows tomboy Vada Sultenfuss, an 11-year-old whose mother died giving birth to her. Her dad operates a funeral service out of their home. Her best friend is a boy, and she’s desperately in love with her English teacher. Talk about a lot for a young girl to be coping with. Though the film is set in Pennsylvania, a lot of the filming took place in Florida: Sanford, Bartow, Ocoee and Plant City. 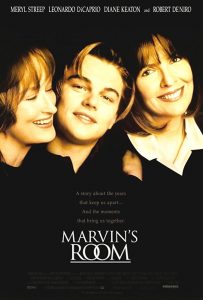 If there ever was a definition for an all-star cast, it’s in this movie. Marvin’s Room stars Diane Keaton, Meryl Streep, Robert De Niro and Leonardo DiCaprio. Keaton and Streep play two sisters who have a fairly distant relationship and have for the last 20 years because of their very different personalities and ideal paths of life. When Keaton’s doctor (De Niro) tells her that she has leukemia and needs a bone marrow transplant, the sisters reunite. Shots of Kissimmee can be seen throughout the movie. An Adam Sandler classic that follows Bobby Boucher Jr.’s struggle with his overprotective mother over his love for football, even if he is just The Waterboy. When the first coach fires him, he becomes the water boy for the losing rival football team. After tackling a player who made fun of him too much, Boucher gets put on the team as a linebacker. While the movie takes place in Louisiana, it was filmed in Orlando, Daytona Beach, DeLand and Lakeland.

Less than 24 hours after being released from a New Jersey penitentiary. George Clooney’s Danny Ocean is already planning his next heist. He follows three rules: Don’t hurt anybody, don’t steal from anyone who doesn’t deserve it and play the game like you’ve got nothing to lose. Following these rules, Ocean pulls off the most elaborate casino heist in history. A few of the shots in the movie were filmed St. Petersburg.

Channing Tatum gives the viewers a glimpse at his past with this 2012 dramedy. By day, Tatum’s Mike makes ends meet however possible, whether it be as a handyman or a car detailer. By night, Mike bares all at a male strip club in Tampa. He takes the 19-year-old Kid under his wing and shows him the tricks of the trade of being a stripper, which in turn teaches Mike the downside that he hadn’t seen before. Filming took place in Tampa and St. Petersburg.

The infamous Spring Breakers stars Selena Gomez, Vanessa Hudgens, Ashley Benson, Rachel Korine and James Franco. The four girls are short for cash for a spring break trip, so they rob a local diner and head down to Florida. The police catch up to them and arrest the girls. When Franco’s character Alien, a drug dealer and aspiring rapper, bails them out of jail, the girls quickly get caught up in his life of crime. Shots were filmed in Tampa, St. Petersburg and Sarasota.

This creepy horror film, featuring a ghastly half-man, half-amphibian with eyes for a beautiful girl, looks campy now, but it worked for its era. Plus, it was filmed in 3-D. While much of it was shot in California, Wakulla Springs State Park, about 14 mile south of Tallahassee, served as a location set for river and underwater filming on this black and white movie, which has become a true cult classic.

Christy is a reporter for WUFT News and can be contacted by calling 352-392-6397 or emailing news@wuft.org.
Previous Butler Plaza Merchants Anticipate Construction Completion, Boost In Business
Next Mar. 2, 2018: Afternoon News In 90