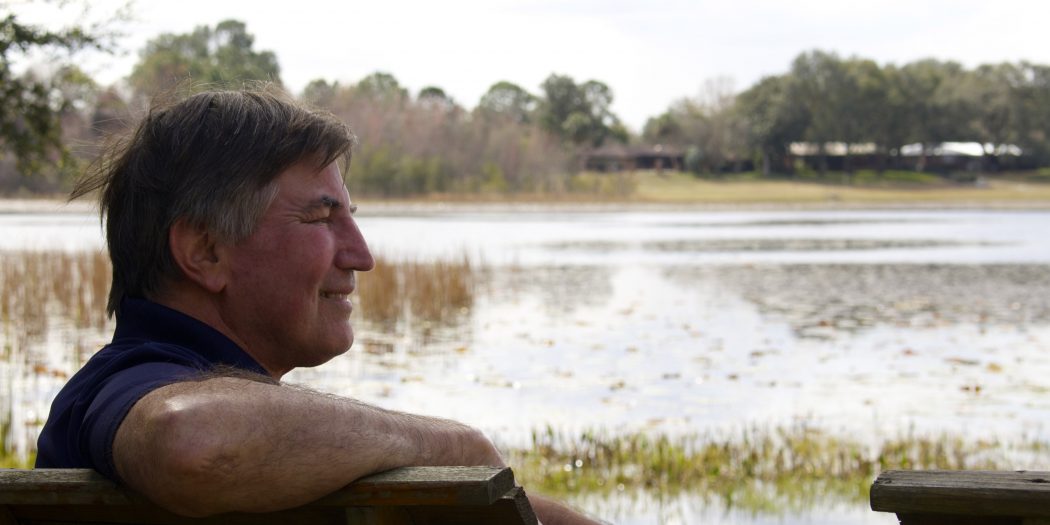 LOOKING FOR ANSWERS – John Katterhenry, 60, of Keystone Heights, Florida, looks out to the shoreline of Lake Geneva Feb. 1, 2018. Katterhenry has lived along the lake for 8 years, he said. (Max Chesnes/WUFT News)

Keystone Heights’ Lakes Might Get State Funding For Water Replenishment, But Not Everyone’s Happy

This story is a part of Untold Florida, a WUFT News series built from your questions. Bill Cushman, an audience member, asked us, “I would like to know where all of the water went in the lakes in Keystone Heights?”

After a unanimous vote by the Florida Senate, John Katterhenry is one step closer to the backyard view he’s always wanted.

The 60-year-old resident of Keystone Heights has been tracking the movements of Senate Bill 204, which could finally raise water levels in the lake behind his house, he said.

The bill, if it becomes law, would amend the Land Acquisition Trust Fund to provide added funding to projects aimed at restoring the St. Johns River and the Keystone Heights Lake Region. The proposal aims to designate $50 million annually toward restoration.

The Senate’s 35-0 approval on Feb. 7 moves the bill to Florida’s House of Representatives for consideration.

Katterhenry has lived on the shore of Lake Geneva for 8 years, he said. His father purchased property along the lakes in the 1960s, and the family has watched water levels decline.

“There’s lots of people pumping water out of these lakes,” Katterhenry said. “I think there’s more straws stuck into the glass than there was 30 years ago.”

As Katterhenry sees it, the environmental impacts of falling water levels could be felt statewide if the state takes no action.

“The Florida Aquifer feeds this entire area,” Katterhenry said. “Any help we can get will be a long-term benefit to everyone in this area of the state.”

Louis Motz, a 73-year-old University of Florida emeritus professor of civil and coastal engineering, said he has studied the Keystone Heights water levels since the early 1990s.

“The primary driving force that affects these lakes is rainfall,” Motz said. “During wet years, the lake levels are up. And during dry years, the levels decline.”

Motz has worked directly with other engineers to find the most effective method to raise Keystone’s water levels, he said.

“There’s a number of factors that need to be considered,” Motz said. “The most important include water quality and the environmental impacts.”

Eager for change, Katterhenry said opponents to Senate Bill 204 — namely those in Middleburg’s Black Creek area — should research how important the Keystone Heights area is to the Florida Aquifer and should try to understand the wording of the legislation.

“It breaks my heart to see what’s happened to the lakes, and it’s important that we do something about it,” he said.

Bradley said it is now up to the House of Representatives to take up and pass the bill. There are several opportunities to receive funding in order to finish the restoration project, like including money for the St. John’s River and the Keystone lakes in the general appropriations act, he said.

“If this bill is implemented, we will go a long way toward making sure that the lakes get the water that they need,” Bradley said. “This is an issue that has been talked about for decades, and there’s been a lot of talk and no action.”

A portion of the allocated $50 million would aid in the plan to siphon water from Black Creek in Middleburg to the Keystone Heights Lake Region, according to the bill. While many residents of Keystone Heights favor the proposed pipeline, many Middleburg residents worry for the wellbeing of the creek.

Sean Morgan, a 29-year-old Middleburg resident and creator of the Save Black Creek awareness group, has lived near Black Creek since he was a child.

A Change.org petition created by Morgan has received over 3,500 signatures against Bradley’s bill and the decision to build the proposed pipeline. With a population of just over 13,000 residents, Middleburg’s residents all have a connection to the creek, Morgan said.

Concerns for the project include the surrounding ecosystem and the property value for Middleburg homeowners, Morgan said.

Many Middleburg residents also cite the potential for lower water levels as a reason to fight against the proposed pipeline. But with heavy rainfall over the past year, Bradley insists there should be no reason to worry.

“The issue with Black Creek is not that there’s enough water, that’s for sure,” Bradley said. “If I thought for a second that there was any adverse effects to Black Creek, I wouldn’t be supporting the project.” 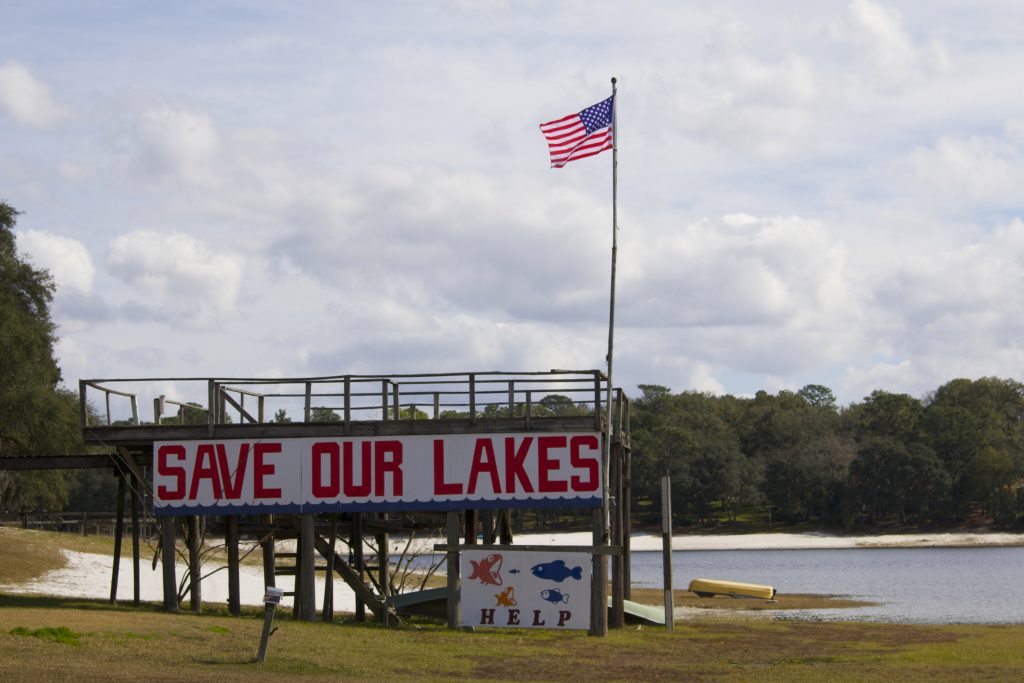 After studying the Keystone Heights region for more than 20 years, Louis Motz has confidence that a large infiltration process will be effective, he said.

“The project has been conceived over a number of years,” Motz said. “It appears, based on the groundwater models that we’ve built, that this idea is feasible.”

Katterhenry said he is relying on Bradley and his team because he believes that unless immediate action is taken, the lakes of Keystone Heights may never recover.

This story emerged from an audience question and is part of our Untold Florida series. To share what you’re curious about with us, leave your question below.

Max is a reporter for WUFT News who can be reached by calling 352-392-6397 or emailing news@wuft.org.
Previous ‘Labor of Love:’ How One Earleton Couple Is Saving A Historical Landmark
Next County Affirms City’s Choice on Grace Marketplace Management