Lewis Alston joined the U. S. Marine Corps as a 17-year-old. By age 19 his military career was over when he was wounded in Vietnam and had to come home.

“I made it home, but my buddy didn’t,” he said. “It’s hard when one minute you’re talking to him, and the next he’s gone.”

After going through a long period of darkness post-war, Alston joined the Marion County Honor Guard and started volunteering at Memorial Veterans Park in Ocala.

“I said to God ‘If you spare me and give me a break I will always look out for veterans and their family, or anyone else in need,’’ he said. 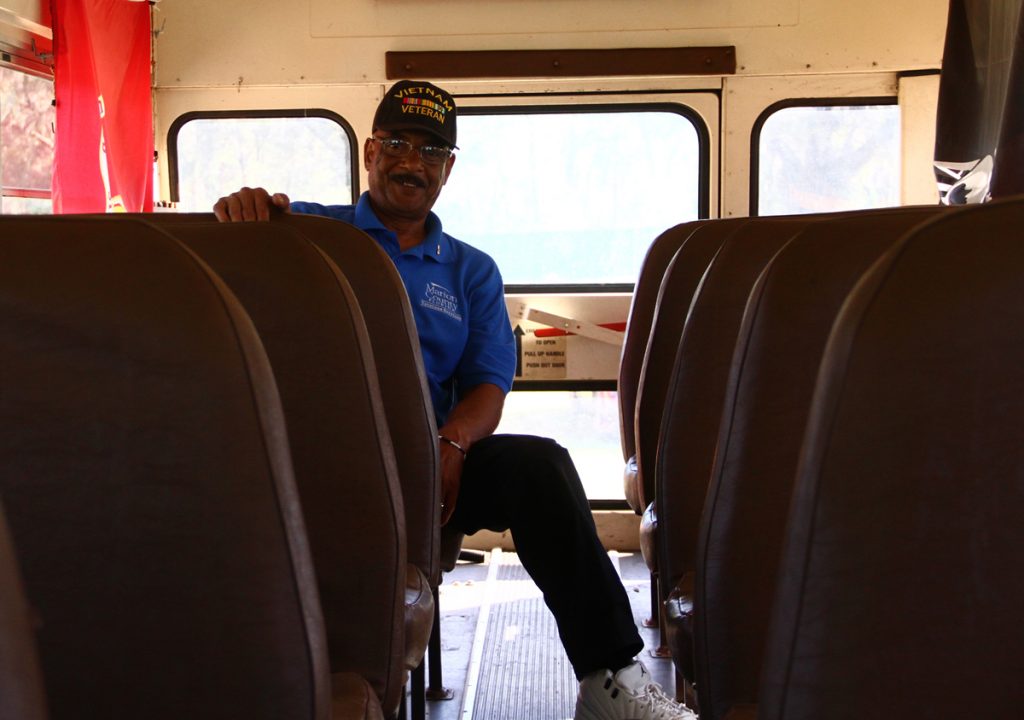 So he bought a bus.

Alston, now 66, is going to use that bus to help veterans around Ocala.

“I always wanted my own bus, I was a truck driver all of my life,” he said. “And what better way to have veterans with you. Let’s go somewhere and do something.”

Alston said he will park the bus every day at the Ocala Vet Center, operating from 6 a.m. to 8 p.m. The bus will service any veteran who needs transportation, except those who are handicapped and require a nurse.

“My mission, I mean my bus, but I call it my mission, is to honor those who served and their family,” he said.

His mission began when the Marion County Honor Guard replaced their bus with a van. The bus was used to transport people down to Bushnell to the Veteran’s National Cemetery, Alston said.

Alston said he wanted it for the veterans, and they sold it to him. 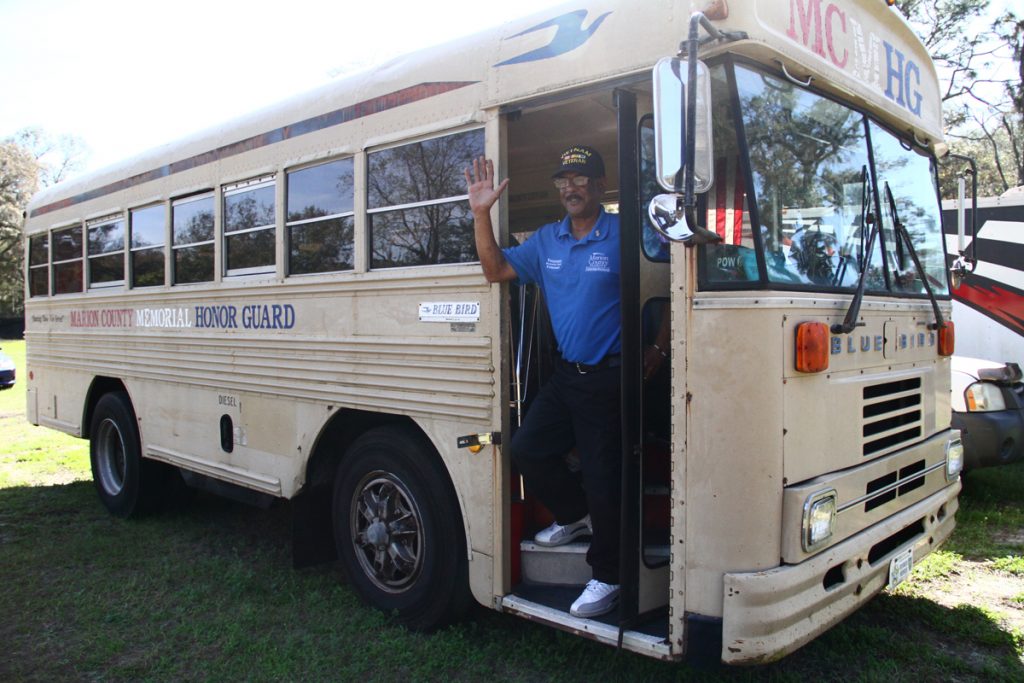 Currently, veterans having to go to Gainesville for an appointment after 2 p.m. are stuck — they don’t have a way back — Alston said, so the bus will provide a way for them to go back and forth.

“I can maybe take them fishing or to the Ocala Memorial Park. We can all ride together and share that experience and it won’t cost them anything,” he said. “If I have to sit and wait for them that’s fine, that’s why I’d have a kitchen.”

Luckily for Alston, an organization out of San Diego called Warfighter Made will be sponsoring the bus and helping with most of the renovation costs.

“My son told my story out in California, so they flew me out there and everyone started coming forward,” he said.

Owner of TNT Autoworks, Eddie Tillander, will be renovating it. Tillander met Alston once before.

“My car broke down when I moved down from Pennsylvania,” Alston said. “They saw my license plate, it says Purple Heart Combat Wounded and the community came together and brought my Avalanche down here. It was the coolest thing.”

The bill was over $600, but Alston didn’t have all of the money. So Alston told Tillander he would come back to get the car when he had the money.

This time it is Alston placing his trust in Tillander to help carry out his mission.

Alston plans to wrap the bus in the American flag and add a silhouette of a veteran along with a mom and a child onto the side. He also wants to remove the seats and put in wood flooring.

“I want it to look like an RV,” he said. “When they walk through the door they will be proud to be a veteran.”

Local veterans will also have an opportunity to help renovate the bus.

“We have some veterans going through PTSD, so being a part of building this bus up will give them self-worth,” Alston said.

One veteran, Tom Curtis, met Alston when volunteering at Veterans Memorial Park and quickly became a close friend. Curtis said he plans to help with the bus in any way possible.

“He didn’t have to convince me,” Curtis said. “It’s a partnership, that’s the way the military guys are. It doesn’t matter who you are.”

Alston hopes to have the bus up and running by April.

“It’s not just for me, I always want to look out for veterans and their family,” Alston said. “I made a promise to God that I would do that.”

Cat is a reporter for WUFT News and Fresh Take Florida who can be reached by calling 954-657-3385 or emailing cgloria@ufl.edu.
Previous City: Grace Marketplace Management Should Remain Under Alachua County Coalition for the Homeless and Hungry
Next UF Community Members “Choose Love” At Candlelight Vigil