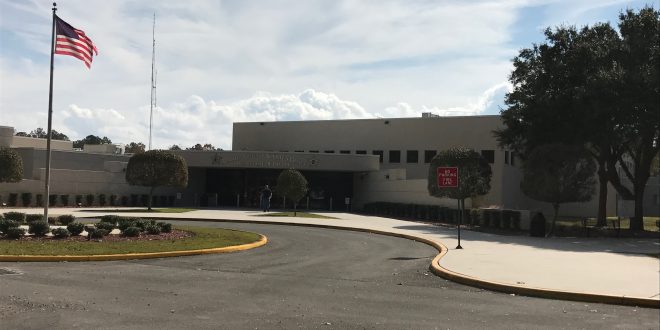 Friday marked the deadline for citizens and officials to submit comments and concerns regarding operations and management of the Alachua County Jail.

By 10 a.m., the county had received only three letters, all three by government officials and each praising the quality of current operations.

Assistant County Manager for Public Safety and Community Support Services Carl Smart could not explain why the only responses came from government officials but said there is still time to receive other comments from citizens.

Not surprisingly, the officials who did submit comments offered different opinions than those of past inmates.

Calis Lee Boyd, a former inmate at the Alachua County Jail, said there is room for improvement.

“The officers at the jail say they are there to protect your well-being and to make sure you’re taken care of and that they aren’t there to start problems,” Boyd said. He’s served multiple stints in the jail. “But they are not helping us out while we are in there.”

Boyd’s mother died in 2006 while he was serving a two-year sentence for carrying a firearm as a convicted felon, but he said he was unable to attend her funeral, despite seeking help from the jail.

“I’d never been through that kind of situation before but I felt that I should get help,” he said. “They were more concerned about me being incarcerated than me going to my mother’s funeral.”

Treatment of the inmates, especially the mentally ill, has reportedly been a problem in the Alachua County Jail. In December 2017, WUFT News reported a story detailing the poor treatment of inmates who struggle with mental health issues.

Smart said improving treatment for inmates who struggle with mental health and substance abuse is high on the list of priorities for him and his team members: “We want those kinds of programs to be more integrated with the operations of the jail.”

Although no specific plans for implementation have been set just yet, Smart said they “will get there in the next few weeks.”

“From what we can see and the feedback we are getting, the sheriff runs a really good operation at the jail,” Smart said. “It is very well organized, and she has some really good staff who are out there at the jail, so we are pleased with that.”

Cervone said in his letter that over the last several years there has been a marked improvement in the relations between his office and jail staff. “I attribute [the improvement] to the willingness of the jail staff and Sadie Darnell to work collaboratively on matters that impact all of us,” Cervone said.

“Sheriff Darnell’s staff is excellent to work with on every level, and has a history of performance which exceeds expectations,” Monaco said. “I am happy to commend to you Sheriff Darnell’s operation of the Alachua County Jail.”

The contract that is under negotiation expires Sept. 30, 2018, and, according to Smart, the county expects to have a new contract with all the provisions that have been agreed upon by the sheriff and the county by the beginning of October.

Although negotiations will continue between county team members and sheriff team members, it will be the Board of County Commissioners that has the final say about any new regulations that will be written into the new contract.

Abigail is a reporter for WUFT News who can be reached by calling 352-392-6397 or emailing news@wuft.org.
Previous Musician Billy Buchanan Speaks About Black History Month Concert At Bo Diddley Plaza
Next Florida Voices | Jacob Atem, A Lost Boy Finds His Way