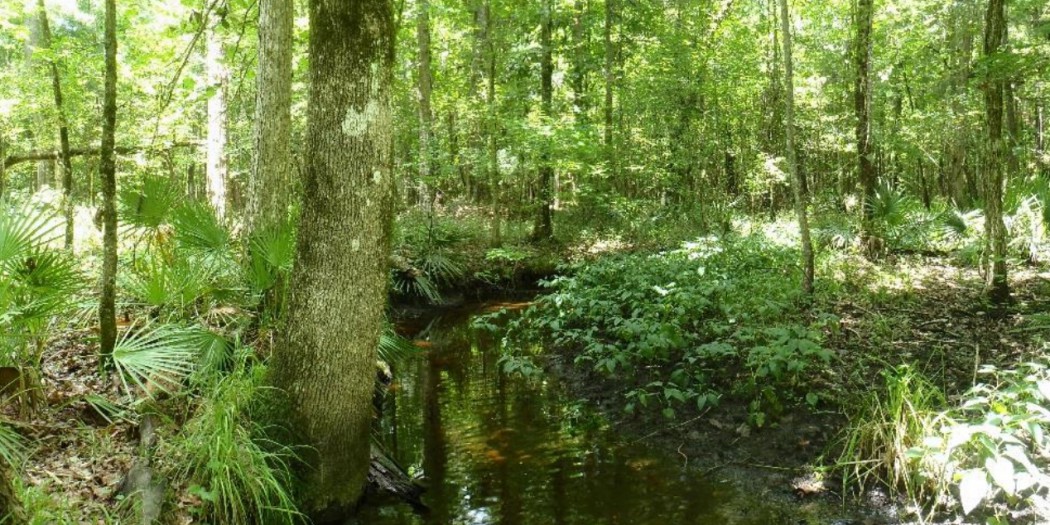 Before Irma, This Family’s Blues Creek Home Wasn’t In A Flood Zone. It Is Now.

By Casey Albritton and Ethan Bauer

When the water rose, invading his home and engulfing his 18-month-old son’s plastic trucks, stuffed animals, and other playroom toys, Rick Herren bailed water in buckets to try and save his home.

But there was nothing he could do.

As Hurricane Irma battered the trees and underbrush in his north Gainesville backyard, he felt helpless. He never imagined the tiny capillary of Blues Creek behind his house could turn into a raging, severed artery, forcing water into his home about eight steps away.

“Never did we think the creek behind our house was going to turn into a raging river like it did,” Herren said.

The creek has receded since Irma, but it’s still bigger than it used to be. It was nearly dried up, Herren said, before Irma struck. Now he estimates it’s six feet deep with a width similar to a standard sedan.

And the Herren family, which didn’t have flood insurance, said it was left with a $23,000 repair bill. Their house wasn’t in a flood zone when they purchased it, Herren said, but it is now.

FEMA covered 45 percent of the bill, and the family has since purchased flood insurance, but they’re still afraid of the next storm. So are their neighbors. About three houses are especially prone to flooding in the Blues Creek neighborhood because of their proximity to the water.

“We just put our house back together,” Herren said. “We don’t want to have to do this again.”

Unfortunately, little can be done.

The neighborhood is on the edge of a conservation area, which is where most of the creek flows.

“You don’t want to drain creeks,” said Jeff Bielling, Alachua County emergency management assistant director. “We could not recommend that we mess with any natural systems.”

The city, meanwhile, said it will look at improved drainage as a possible solution for afflicted residents. That’s residents’ best hope to avoid future heartache.

However, it’s also clear that the city’s ability to help is limited.

“Anything that is owned by the property owner around the home, that would be their responsibility,” Gainesville spokesman Chip Skinner said. “Anything off the property would most likely be the homeowners’ association.”

Casey is a reporter for WUFT who can be reached by calling 352-392-6397 or emailing news@wuft.org.
Previous Black on Black Crime Task Force Talks Of Solutions That Don’t Involve Arrests
Next Morning News in 90: Feb. 8, 2018 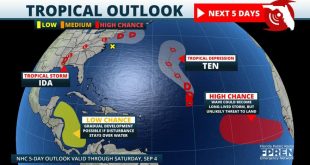 Ida weakened to a tropical storm Monday morning in southern Mississippi, and outer bands from the former major hurricane are forecast to spread across the Florida Panhandle Monday posing a tornado and flash flood risk. Four other systems in the tropical Atlantic basin were being monitored by the National Hurricane Center, but none of them are likely to be a threat to Florida in the next five to seven days.