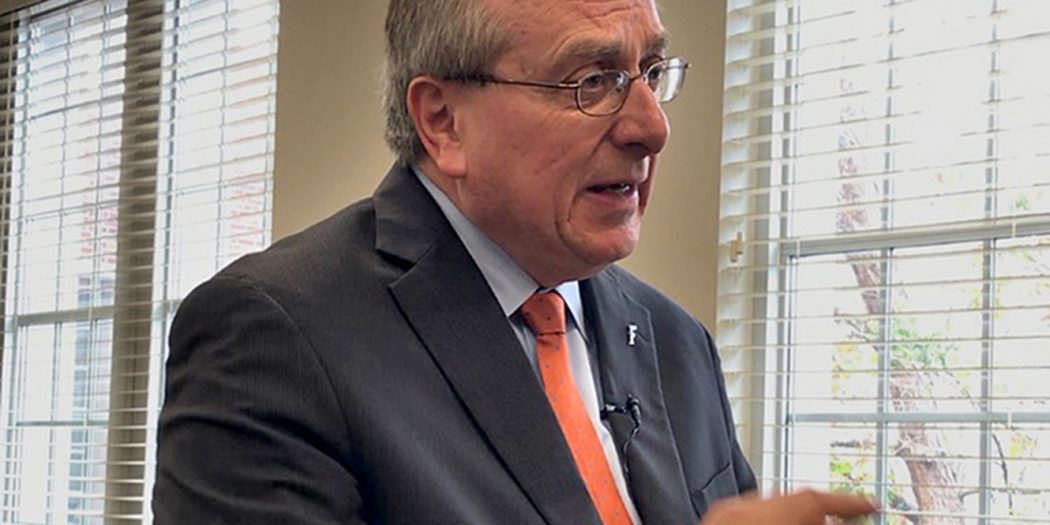 UF Gets Spencer Fees Back, Meets With County About Bill

Alachua County agreed to work with the university to determine which public security expenses from the Richard Spencer speaking event should be reimbursed. The university accidentally wired the county $302,184 last week.

Fuchs said the mistaken payment was the result of a staff member’s search for an account source for funding. Instead, after identifying a funding source, the money was then transferred electronically.  After the payment was sent, UF had a few days within which they could cancel the payment. Pinkoson said he was told Thursday the payment was returned.

Fuchs said the university allows the public, including groups like the National Policy Institute, to rent its spaces regardless of the event’s message.  He said, however, the university is reconsidering its policy to avoid high security expenses from such events. Last year, the public rented university facilities over 600 times, he said.

“We’re thinking about if that’s a policy we want to continue,” he said. “I think it’s important the community be allowed to use our facilities, but we can’t bare such a cost.”

The next time UF and the county meets, Lane will represent the school in discussions, said Fuchs.  He also urged commissioners not to charge UF for items that can be reused after the event, such as radio batteries and stretchers.

During Friday’s meeting, Fuchs said the commissioners agreed to consider discounting those charges.  Fuchs didn’t know how much those expenses were.

Fuchs said that UF also received an invoice from  Broward County two weeks after the Alachua County bill. Broward’s $51,669.70 bill includes a list of 31 BSO employees who worked the event.

University spokesperson Steve Orlando said the universtiy is reviewing the bill and will have a conversation with BSO.

Fuchs added if all 60 of the responding law enforcement agencies sent the university bills for their services, the cost of the event would be more than $3 million.

He said there should be federal help for event costs, considering the school didn’t invite Spencer or want him on campus. He also suggested billing the speaker.

“If I could bill Richard Spencer $3 million, I’d be happy,” he said.

“We have agreed to work together in an effort to reach a fair and equitable division of Alachua County’s expenditures,” Sexton wrote in an email. “The county and university have also agreed to work towards a mutual aid agreement that would prevent any misunderstandings in the future.”

Pinkoson said the county and university will also need to discuss how to handle similar situations in the future. While the university and county already work together and provide security resources without charge, he said this event was unique.

“Going forward, we need to figure out who should pay,” he said.

Meryl is a reporter for WUFT News who can be reached by calling 352-392-6397 or emailing news@wuft.org.
Previous UF Holds Provost’s Symposium On Rise Of Extremism
Next Feb. 2, 2018: Morning News In 90