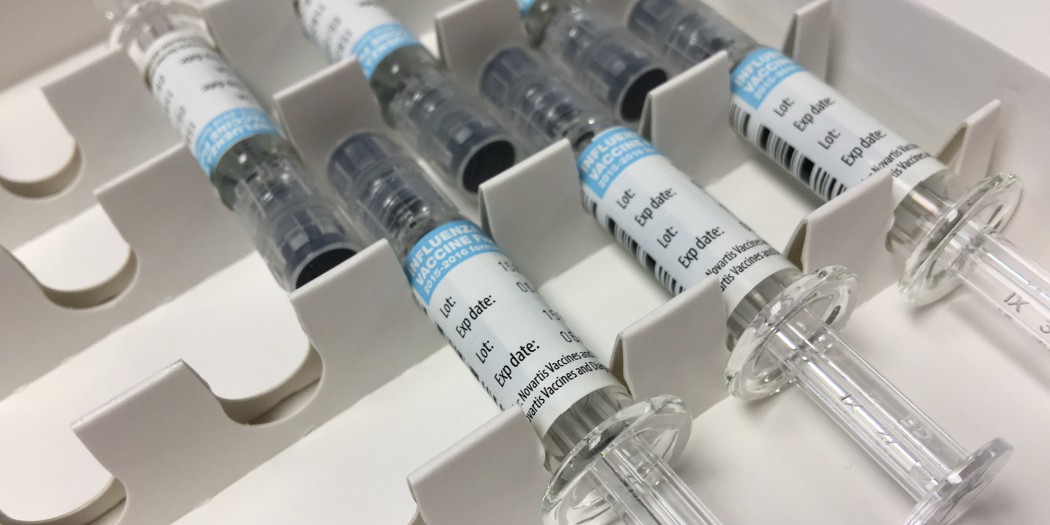 People who have suffered from vision loss since childhood may be able to regain their eyesight thanks to a new breakthrough in gene therapy.

Dr. William Hauswirth, an ophthalmology professor in the University of Florida’s College of Medicine, helped develop a specialized treatment — 17 years in the making — that has the potential to restore lost vision, albeit temporarily.

Hauswirth is a co-inventor of the treatment, called Luxturna, a gene therapy injection that won final approval from U.S. Food and Drug Administration regulators on Dec. 19.

Spark Therapeutics Inc. has since brought the treatment to market. The price tag started at $1 million for two eyes but has fallen to $750,000.

“It’s very complicated and it’s not my decision; it’s Spark’s decision,” Hauswirth said. “Trouble is, nobody is sure how long it will last.”

Internal trials suggest that after about six years the patient’s vision will regress to where it started.

“Which is not all that bad because this is a disease of the retina where you continue to lose cells and function,” Hauswirth said. “So over the six years, they’re back to where they began. If they had not been treated, that eye would be worse than it is six years later.”

He estimates that there are about 1,000 patients in the U.S. who could benefit from this treatment and about the same number in the European Union.

“I remember walking out of this clinic one evening after one of our patients came back and she had improved over 10,000-fold,” Hauswirth said.

“We walk outside, the surgeon and I. And we look at each other. And guys don’t do this, but we hugged each other. OK, because we said ‘It worked. It actually worked.’”

Viruses, in the simplest term, are pieces of genetic information, Hauswirth explained. So while viruses generally carry a negative connotation because of harmful examples, like HIV or influenza, they can also be used to cure ailments and diseases.

The virus that was used for Hauswirth’s treatment is called “adeno-associated virus,” or AAV. He worked on the virus for many years prior to this discovery.

“It’s a little sphere basically with a piece of D.N.A. inside it,” Hauswirth said. “What we do is we take out the D.N.A. The genes that the virus normally has, we put in the gene that the specific blinding disease is missing.”

This modified virus is injected into the retina of a patient who is missing the RPE65 gene, essentially replacing that gene and restoring vision.

“Our mission is to help people with vision issues and refer them to people that they need,” Hancock said. “We do a lot to try and help, and with this new thing about the UF researcher, that’s phenomenal news that we would love to learn more about.”

On the international level, Lions Club has spent around $415 million dollars through its investments in Sight First programs.

“So they (Lion’s Club) will donate a lot of money towards research like that. They’re very focused on doing that,” Hancock said. “ They have a Sight First program that’s really designed on trying to end blindness. Basically, that’s the goal.”

Hancock said he will encourage UF to get involved with the Lions Club International Foundation, which has money to put towards this kind of research.

Daphna is a reporter at WUFT News who can be reached by calling 352-392-6397 or emailing news@wuft.org.
Previous What A DACA Recipient at UF Heard In President Trump’s First State of the Union Speech
Next “Gold Family Campus” Offering Second Chances For Veterans, Rescue Dogs