Updated, Jan. 12: In a brief interview Friday afternoon, UF President Kent Fuchs said he has not yet received the invoice. He did not say whether the university would pay it:

“I understand the bill is coming, but I haven’t spoken to anyone in the administration who’s actually seen it. I’m frankly just disappointed there would be such a bill. I think once we start billing each other for services when there are parts of our community that have to do something by federal law — which was the case with the University of Florida — and then we get billed for doing what we have to do, I find that disappointing. But I’ll wait and see the bill.”

Though Richard Spencer’s speech lasted only an hour and a half, the county’s costs associated with the event total more than $300,000.

Alachua County spokesman Mark Sexton said he expects the university to pay up.

“As a result of this decision that UF made to allow this event, we responded,” Sexton said, “and now we’re simply submitting an invoice to get reimbursed for the services we were asked to provide, which we provided.”

County commission chairman Lee Pinkoson wrote the letter on Tuesday and sent it by mail on Wednesday. 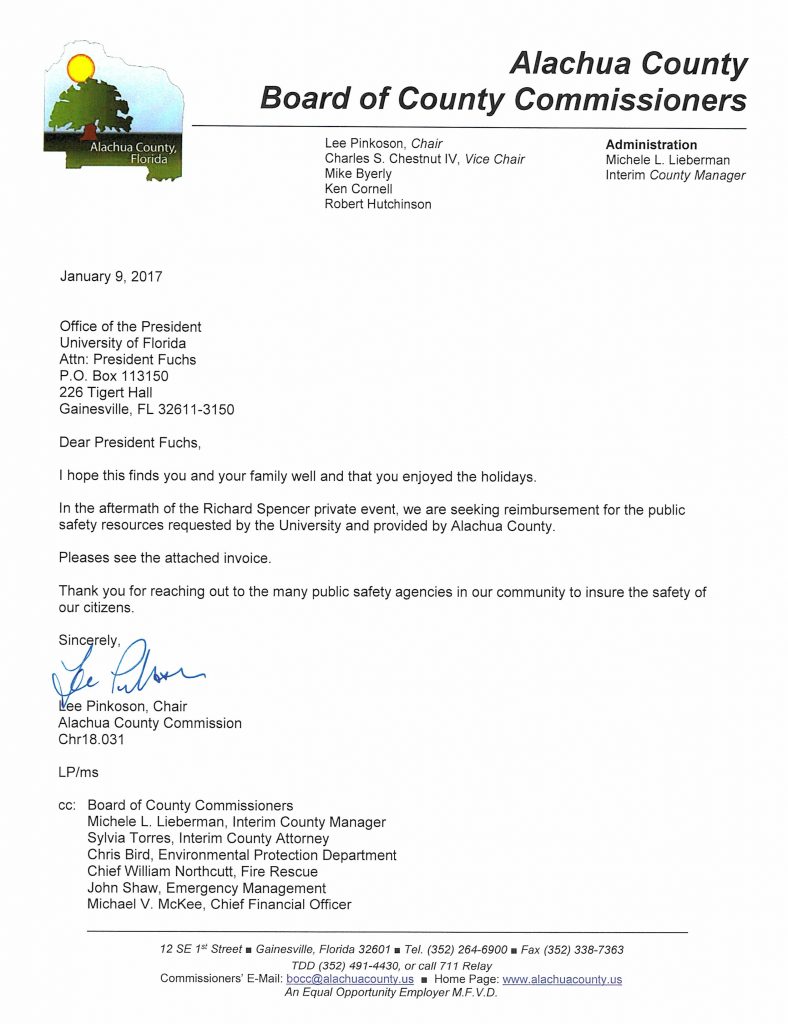 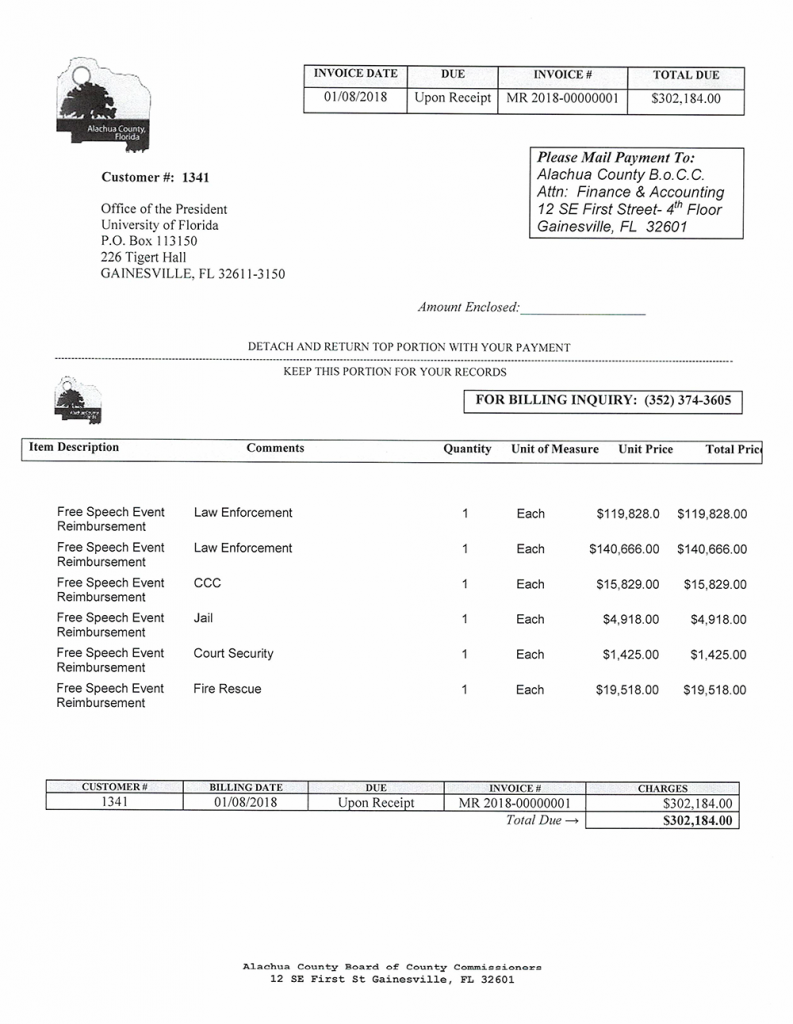 UF has not yet received the letter, spokesman Steve Orlando said, and couldn’t say whether President Kent Fuchs would compensate the county. In November, Gainesville city commissioners also requested a report from the city manager showing all city expenses for the Spencer event. WUFT News requested a copy of that report but has not received it.

Grace is a reporter for WUFT News who may be contacted by calling 352-392-6397 or emailing grace.king@ufl.edu.
@gracelking
Previous Florida Bill Seeks To Reshape State College System
Next Jan. 10, 2018: Afternoon News In 90