City Wants Ideas for Duval Park, And You Have Another Week To Suggest Them

The City of Gainesville extended the opportunity to submit your ideas in a survey that asks how to improve the eastside Duval Park and the Clarence R. Kelly or CRK Community Center.

With no school on a cold morning last week, an emptiness overtook the Duval neighborhood. And on 8th Avenue, a group of young adults danced to rap music. Some were immersed in their own graffiti artworks, while others smoked and rode their bikes in front of the Kelly Community Center.

The center was bright and warm inside. Alone in her office, a teacher was working in the warmth of memories about her students and colleagues including Clarence Kelly, the man for whom the center was named. Working 35 years as a recreation aide, Kelly Jensen shed some tears of joy as she heard about the extension and more public input for the growth of the center.

“They are kids, so they enjoy playing outside; they enjoy being active,” she said. “(It’d) be nice if we can get the playground expanded a little bit more, the group basketball court and areas for them to run around.”

The center was known as the Northeast Recreation Center, before it took on a refreshing coat of blue paint and a different name in honor of Clarence R. Kelly in 2012. Thereafter, many residents also call it the “Blue Center” for its distinctive color.

When asked about its future, City of Gainesville recreation supervisor Ben Dillard said he hopes for a community resource center also for adults.

Pointing at the small computer lab in the corner of the room, Dillard said, “They need a place for people to do research for jobs, trying to get GEDs, and learning computer science. The seniors need a place to come and be able to do things. So it’s not just about kids. It’s about the community finding a place to congregate. Asking the community what they want makes them vested in what’s going on here. Not only does it show that we care about what they think, but then we can put the proof where the pudding is.”

Dillard acknowledged the worst thing to do is to tell people what they want and wants to avoid more resentment after he said the Eastside Recreation Center was built without informing the community.

Dillard also said he had heard about ideas for new trails and pavilions for Duval Park. Florida Department of Juvenile Justice adopted this park in late 2016 to provide community services and environmental learning to troubled youth.

For city parks director Steve Phillips, his master plan of growth may include some subtraction and replacement, especially after the recent summit with Alachua County service providers.

“In some communities where we have the centers, playgrounds are made and developed for pre-school kids. They all grow up, so we get the inputs saying we need more advanced playground equipment. Same things with the programs. We might no longer need to provide certain services cause possibly the school is providing after-school programs, whereas we are focused on areas that others don’t focus on,” Phillips said. 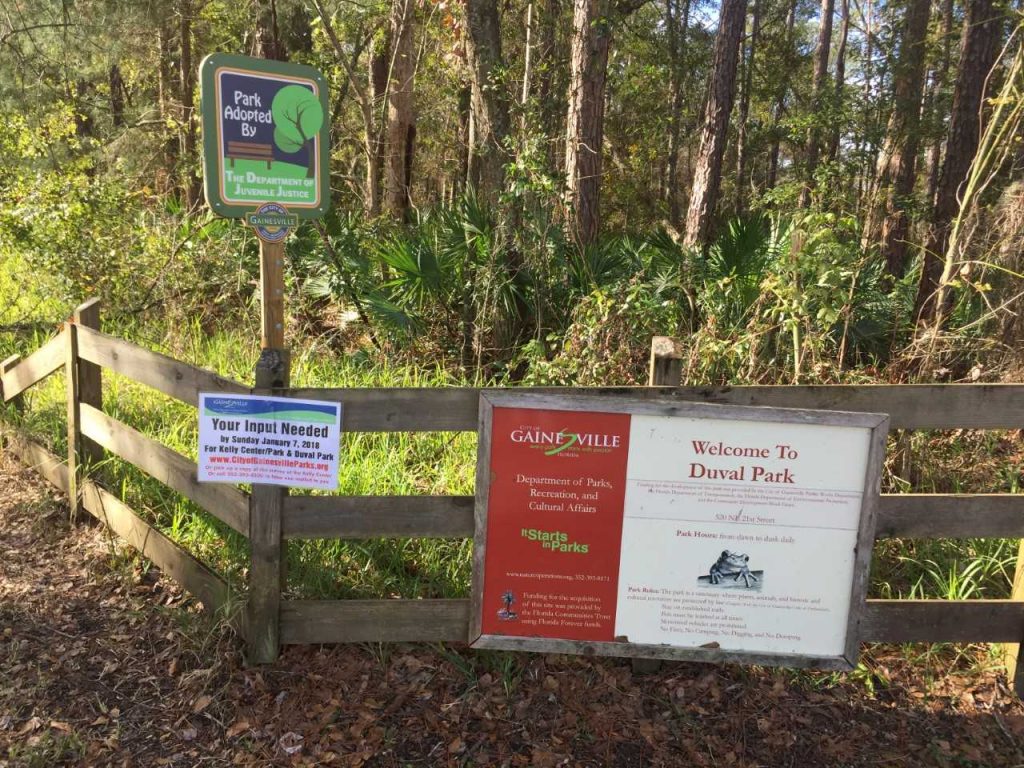 Quan is a reporter at WUFT News who can be reached by emailing news@wuft.org or calling 352-392-6397.
Previous Florida Voices | Jose Vega: Crushing Conversion Therapy
Next Siembra Farm Battles Cold Weather