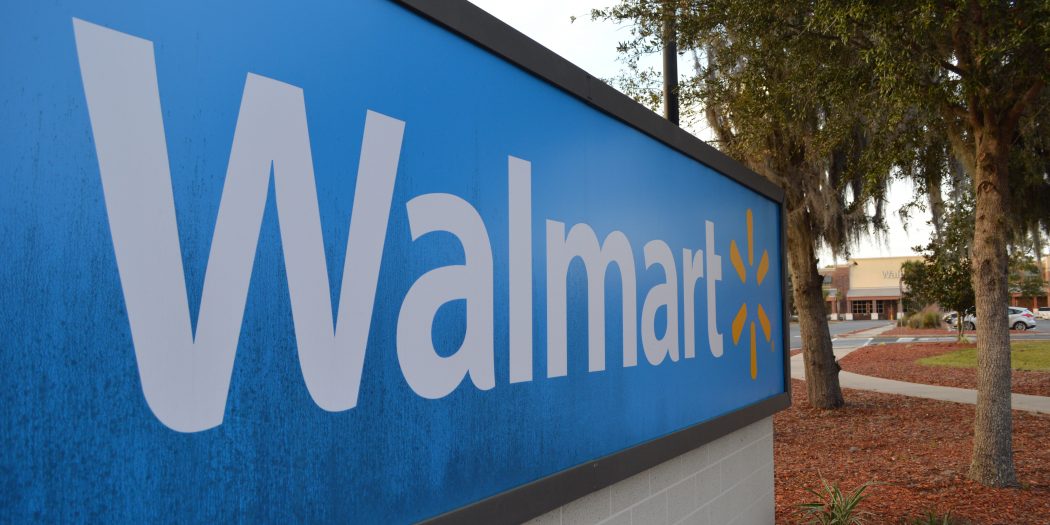 By Cecilia Mazanec and Grace Kenny

Crime incident data for the past two years downloaded from the city of Gainesville’s open data site shows the top locations with the most reported incidents in 2017 were Gainesville’s three Wal-Mart stores.

Shoplifting is the most common type of incident. On average, police get about six crime-related calls a week, or not quite one a day, at the Waldo Road Wal-Mart.

But if an officer is on a shoplifting call, said Officer Ben Tobias, the GPD spokesperson, it’s time that the officer cannot be doing his or her other duties, like patrolling a neighborhood for residential burglaries or enforcing traffic to reduce speeds on roadways.

“Sometimes it’s very frustrating when we’re stuck doing that all the time,” he said. “The officers at work there just do not have time to go out of those areas because of the increase in shoplifting.”

The data comes from the GPD’s dispatch system and was last updated on Dec. 6, 2017. After repairing inconsistencies like spelling and addresses to give accurate accounts of location, it was filtered to only include incidents initially categorized as crimes, such as shoplifting, the most common reported incident at the Wal-Mart stores. This excludes calls for service for activities that are not criminal, like lost property or a request for assistance.

“We’re constantly, daily, investigating cases of shoplifting there and some other incidents,” Tobias said. Using the number of reported incidents from the store off Waldo Road, there were on average about six incidents per week in 2017.

Tobias said he’s noticed the frequent calls at that store since its opening. Sometimes for shoplifting cases, he said, police officers make multiple appearances a day.

Because officers need to take the time to arrive, investigate the security video and go through the processes of arresting, transporting and filling out paperwork, he said that’s at least two hours spent per call.

“So the other officers in that sector are having to just kind of expand their patrols a little bit more, knowing that that officer that is assigned at the Wal-Mart in their zone is kind of tied up,” he said.

Calls are prioritized. So if a high-priority call occurred, detailing something like a shooting or stabbing, that call can preempt the shoplifting call.

Richard Hollinger, a UF professor emeritus in the Department of Sociology and Criminology & Law, said high crime at Wal-Mart is a national problem.

It seems Gainesville is no different.

Hollinger said it’s a function of being the largest store and the largest chain in Gainesville. It’s not that Wal-Mart is discriminating on certain individuals, but rather that as the biggest retail store in town, they become the biggest potential victims of retail crime.

As for the Wal-Mart Supercenter on 12th Avenue, “If that Wal-Mart store was on the other side of I-75, out where the property crime rates are a lot lower,” Hollinger said, “then I would imagine you would not see those same kind of rates.”

But it’s a catch-22, he said. With the customer base located in that area and good traffic flow on the nearby streets, it’s an ideal location for a huge store. The downside is that that side of town, he said, has more property crime, as well as crime in general.

As for the effect of police, Hollinger used a metaphor of fishing, one he used when he taught criminology. He likens fish to crime and fishermen to police.

Ragan Dickens, a Wal-Mart spokesperson, said the company is aware of the crime issues its stores across the country have faced.

“It’s simply a situation that we have recognized,” he said. “Wal-Mart and really no other retailer is immune to this challenge of crime.”

Dickens said for the Gainesville Wal-Mart on 12th Avenue, the key to reducing reported crime is cooperation with Gainesville police.

“For this store particularly, we are aware of the police involved,” he said. “We’re working there with local law enforcement to try to deter crime so those call numbers do drop.”

Tobias said the department has tried before to reach out to Wal-Mart corporate and Wal-Mart management to make improvements.

“But large corporations like that have built-in buffers of loss,” he said. “They know that they’re going to lose a certain amount of money, and to you and me it’s a giant number and to them it’s a very low number.”

But according to Hollinger, the Wal-Mart Supercenter off Waldo Road can’t be blamed for its high crime numbers.

Cecilia is a reporter for WUFT News and can be contacted by emailing mazanecc@ufl.edu.
@@CeciliaMazanec
Previous Why Does This One I-75 Overpass Not Have a Sidewalk?
Next Beyond Gender