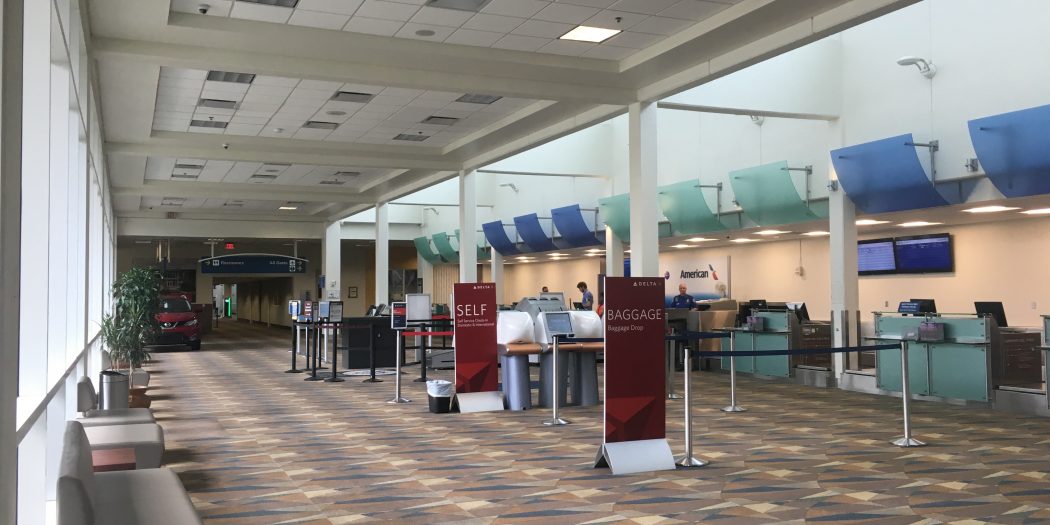 Ashley Fisher, a senior at the University of Florida, flies through the Gainesville Regional Airport frequently.

“I get impatient when the gates get overcrowded, especially when the three gates at the GNV Regional Airport have departure times close together,” Fisher said.

According to Allan Penksa, CEO of the Gainesville Regional Airport, the gates are not overloaded during normal operations, but they do get crowded when two or more flights overlap. He said there aren’t state regulations put in place regarding airline gates.

Now, Phase I of GNV Regional Airport’s expansion is approaching, taking it one step closer to its transformation and exacerbating congestion in gate areas.

Bob Page, chairman of the GNV airport board, said the main purpose of the expansion is to create more space to accommodate passenger experience.

Page said one thing that is essential is larger waiting areas, as they will allow passenger experience to improve.

“Passengers like the Gainesville experience. It’s easy to get to, and the experience is easier because of the parking and quick security,” he said. “You’re at the gate within 100 yards.”

“There are times the airport gets overcrowded if there is more than one outgoing flight and we get backlog, which is the amount of customers waiting at one time,” Page said.

He said the board must think about what the future will look like. The GNV Regional Airport has bigger planes now, and he said it’s different than it was 20 years ago.

“The airport publically advertised for design consultants with airport terminal experience. The Airport Authority selected AECOM based on their particular qualifications, experience and project approach as presented in their proposal and their presentation, and the references we received,” Penksa said.

He said the decision to expand has been a gradual one.

“It began with a study of terminal needs that was completed in 2013 and an update of our Master Plan, which was completed in 2014. A funding plan was put in place for eventual construction beginning in 2019-2020. Some initial utility work to add waterline capacity will begin in 2018-2019,” he said.

He said construction is expected three to four years from now and the expansion is in its earliest stages.

The design is about 30 percent complete as of November, said Bill Prange, AECOM project manager.

“We started the design early 2017 and we expect to be complete with the design by spring of 2019, but the end date is subject to change,” Prange said.

Fisher said she thinks there is a shortage of seating at the gates, making security move slowly because there is also only one security screening lane.

Penksa said the expansion’s design includes modifications to eventually add a second security screening lane. However, the federal Transportation Security Administration (TSA) will make the final decision to approve a second security screening lane. Penksa said the number of lanes required is based on a specific formula that considers the number of annual passengers, flight schedule, and processing times.

“There is no immediate interest from any of the airlines that we have pursued, however, we need to be able to accommodate them with suitable gate space, should one of them choose to start service from Gainesville,” he said.

“Customers appear generally very happy with our facility although there are a couple of amenities, like a lactation room and children’s play area, that a few have expressed a desire for,” Penksa said.

In addition to these amenities, recent articles on usserviceanimals.org have said the design also will include an outdoor service animal relief area, more convenient plug-in areas for wireless devices and added restroom capacity.

Penksa said there is also a “rough buildout” for more restaurants and bars that will include café style seating.

According to him, the expansion also includes two new jetways and a new roof.

“The existing flat roof covering was installed in the 1990s and is scheduled for replacement. It seemed best to complete it at the same time as there will be other work going on up on the roof, including some air conditioning work, rehabilitation of the lightning protection system and other miscellaneous items,” he said.

The airport expansion is estimated to cost $11.8 million overall once different parts of the project are added up.

Penksa said the current budget for Phase I of the expansion is $4.9 million. However, at the time of construction, he said it is predicted to escalate to $5.2 million due to inflation.

An additional $1.9 million will be added for two new jetways, totaling to a cost of $7.1 million by 2020, he said. The cost of other miscellaneous improvements is estimated to be about $4.7 million.

A jetway is another name for a loading bridge. Penksa said new jetways will allow the Gainesville Regional Airport to service larger aircrafts than the current jetways.

“GNV needs to be in a good position to accommodate the various aircrafts that carriers may potentially put into service in our market over the coming years,” he said.

He explained the budget is expected to be paid for with grant funds from the Federal Aviation Administration’s Airport Improvement Program (FAA AIP), the Florida Department of Transportation (FDOT) Aviation Grant Program funds and Strategic Intermodal System (SIS) funds, as well as Passenger Facility Charges (PFC) collected by airlines for our use.

“At this time, we [are] up to $5.377 million in PFC approval for the project. We have received [a] $1 million grant from the FDOT Aviation Grant Program for terminal parking improvements,” Penksa said. “We expect to be approved for use of up to $4.907 million of FAA AIP Entitlement funds allocated over three years and will apply for up to $3 million of  FAA Discretionary funds. This would be applied to the estimated $11.8 million for the terminal gate area and restroom expansion and other listed improvements to the existing terminal.”

He also said FAA cannot commit to funds this far ahead, as they do not have a multi-year appropriations bill. However, FAA approved a grant for the design of the project and expects the airport to apply for construction grants.

“There are a number of sources for the funds in our programming. As the building design is completed with proper regard for the budget, we will have a better understanding of the needed funds and may adjust our requests.  We cannot determine hard costs until the project is bid,” Penksa said.

“The project is included in their programming. FAA grants are up to 90 percent of eligible costs. We would look to maximize FAA participation.”

He added that any funds not used in the first phase of the project will be allocated to construct a mini-inline baggage system and common use airline outbound bag conveyor. This construction will remove the bag screening operation from the ticket lobby and better accommodate future airlines.

“The estimated cost for this is $5.5 million at this time. We currently have $2.45 million of state intermodal funds programmed in the transportation program for 2021. Should these funds be received, they would be matched with the balance of available PFC funds already approved for the baggage area work,” Penksa said.

He said the expansion will not affect the number of flights the airport receives or the cost of tickets.

“Should another carrier come into the market, ticket prices may be lower, however, additional carriers are not expected to enter simply because more terminal space is available,” he said.

Randi Ziegler is a reporter for WUFT News and can be contacted through any of the following: Cell phone: (516) 205-9836 Email: randiziegler1@ufl.edu You can follow her on Twitter @randi_ziegler, like her page "Randi Ziegler" on Facebook and follow her on Instagram @randi_ziegler.
@Randi_ziegler
Previous Lions, Tigers and Barry, Oh My: Conservation Co-Founder Lives for His Animals
Next Mosaic Of The Soul