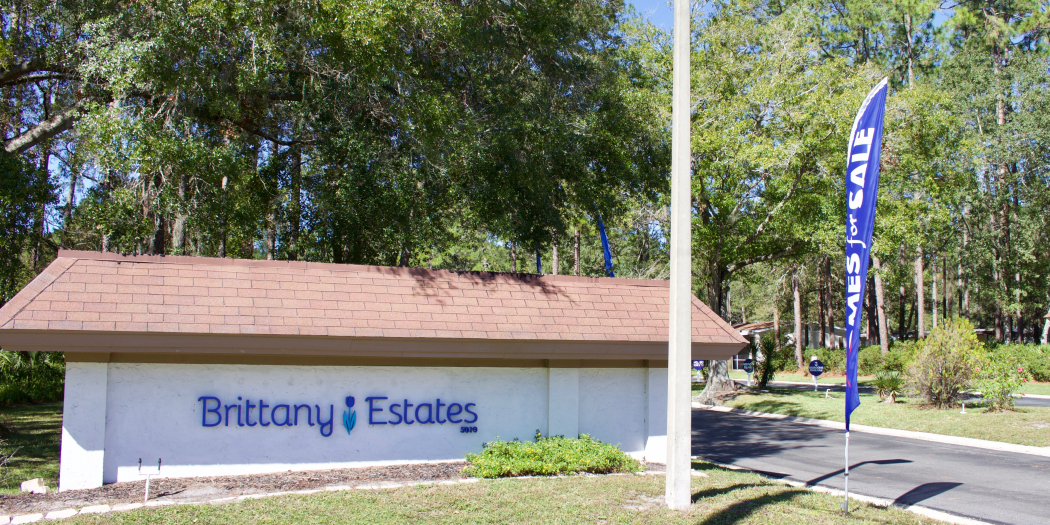 Nancy Dixson says she does not feel safe in her Brittany Estates mobile home.

The 72-year-old said she has had several items stolen from her home, including an entire hose and reel. Dixson also found a spray paint-like substance around her tire rims and along her screen on the back porch.

Residents of the senior mobile home park in east Gainesville are expressing concerns about safety in their community.

Located at 5010 NE Waldo Road, Brittany Estates is a park for people 55 years and older. Residents must be approved by RHP Properties to live in the park. However, some residents complain that unapproved people, including children or young relatives of residents, are living in the park.

RHP bought the community in August 2014, according to Alachua County public records. Since RHP gained ownership of the property, 37 calls for service requests have been made due to disturbance, 28 calls due to suspicious activity, 12 for theft, eight for trespass and six due to burglary of residence, according to data from the Alachua County Sheriff’s Office.

President of the Homeowners Association, Ron Nycum, said he has repeatedly reported violence and crime to the on-site park management office. He said he believes there is a connection between the crime and unapproved residents.

“After certain people came into this park unauthorized, things have ended up missing and houses have been damaged,” Nycum said.

“[RHP] will throw you out in 30 days if you’re late on your rent,” he said. “But you can have children and you can have unauthorized people and nothing is done.”

Individuals under the age of 21 may not reside in the senior community longer than a temporary basis of 15 days, said President of RHP Properties Joel Brown, in a written statement.

Christine Snyder, RHP’s public relations counsel, said RHP became aware of the complaint of unauthorized children in July 2017. She said a violation notice was sent to the resident Nov. 15.

“If the situation is not rectified within the allotted time, we will then pursue, legally, the necessary steps to have the resident moved out of the community,” Brown said.

This is the only incident that has been conveyed to RHP, Snyder said. She said management cannot verify whether the crime is related to unapproved residents.

Dixson said damage to her property has been going on for a few months. After filing a report with the Alachua County Sheriff’s Office on Sept. 22, she took her own preventative measures to stop vandalism and theft. She bought a gas cap for her car after realizing her gas was being siphoned. She also moved much of her porch and patio belongings into a stand-alone shed adjacent to her home.

“This is a senior neighborhood,” Dixson said. “We should feel safe.”

Dixson said she filed reports with the park office, but the situation has not changed. She also brought up her concerns in a weekly HOA meeting and learned other residents were also experiencing crime.

Maureen Krajczar is another resident upset with safety concerns. The 62-year-old said she and her husband moved to Brittany Estates because children are not allowed to live there.

“This is an investment for us as homeowners,” Krajczar said. “If we aren’t keeping the rules and regulations and keeping the property nice and keeping people out of here who don’t belong in here, you’re losing your investment.”

She, too, has filed complaints with the office.

“We can call the police all we want,” she said. “But, we don’t know how to get the park to answer, or even know if they are getting our complaints for sure.”

Krajczar hopes something will change soon.

Lizzie is a reporter for WUFT News and can be contacted by calling 239-206-7425 or emailing evasquez23@ufl.edu.
@lizziemvasquez
Previous Bikes 4 Vets Program Aids Veterans In The Gainesville Community
Next Nov. 28, 2017: Morning News In 90

Gainesville’s initiative, established in April 2019, brought in the federal government to create a partnership between local, state and federal law enforcement to reduce gun violence in the area.