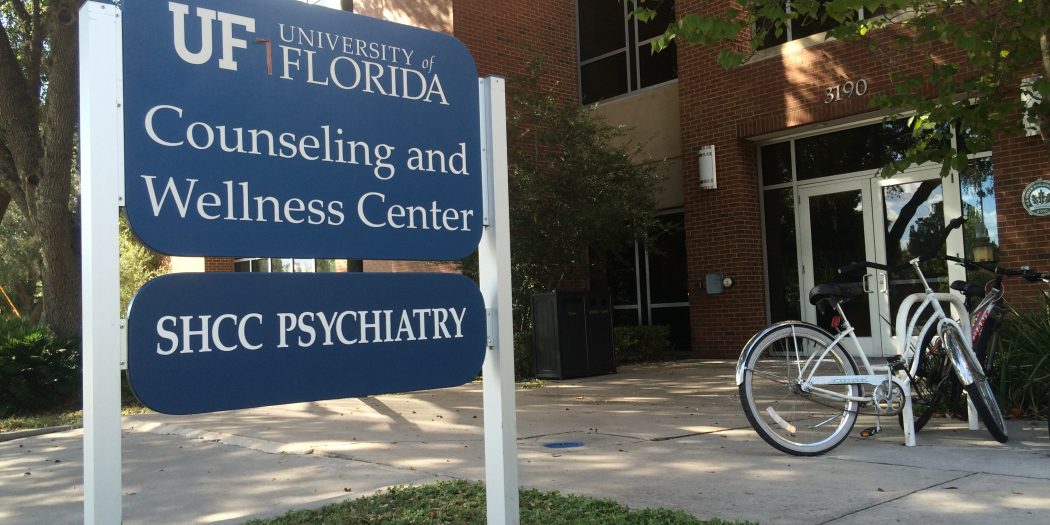 The CWC serves as a resource for 24/7 crisis and suicide counseling phone lines, emergency walk-in appointments and "Care Teams" for those who need direct assistance. (Brooke Bajgrowicz/WUFT News)

According to a 2016 survey conducted by the American College Health Association, 52.7% of students surveyed reported feelings of hopelessness and 39.1% reported feeling so depressed that it was difficult to function during the past 12 months. The number of mental health issues on college campuses is growing and existing legislation and funding are not sufficient to solve the problem completely. The recent University of Florida Student Government decision to deny extra funding for the Counseling and Wellness Center has left many questions about student mental health issues unanswered. We asked several UF students, working to help gators in distress, to express their opinion about the growing problem of mental health on campus. 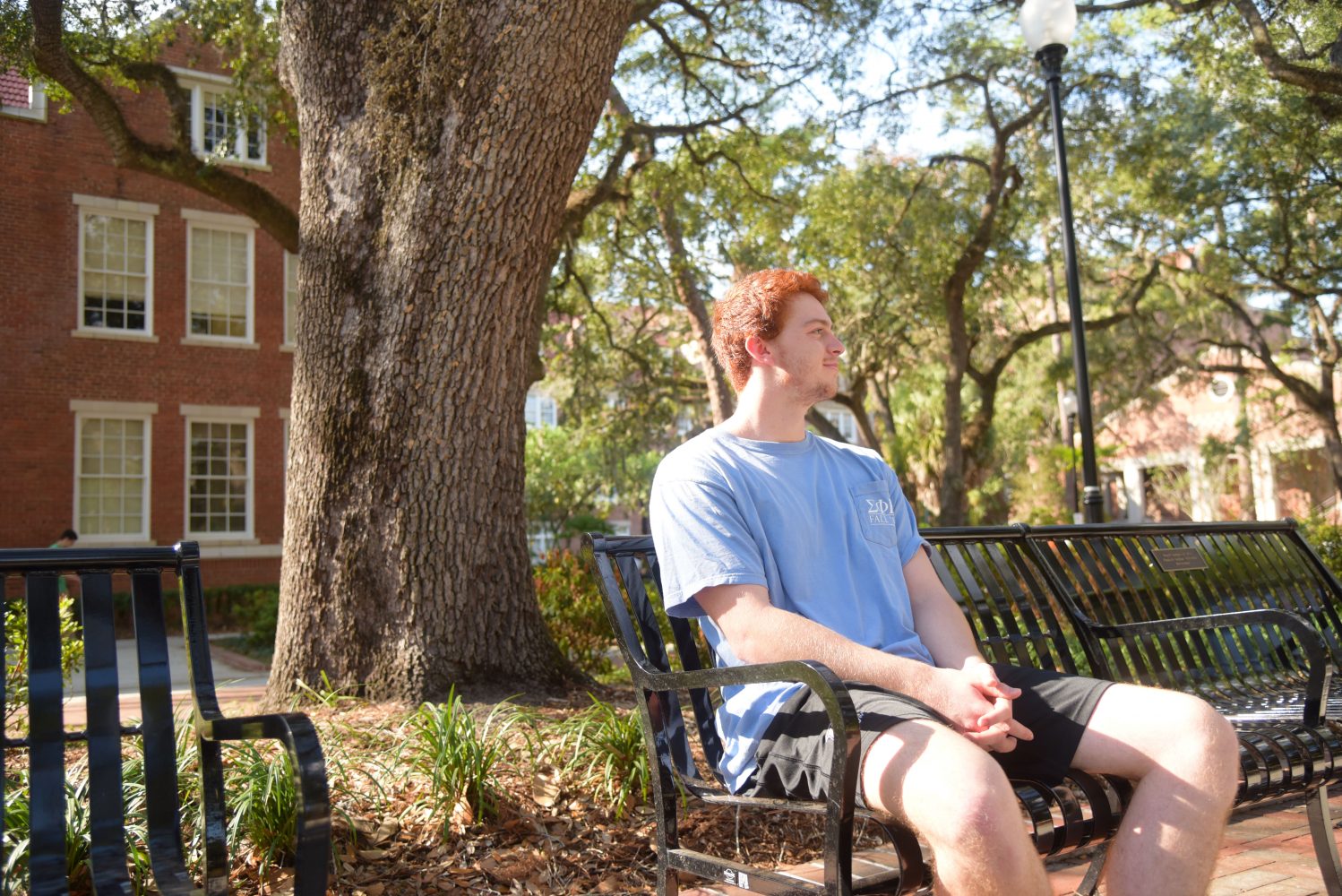 “Freshman year I came into college and had a long-term girlfriend that broke up with me right away. I then had my fifth concussion and starting pledging my fraternity. It was very tough. I was very depressed and very anxious. I was seeing multiple neurologists to work with my depressive and concussive symptoms. I was trying different medications that weren’t working and I was failing my classes. I started to spiral during fall semester. I was really paranoid and tried to take my own life. At the end of fall I went into outpatient rehab for two weeks, which was really impactful. I felt like I was just being a wuss, and that my illness and the symptoms were my fault. Once I realized it wasn’t my fault I was able to actively help myself.

Mental health issues can feel so isolating. It feels like you’re fighting yourself and it makes no sense. I tried to search for a reason, but once I accepted that it’s a biological illness and there doesn’t have to be a reason, it was much easier to accept my depression and anxiety, and ultimately myself.

It gets better. It was a solid two years I wasn’t feeling great and it felt like an eternity. You will find resources and people who will help you. Taking your own life is not the answer. You shouldn’t feel embarrassed to seek help. Mental illness can feel like a weakness, especially for men who are told to be tough.

My goal for Stronger Than Stigma is to educate our members about the resources around them. So for every general body meeting I’m working to have a guest speaker come and educate. We are trying to get people aware of the amount of resources available for mental health services.”

Jessica Klein, 21, senior, psychology major, vice president of Out Of The Darkness 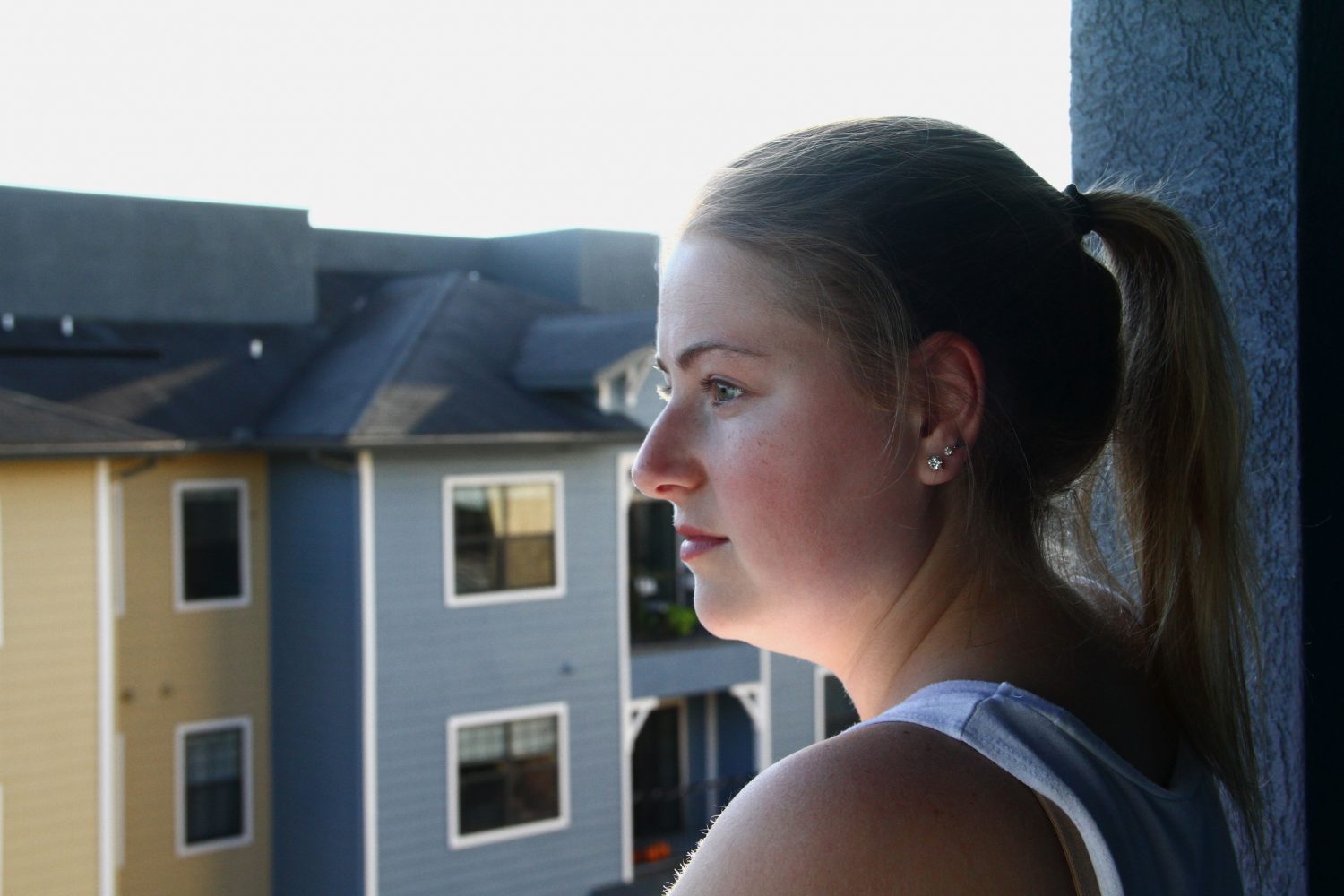 “I’ve had two family members die by suicide. One was six years ago, my uncle, and the other was six weeks ago, my dad. The family history on my dad’s side is filled with mental illness, which I don’t think was recognized until my uncle killed himself. When my uncle died, my dad came out more about his depression and I talked about my anxiety. It wasn’t until college I realized I have anxiety and OCD. I think once you get into your freshman year of college, all of those problems come out. I think freshmen on campus have the most problems, and if you don’t get help then it becomes worse.

The more you talk about mental illness the better it will be. People commit suicide here and the school will never talk about it. I think they are afraid that if they talk about it people will attempt. But that’s not how it works. Talking about it creates change. We have so many mental health resources on campus, but the school needs to take action and publicly support and fund the CWC. We have two gyms for your physical help and one CWC. Why should physical health be put before mental health?” 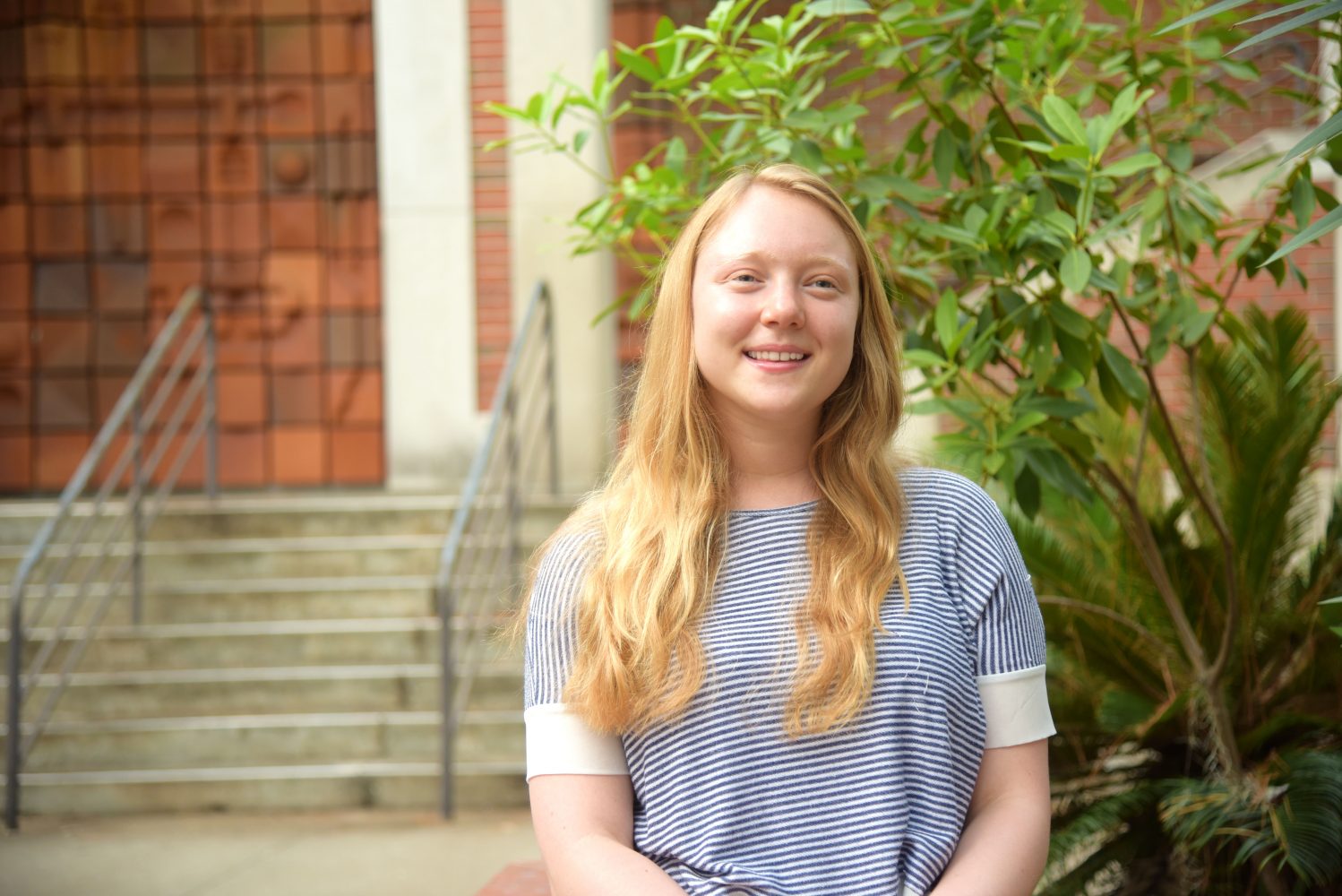 “For the Better Florida started two years ago and we are working to remove the stigma surrounding mental health treatment as well as improving the resources available on campus. There is an issue of students overutilizing certain resources and not knowing about others. As a public university, we get money from the state. For a while, there was a need to get 12 more counselors at the CWC. We weren’t able to do that though because of a lack of funding for mental health resources. This can only happen if legislation changes.

We found through our recent survey that the CWC struggles with having an overflow of appointment requests during certain times in the semester like finals, and very little in the middle of the semester. UF doesn’t have improper services; they just need to be more available.

Our survey found that 50% of respondents said at one point they felt they needed the services but didn’t utilize them. 29% of the 50% kept the issues to themselves. If you’re not having a healthy outlet, it’s going to get worse and worse and eventually you are going to crack. I know how difficult it can be, and it can get in the way of someone’s life no matter how confident or happy they are. Everyone has potential and you shouldn’t be inhibited by something that can be treated. People need to view mental illness on the same level as physical illness, both are debilitating.”

Jaclyn Krantzler, 21, senior, statistics major, president of Out Of The Darkness 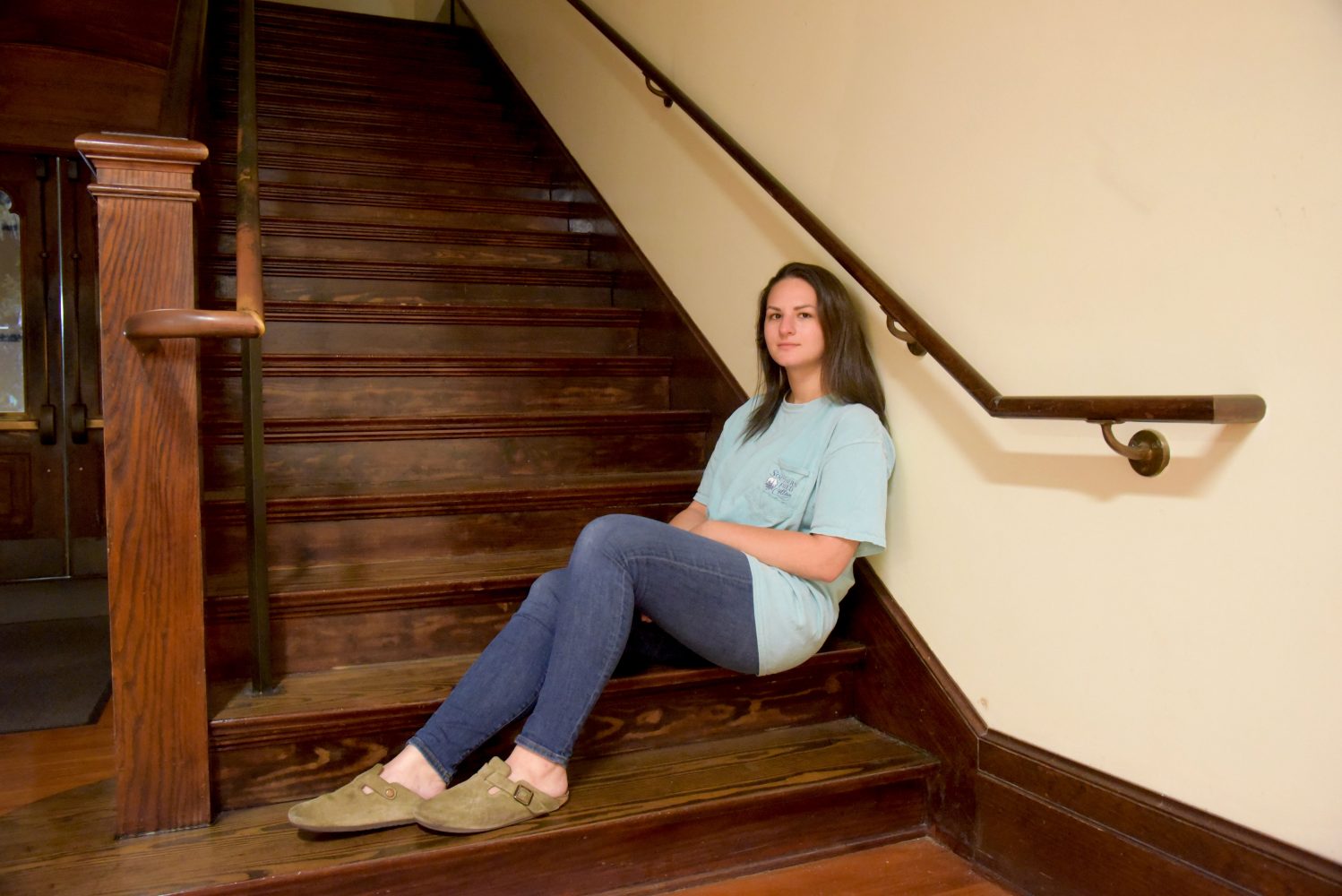 During my senior year of high school I found out about the American Foundation for Suicide Prevention and the walks they do. I decided that wherever I went to college, I would make sure they have a campus walk.

Out Of The Darkness is working to help the AFSP fulfill their mission, which is decreasing suicides by 20% by 2025. Everything we do for the walk in spring is ideally to fundraise to help them. It goes towards creating more research, more advocacies, more education. The more we work on our campus to raise awareness, the more we can raise money for these efforts that ultimately comes back to help our own community. I want this to continue because this issue isn’t going away overnight. We need to educate people about the reality of things.

Just because the CWC can’t see you this semester, doesn’t mean they can’t see you right now. They have 24/7 mental health professionals available to students in Peabody Hall. If you call the CWC, they have an automated voicemail telling you they are closed, but if you wait, it will ring and a professional will answer. The Alachua County Crisis Center is also available. You can call for anything. If you are overwhelmed, stressed, anxious, anything that feels uncomfortable to you, you can call. No one person’s experiences are more important than someone else’s. If someone falls it may hurt him or her, but if someone falls the same way it might not hurt. Everything has different pain thresholds and different life experiences. You are important and you should take care of yourself. It doesn’t have to be the worst thing to happen so that you call the hotline. Even if it feels like there is no one, someone will answer. People are scared to reach out to these resources because they don’t know what to expect, but if we made it a normal thing to call, it’d be incredible.” 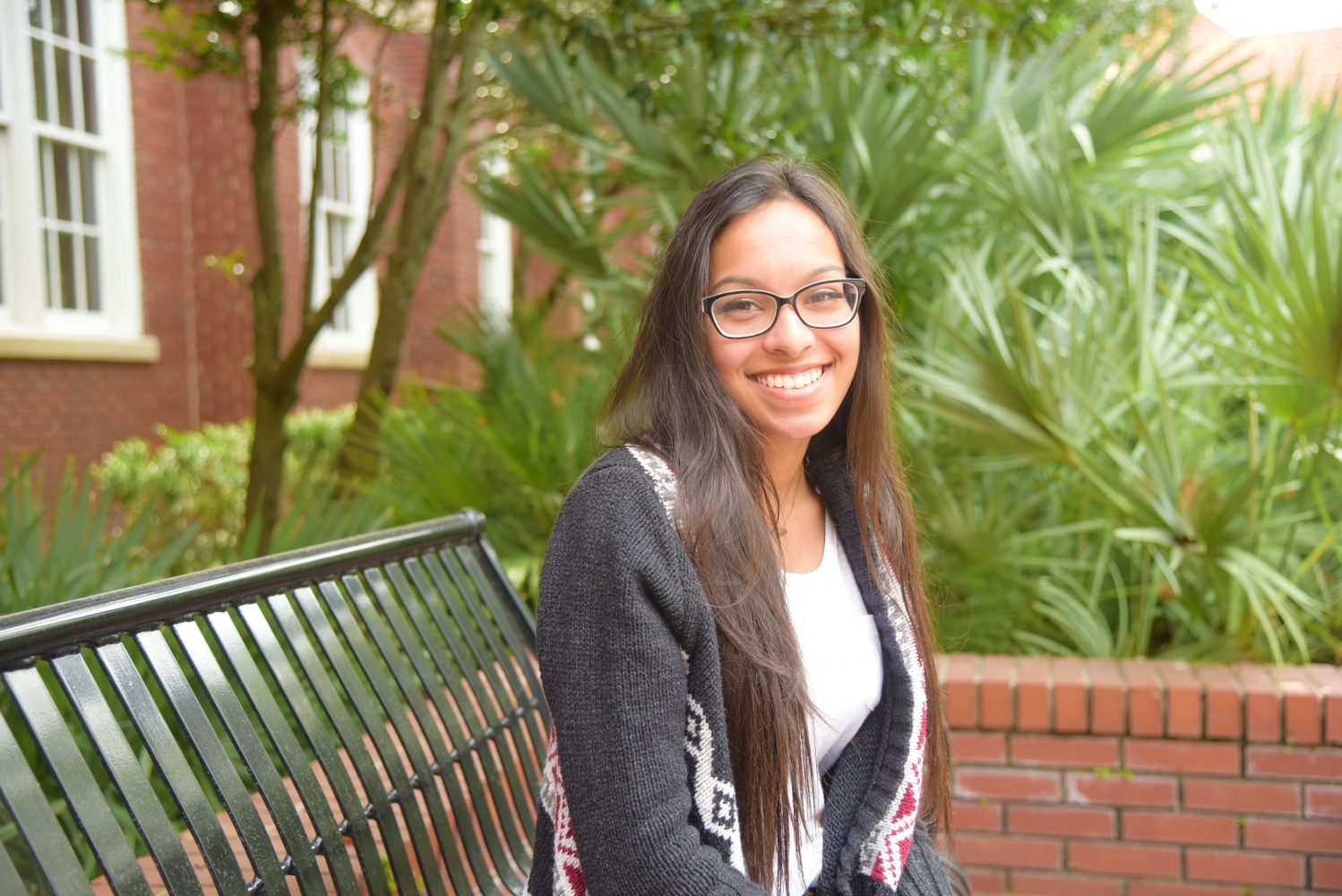 “Back in 2015 a friend of mine had passed away due to mental illness. I took it very hard. I blamed myself for it and didn’t know what I was supposed to do after it happened. I was living on campus at the time and my RA gave me resources, one of which was the CWC. I went there the next day and they were very helpful. The whole experience made me want to pursue mental health.

I don’t understand why there is such a stigma around it. Mental illness does affect you physically. If you look at brain scans you can see the deterioration. I want to study how mental illness affects the brain because it manifests itself there. If someone is too mentally exhausted to come into work, the employer should understand. We don’t treat physical illnesses the same.

Don’t be afraid to reach out, it’s the first and most important step. I know it can be intimidating to walk in the CWC and see a bunch of adults there. You might feel like they won’t understand what you’re going through because they aren’t your same age or aren’t going to the same things you are. But open up to them. Also know I’m open to anyone coming up and talking to me. Even if you are a stranger and see me in the library, come say hi. I won’t turn you down. As long as you are okay is my biggest concern. Not everything can be fixed on your own.” 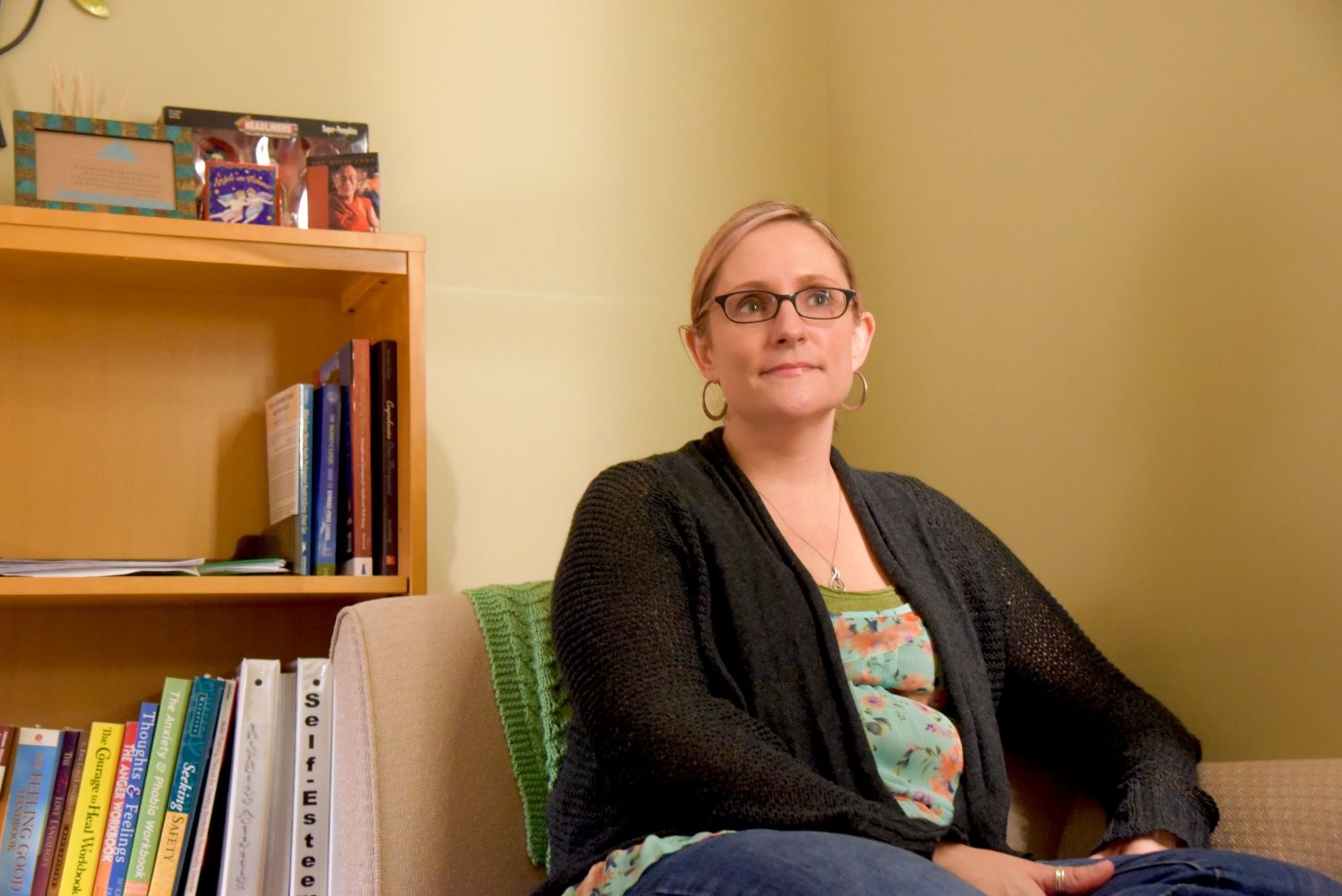 “Asking for help can feel vulnerable, and to some people they see that as a weakness. Why can’t I do this for myself or help myself? Allowing yourself to be vulnerable and ask for help is a huge strength. It takes a lot of courage to do that.

I think the statistic is almost 2,000 students per counselor that can do clinical work here. It makes it hard for us to see everyone that wants to be seen individually. The reality is that we try to do the best we can. We are trying to make them aware of the resources we have other than individual therapy sessions. Group treatment is just as effective as individual therapy. People think they will feel uncomfortable, but a lot who are unsure with group therapy and end up doing it have a great experience. This allows us to see a large amount of people in a small amount of time.

There’s always someone to talk to when you need it. There are more resources than just us.”

Jennie Mason is a reporter for WUFT News and can be contacted by calling 727-417-9550 or emailing jmason12@ufl.edu. You can follow her on Twitter @jennie_mas.
@@jennie_mas
Previous ‘TogetherUF’ Group Formed To Heal, Exchange Views After Spencer Event
Next Nov. 20, 2017: Morning News in 90