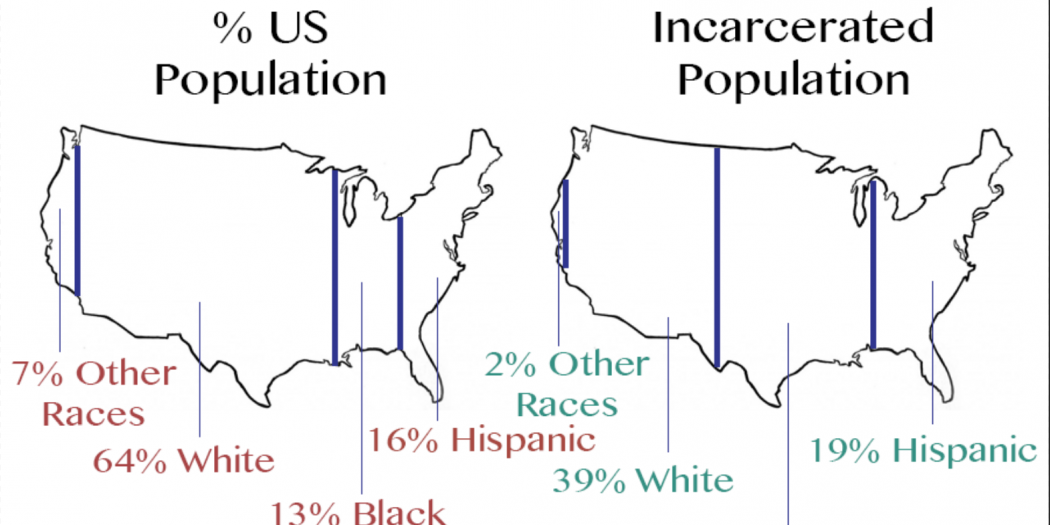 Twenty hours after Matthew Ramirez was released from Augusta Correctional Center, he landed in Gainesville, Fla., with no job, three years of supervised probation and an estimated $20,000-50,000 in prison debt.

Ramirez, 32, spent five years in prison for unlawful wounding—a violent felony in the state of Virginia, where he was convicted—as a result of a child custody dispute, he said.

During his five-year stint in state prison, his overdue child support and court fees piled up, awaiting his release. Meanwhile, his prospects of finding affordable housing, a stable job and the support of his community waned.

“Going to prison for that amount of time, you lose touch with a lot of people,” he said.

Ramirez is one of over one million former felons in Florida who are attempting to assimilate back into society and stay out of prison.

In the past ten years, 550 cases have been filed regarding felony convictions in Alachua County, according to the Alachua County Clerk of the Circuit Court. These files are any cases that have a relation to a felony committed in the area. There are 128 career offenders—who have been deemed by a court as a habitual, violent offender—in the Gainesville area, according to the Florida Department of Law Enforcement.

Felony sentences generally carry a minimum of a year sentence. However, the punishment for a felony conviction doesn’t end upon release.

“People who have a felony on their background can be discriminated against in terms of employment and where they live, depending on what their felony is,” said Salome Baugher, career navigator at Blue Ridge Community College in Weyers Cave, Virginia.

According to The Re-entry Project, 92 percent of employers and four out of five landlords in the United States screen for criminal backgrounds.

A successful job search can mean the difference between returning to prison and starting a new life for former inmates.

“If you can’t get a job and you can’t get a place to live, nine times out of 10, you can’t meet the terms of your probation and you end up back in prison,” said Derrick Jones, assistant professor of criminal justice at Santa Fe College.

The work release program in Florida allows some inmates to work a paid job in the community during their last few months in prison.

“Through programming and work release, the Department is focused on teaching inmates valuable job skills that will lead them to productive jobs and law-abiding lives upon release,” the Florida Department of Corrections said in an email. The FDOC declined further comment.

However, there’s always more offenders looking for retribution than there are people to teach them, Baugher said.

In Gainesville, the Partnership for Strong Families (PFSF) and the Alachua County Public Libraries partnered to create the Re-Entry Partnership Initiative, which helps connect employers to those seeking to re-enter society and the workforce, including felons.

“We came together and said let’s put together a program where we can have a greater goal to serve a greater amount of people and help people navigate this process,” said Cherie Kelly, resource manager at PFSF.

Finding a job extends beyond the résumé and background check. Access to childcare, reliable transportation to and from work and professional clothing are all barriers that those seeking a second chance must overcome, Kelly said.

“We had a young man in his mid 30s with some challenges related to developmental disabilities as well as some criminal background charges,” she said. “He lost his employment because of the criminal charges, but he got back out there and was able to get a job at the Kangaroo station, which for him is of tremendous value.”

For every success story, there are countless stories of former felons returning to prison because of failure to receive the proper aid.

It’s not uncommon for former offenders to revert to their old practices, whether out of necessity due to lack of a job or convenience due to lack of proper support, professor Derrick Jones said.

“The system is imperfect because once you’re released, everything is set up to bring you back to prison,” Jones said. “They don’t start off at ground zero. They start below zero.”

Matthew Ramirez also lost his job due to his incarceration, and it landed him back in prison months after his first release.

The massive debt he incurred during his sentence constituted he pay $2,000 per month as a condition of his probation, he said. Scouring Gainesville for a job, he remained unemployed and quickly fell behind on his payments.

He was incarcerated again after three months for violating the terms of his probation, he said.

He lost the small business license he had been working toward—which he saw as his only option—and had to re-start from scratch upon his second release to put his life back together again, he said.

“They say to fill out an application, but then they’ll tell you flat out they don’t hire felons,” Ramirez said of the businesses he applied to. “I’ve found Gainesville is not a felon-friendly place at all.”

The odds are stacked further against minorities and those who suffer from mental health issues when it comes to societal re-entry and incarceration in the U.S.

In the United States, black adult males make up a majority of the prison population, despite making up a minority of the overall population.

Black/White ratio among the incarcerated population in Florida is 3.6, according to the Sentencing Project 2014 data.

Offenders with mental health issues are also at a disadvantage when they are released from prison and no longer can afford to receive the proper medical attention, Baugher said.

“A lot of what happens for people with mental health issues is they get out, they stop taking their meds, and they end up doing something that lands them back in jail,” Salome Baugher said.

The prison population in the United States continues to grow, and with it grows the number of former offenders seeking to repent their past mistakes.

“In this country, we incarcerate pretty much anyone for anything,” Jones said.

He points specifically to racial minorities’ rights issues and for-profit prisons as targets for reform, but also said that reducing sentencing for nonviolent crimes is a route to reform as well.

Before these reforms can take place, Jones said he believes there needs to be a shift in American society’s values.

“Regardless of the color of their skin, sexual orientation or socioeconomic status, we have to value people,” he said.

In Gainesville, the Re-Entry Partnership Initiative aims to add to their program by educating employers on second chance employment. Their goal is to expand options for former offenders in the area and create a more inclusive community for them, Cherie Kelly said.

“We want to give them a new perspective on giving people a second chance,” she said

Katherine Campione is a reporter for WUFT News. She can be contacted by emailing krcampione@ufl.edu or 352-392-6397.
@katie_campione
Previous Nov. 16, 2017: Afternoon News In 90
Next Hurricane Maria Brings Puerto Rican Students To Florida Schools