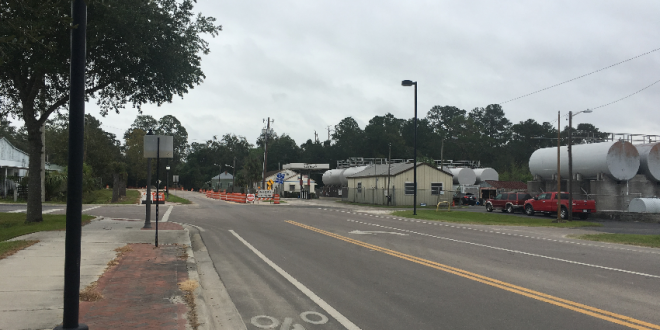 The city of Gainesville is planning a new redevelopment project for the downtown area called the Power District — a project that could cost the developer $150 and the city $30 million.

The Power District is bordered by the main section of downtown, Depot Park, the Southeast Historic District and South Main Street. The area takes up 17 acres of land, some of which belongs to Gainesville Regional Utilities buildings. Those facilities will remain, but the rest — streets, parking lots, garages and old buildings — is up for redevelopment.

Cross Street Partners, a real-estate consulting firm based in Baltimore, Maryland, is expected to buy the land from the city and take charge of the redevelopment. Once completed, residents should see more businesses, housing and retailers on the land.

Although Cross Street Partners plans to buy the land, there may still be lingering unknown infrastructure costs that would have to be absorbed by the city, City Commissioner Adrian Hayes-Santos said.

Gainesville’s Community Redevelopment Agency board gave the OK last week to negotiate the agreement with Cross Street Partners. The agreement will outline terms and conditions, including the timeline of the project and costs.

The negotiated amount from the developer is at $150 million, according to Andrew Meeker, project manager for the Power District and a manager for the Community Redevelopment Agency. That amount would cover the renovation of existing buildings on the land, construction of new buildings, and maintenance and management.

Meanwhile, the city would pledge a contribution of $30 million.

Some would be used to “bring daylight” to Sweetwater Branch Creek, which runs from Southeast Fourth Avenue to Southeast Depot Avenue). The process involves bringing the creek from underground to a visible stream, and it would, according to Meeker, create the opportunity to sell waterfront property, which then would increase real-estate values and bring more money to the city.

The $30 million would also cover beautifying the area, infrastructure to relocate the utility lines that currently interfere with development, and improving and constructing parking lots and garages, which Meeker said are major components of the redevelopment.

At least one resident has expressed hesitancy about Gainesville paying for another redevelopment project, but another, David Melosh, said he supports it, noting that improvements in downtown are long overdue.

“That money, instead of going out into a corporate office or somewhere else, stays in Gainesville,” Melosh said. “A lot of the money that we would spend there would come right back into our city and [would provide] the ability to do other projects.”

Amid all this construction is a residential aspect.

“Power District is not solely for business; it will also provide housing,” Hayes-Santos said. “Twenty percent of that housing will be affordable-rent units to benefit the residential community.”

The city would help with affordability by underwriting subsidies to give low-market rates for housing and local business, which will also come from the $30 million.

Parents, especially among the black community, are posed with the remarkable challenge of how to explain the racially-charged news of today to their children.