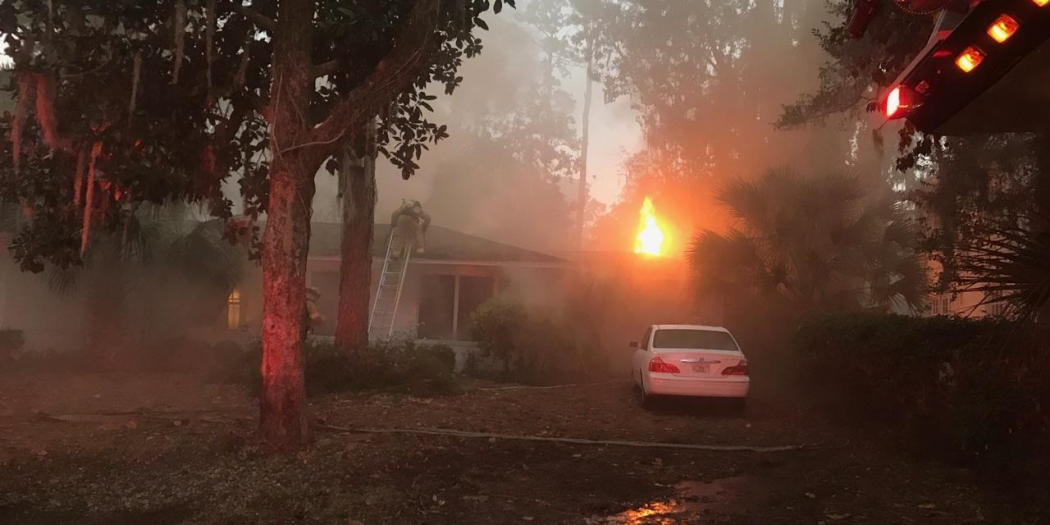 Two fires occurred this morning in the Gainesville area.

The unit was under restoration, says Gainesville Fire Rescue in a press release. A total of two Engine companies came into use to extinguish the fire in the main apartment, and a third provided water.

Two ladders were used to search for victims and to reach the fire on the second floor in the attic space. Within ten minutes of being at the scene, crews had the fire under control.

At 7:22 a.m. Gainesville Fire Rescue units were called to a single-story house fire.

The single-story house fire, 2210 NW 1st Ave., seems to have begun over the garage in the attic, according to the Gainesville Fire rescue. The fire is currently under investigation.

Eighteen minutes after the 911 call was made, crews had the fire out. The residents of the home live out of town, and the home was unoccupied at the time.

Abigail is a reporter for WUFT who can be reached by calling 352-392-6397 or emailing news@wuft.org.
Previous Nursing Home License Case Slated For January
Next In Photos: Micanopy Fall Festival Hosts More Than 200 Vendors In 2017