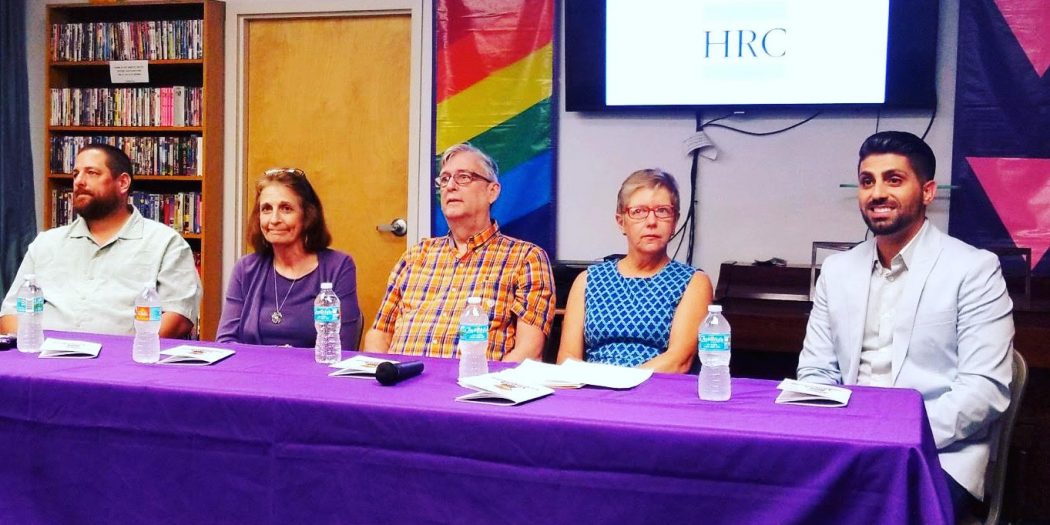 Jose Vega was born in Puerto Rico and grew up in a Pentecostal home. After telling his pastor that he was homosexual at the age of 17, Vega underwent five years of conversion therapy — praying for hundreds of hours, reading the Bible, going to “cleansing” retreats, and even undergoing multiple exorcism attempts.

Vega did all of this while living in the city of Gainesville.

“The amount of conversion therapy going on around here would astound people. There are so many churches who do not accept that being gay is ok and they are constantly reasserting those negative messages. That in itself is a form of conversion therapy, constant exposure to those messages can have an affect on people.”

Conversion therapy, also called reparative therapy, is the attempt to change or “fix” one’s sexual orientation or gender identity through a number of therapeutic methods. The practice has been shown to have negative effects on minors including depression, drug and alcohol abuse, issues with intimacy and relationships and even suicide.

Many psychological organizations including the American Psychological Association have denounced the practice, and conversion therapy has been banned in ten states and multiple cities throughout the state of Florida.

Still, conversion therapy is being practiced everyday, negatively affecting who end up in positions similar to Vega — divorced after ten years of marriage with two children, finally comfortable with identifying himself as gay.

“I just carried so much shame this entire life,” Vega said. “I’m not going to live like that anymore. How am I going to teach my kids to love themselves, to live their dreams, if I can’t even love myself?”

He continued, “I think conversion therapy is a very damaging  practice but I feel that a lot of people don’t understand what the practice is, how damaging it can be, and that it is happening here in Gainesville, right now.”

For Pride week in Gainesville, the Human Rights Council of North Central Florida (HRCNCF) organized a panel discussion on conversion therapy and used it as an opportunity to promote their upcoming attempt to ban the practice throughout the city. Vega was on the panel and shared his story, and was joined by four other clergy members and licensed psychologists, all who work in Gainesville.

Reverend Larry Greene, a Gainesville pastor and licensed marriage and family therapy counselor and part of the panel said, “Conversion therapy at its base is unnatural and manipulative, and biased on the parents’ fears that this child will be verbally and emotionally abused as a result of their sexuality. These parents typically do not accept that one’s sexuality is an aspect of who they are.”

He continued, “the deliverance aspect (a form of conversion therapy) is practiced here in Alachua county in many many churches, one of my clients now understands that he did not fail in the deliverance aspect but succeeded in maintaining his identity. It is an instance when they will pray for you for hours and hours and hours in their form of exorcism. The main problem in the depression that follows, trying to be a person of faith coming out of community that says that’s bad.”

The proposed ban would only affect state-licensed therapists and children under the age of 18. Unlicensed and religion-based counselors would still be free to practice the therapy, and adults are free to seek out the practice.

The purpose of this ban is to dissuade parents from subjecting their children to this form of therapy, as stamping the practice as illegal will suggest how harmful it can be to patients.

“Parents want what is best for their kids, but they need to be aware of what these practices are doing, what their implications are,” Vega said. “The medical journals is saying the damage these practices have, and we have people sharing their horror stories.”

Vega said that as a minor he was much more susceptible to what his pastor and therapists were saying. At 17 he truly believed that he could “fix” his homosexuality with the help of therapy. Now that he’s 35, he said he wouldn’t buy it.

“I genuinely believed that God would be enough,” Vega said. “I hated being gay. They equated it to being alcoholic … as long as you weren’t near or consume alcohol you’re fine, it’s a temptation. So as long as you never accept the fact that you’re gay you’ll be fine.”

He continued, “When you’re a minor you can’t truly decipher what the truth is. If someone were to tell me at 31, hey Jose we can absolutely guarantee that you won’t be gay, I wouldn’t believe them. But at 17 you’re so much more impressionable, and it really took me.”

Shelly Wilson, an inclusive Gainesville church reverend and Human Rights Council member said during the panel that, “The assumption of sin, that the person’s very identity is sinful, and the deity God is hateful of that person’s identity. And especially if you are a person of faith that teaching can be very damaging. You can see how there are multiple layers of shame being done. This is fake religion, it lifts texts and twists texts out of their historical context and makes them something insidious. It is based in false religion and is very very harmful.”

Bob Karp, President of HRCNCF has already spoken with Gainesville city commissioners and believes he has their support in enacting the ban. Once the ordinance has been pitched to the commission a voting date will be decided.

Political support is one thing, but the support of the community is also needed to ensure the ban is successful. As Vega said, many people aren’t aware of what conversion therapy is, or that it is happening frequently in Gainesville.

Karp also said that many parents have expressed fears that this ban infringes on their first amendment rights or unfettered rights over their children. The purpose of this ban, as the courts have supported in other cities, is to ensure the safety and protections of minors, which sometimes includes going against the wishes of parents who attempt to put their children through this therapy.

“Parents, as the courts have asserted, don’t have unfettered rights over their children,” Karp said. “This comes down to trying to protect a child basically from things that are child abuse. And that’s what this really is, the priority is protecting the child, not ‘parents rights.’”

Vega hopes that this ban will be a starting point in a movement to educate parents on the harms of conversion therapy and establish more safe spaces for LGBTQ youth who feel isolated. Vega went to church therapy, so while this ban could help a lot of children, it wouldn’t have helped him and won’t help those in similar situations. Therefore, educating the community is as important as enacting the ban.

“I hope this [ban] transcends into more than just minors in licensed offices,” Vega said. “I went to therapy from my church, this wouldn’t have helped me. But if we educate parents and the community on what this practice actually is, that is a conversation we need to have.” 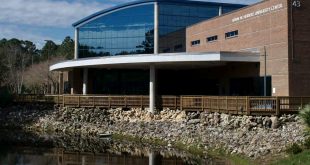