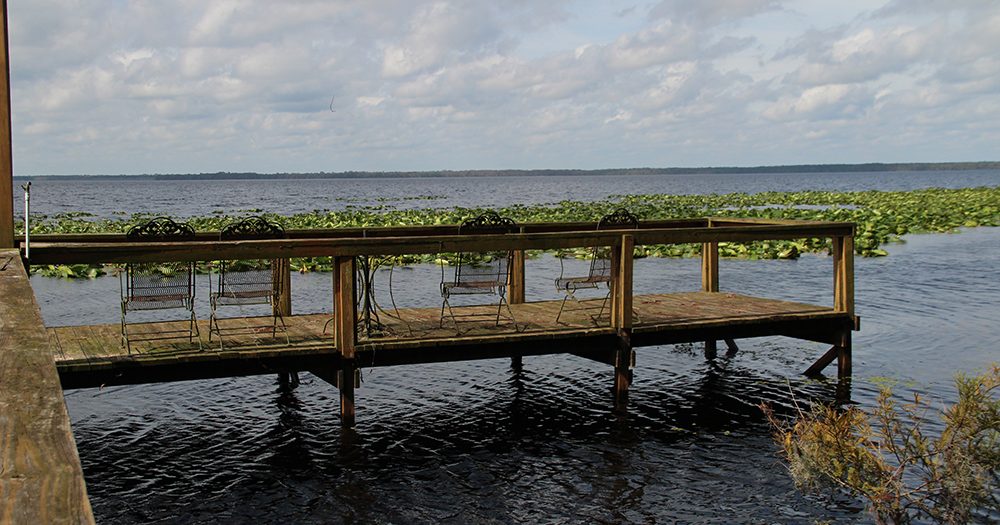 This story is a part of Untold Florida, a WUFT News series built from your questions. Sherri, an audience member, asked us to check back on the lake after our story in June on its water levels.

Hurricane Irma left devastating impacts in many parts of Florida as it swept through from Sept. 10th to Sept. 11th, causing record flooding and storm surges.

A wetter summer and the massive rainfall from Hurricane Irma caused the water levels to rise so rapidly, Mundy said.

“It (Lochloosa Lake) had been wet from the summer rainfall and then Irma, of course, added to that enormously,” Mundy said. “Any additional rainfall that we get has no more shortage within the system to absorb it, so extra rainfall could result in the lake’s levels getting higher again.”

Lochloosa Lake has been in a drought since 2012, but Mundy said that in order for the lake to be in drought conditions, the levels would have to be at around 54 feet.

“I would say that at this point, we would not consider them (water levels) to be in drought conditions any longer,” Mundy said. “How rapidly they (water levels) continue to drop or steady would depend a lot on any rainfall that we might get going forward.”

Mundy said she doesn’t expect any permanent damage to the lake based on an event of rainfall like Hurricane Irma.

Daly said that the rainfall from Hurricane Irma in Alachua County, with the conditions from a wet summer impacted the lake’s water levels significantly. From May 1st through September 25th, the Gainesville area received nearly 59 inches of rain, Daly said.

“We had the wettest summer on record for the Gainesville area from May through September, up until the hurricane.” 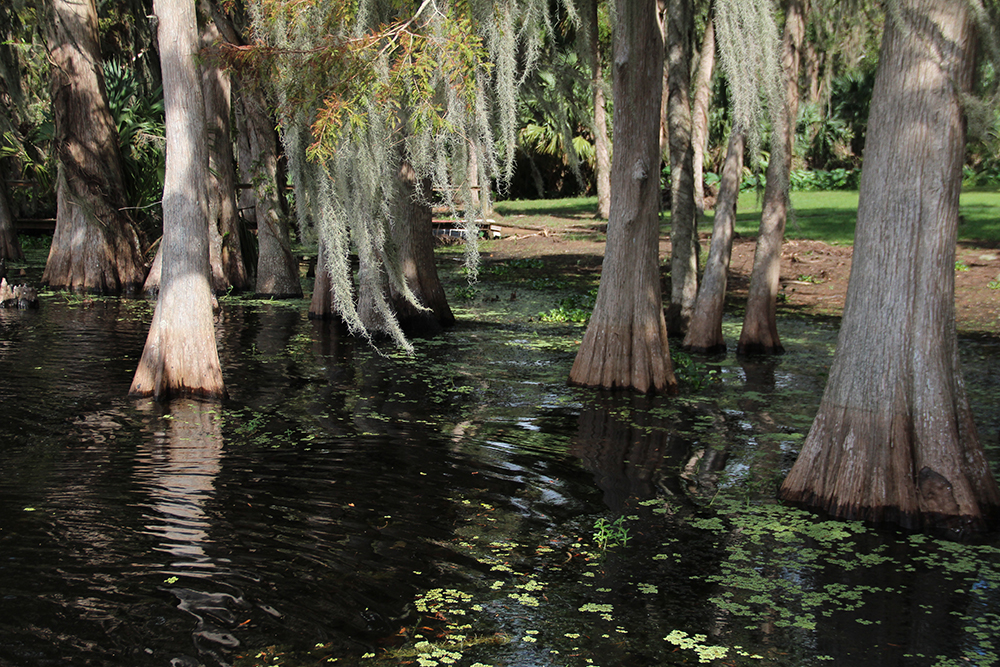 The peak for these rising waters was between September and early October. From then on, residents and fishermen should expect these water levels to decline, assuming normal conditions, Michael Daly, the Water Resource Data Manager for St. John’s River Water Management District said.

Daly said that the rainfall from Hurricane Irma in Alachua County, with the conditions from a wet summer impacted the lake’s water levels significantly.

“Typically, in the Gainesville area, as we move into October, November, we start to move into the drier time of the year and while the days are shortening and evaporation becomes less significant, we also generally do not have any major rainmaker type events,” Daly said. “My expectation would be, at this time of year, we would normally see the systems starting to dry out.”

Marie Trawick has been a resident of Lochloosa Lake since 1996. She said that for the first time since 2015, her husband was able to go out fishing on the lake.

Trawick said that the water rose up about 12 feet, right into her yard and goes down about six inches every day.

“It helps with the fishing,” Trawick said. “I think it helps with the water movement, to get some of the trash out of the lake and keep stuff moving. The hydrilla has come up to the shoreline because of the water.”

The only concern that Trawick has with these rising water levels, is with airboats that come close to the docks.

“The only concern I have is that some of the vegetation has floated into some of the docks and if some of the airboats go through that vegetation not knowing that is dock is there and hit a dock,” Trawick said. “We’ve had some fishermen in my cleared area, but they normally don’t come into the cleared area unless they’re fishing.”

Trawick and the Florida Fish and Wildlife Conservation Commission have not heard of a no-wake zone in the area. 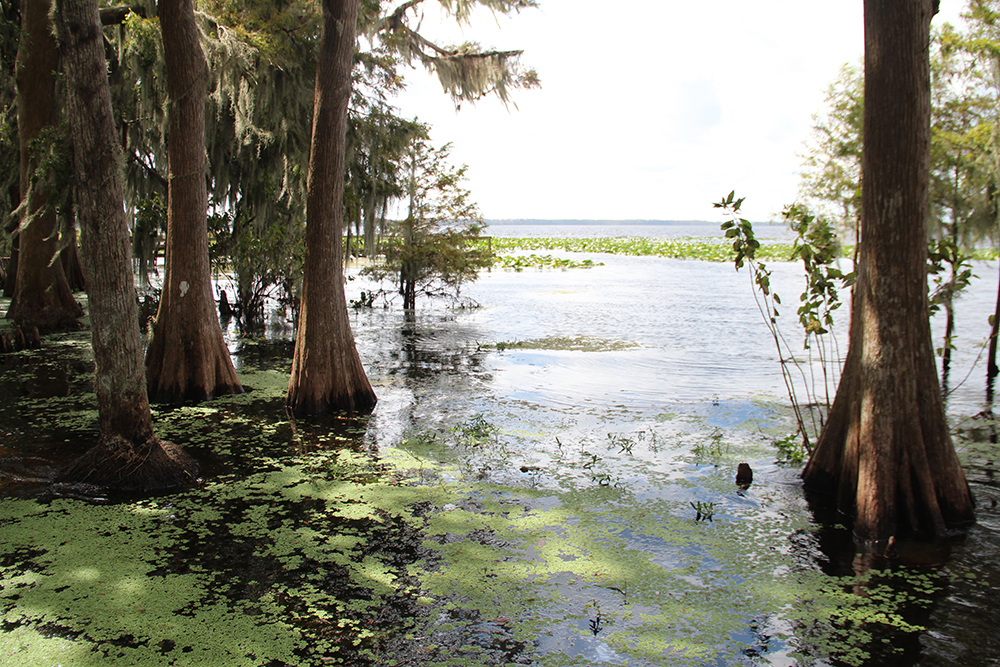 “It helps with the fishing,” Trawick said. “I think it helps with the water movement, to get some of the trash out of the lake and keep stuff moving. The hydrilla has come up to the shoreline because of the water.”

“They’re never too high,” Trawick said. “The water disappears so fast; you would just be amazed how fast it goes down.”

This story emerged from an audience question. Submit your curiosities to Untold Florida, and we’ll find the answer. Preference is given to those who include at least their first name.

Christina is a reporter for WUFT News who can be reached by calling 352-392-6397 or news@wuft.org.
Previous Oct. 12, 2017: Afternoon News In 90
Next Gainesville Encouraging Concussion Testing For Child Football Players

Prosecutors believe that he scammed at least 21 women across eight states and amassed over $750,000 through years of schemes.