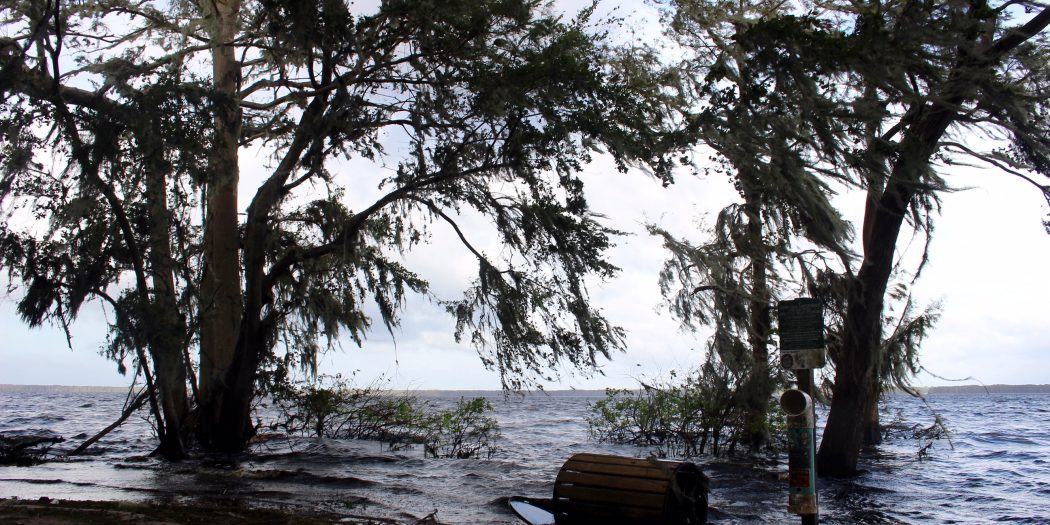 Gainesville residents used to fish at Newnans Lake until they began noticing some changes. The water where many people used to bring their boats out to is now too dirty for some to enjoy fishing.

Residents like Joe Courter are not surprised about the problems going on.

“I live on the lake, and it’s a hidden gem,” he said. “There’s always been a problem with a lot of runoff coming in, so it’s been a continuing thing.”

Due to excessive phosphorus deposits causing a depletion of oxygen levels in Newnans Lake, the Alachua County Environmental Protection Department has decided to move onto phase two of their plan to help clean up the water. The department proposed the Newnans Lake Improvement Initiative in 2016. The initiative plans to develop cost-effective ways to reduce phosphorus and nitrogen deposits into the lake.

“The phosphorus is not entirely from people,” Cohen said. “A lot of it is from geologic material, which is why it is not easy to regulate the source.”

The initiative will involve locating the source of nutrients in Newnans Lake and constructing a weir, which will act as a barrier across Little Hatchet Creek to trap pollutants and alter the water flow of the lake.

“We’re hoping to have begun construction [of the weir] by March 2018,” Bochnak said. “We want to test the efficiency and monitor it the remainder of 2018 so that hopefully we’ll see positive results and get the majority of the wet season.”

Monitoring the pilot project throughout the wet season helps to see how much water is moving through and the reduction of nutrients amounts as a result.

Because the weir is a new technology and concept, the team of experts wants to spend some time monitoring it once it is implemented.

Phase one of this project used the funding received in July to assess where the phosphorous in Little Hatchet Creek and Gum Root Swamp was coming from, and to complete conceptual designs for the weir, said Gus Olmos, the water resources manager for Alachua County’s Environmental Protection Department.

The project was outsourced by Alachua County to a consulting company, Environmental Consulting & Technology, Inc.

The Newnans Lake Initiative is a pilot project to see how successful this weir is at reducing nutrient loads from Little Hatchet Creek into Newnans Lake. If this is successful, the same weir will be used in other areas of the Orange Creek basin, which Newnans Lake is a part of, Bochnak said.

For phase two of the Newnans Lake Initiative, $250,000 of state funds for the 2017-18 fiscal year will go to the water treatment weir and initial phosphorus source assessment in Hatchet Creek watershed, Olmos said.

“The preliminary results from the phase one work were used to define the scope of work for phase two,” he added.

According to him, the grant for phase two has been approved, but a contract with the state has not been signed yet.

The weir will alter the water flow in Little Hatchet Creek and slow down the velocity of the water so that the amount of nutrients in the water is reduced, Olmos said.

“We can’t control the base flow, so we’re trying to see how to slow down the velocity of water,” he said.

Base flow is the flow in the stream when it is not raining.

Cohen, who was not initially familiar with the project, said that the concept of a weir in Little Hatchet Creek is a good starting place.

“The Little Hatchet Creek is a hot spot for phosphorus load to the lake,” Cohen said. “I think its sort of barking up the right tree. Its reducing the load from the biggest problem [area].”

If Bochnak and her team see positive results, then they will duplicate and expand on a larger scale. According to Olmos, phase two of the project is expected to be completed roughly six months after start up.

Olmos said the Newnans Lake Improvement Initiative is a long-term project that will also have expenses after the project is finalized because of maintenance costs.

Natalie Bauta is a reporter for WUFT news. She can be reached at nbauta21@ufl.edu or (786) 270-8991. Her twitter handle is @nataliebauta
@nataliebauta
Previous Fire Departments In Alachua County Dealing With Increasing Turnover Rates Due To Lower Salaries
Next UF Athletes Speak Up About Challenges Of Career In Sports And Their Path To Success