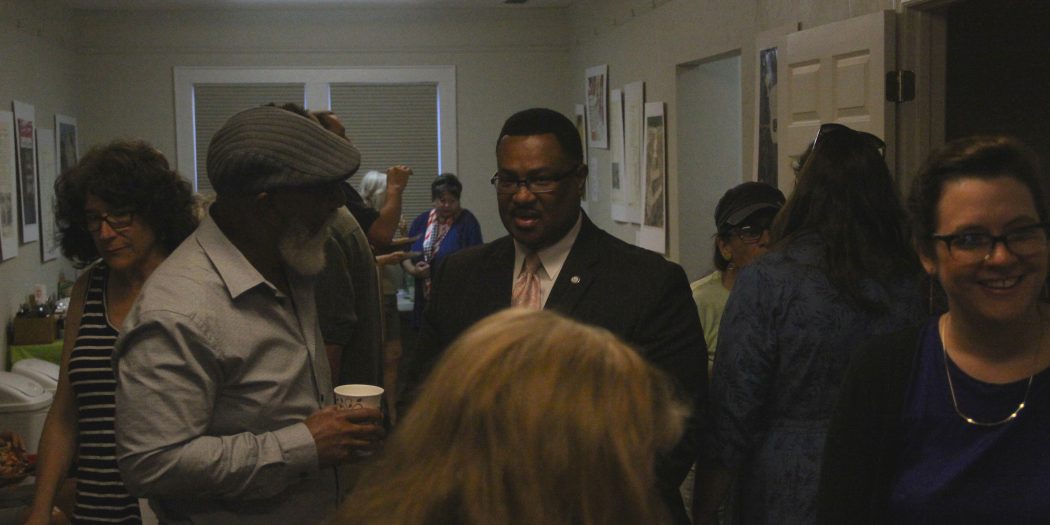 In 2007 Jhody Polk went to prison following felony convictions involving grand theft and home invasion. She spent seven years there, got out and started studying at the College of Central Florida to be a paralegal.

She’s 33 years old now, and her ambitions point to law school – but prior felony convictions have guaranteed complications.

“I’m unable to even attend certain schools because I don’t have my rights restored,” Polk said.

In light of such restrictions, Polk has organized with Say YES to Second Chances, a campaign dedicated to the restoration of voting rights to people with non-violent and non-sexual felony convictions.

“It’s just too big to ignore now,” Polk said on the relevance and importance of the initiative this year. “This is not just an issue here in Florida, this is a nationwide issue for criminal justice reform.”

Polk is one of 1.6 million ex-felons unable to vote in Florida – one of three states that permanently revoke voting rights to people with such felony convictions.

There is, however, renewed confidence for the effort to restore such voting rights in the state.

State Rep. Clovis Watson Jr., who has introduced the measure every year since taking office in 2012, said this year he and community organizers are doing more than going through the motions.

HB 61, the related bill, has failed to make any progress beyond introduction in the last five years.

“This particular time we’re taking it another step forward,” Watson said Tuesday after an Alachua County Labor Coalition meeting, where attendees voiced their support for the amendment. “We’re taking it to the voters.”

In October 2016 activists gathered signatures to have their proposed amendment reviewed by the Florida Supreme Court. In March 2017, The Court approved the text of the ballot initiative.

Now, the goal for advocates is to collect enough signatures so that Floridians can vote in 2018 on the bill.

“You need about 600,000 signatures,” Watson said. “But I truly believe we need a million signatures because a lot of signatures might get thrown out, some may not be legible.”

Watson said he is confident that it will move forward.

“Let the public decide if they [non-violent ex-felons] have the right to vote and to be reintroduced into society. I believe they do and I believe the public will agree with me,” he said.

Justin Ford is a reporter for WUFT news and can be reached at 561-809-2670, and by email at justin.samuel.ford@gmail.com.
@@Justinian_Ford
Previous As Shands Advances Child Care, Ronald McDonald’s Wait List Grows
Next Q&A With Former FEMA Administrator Craig Fugate