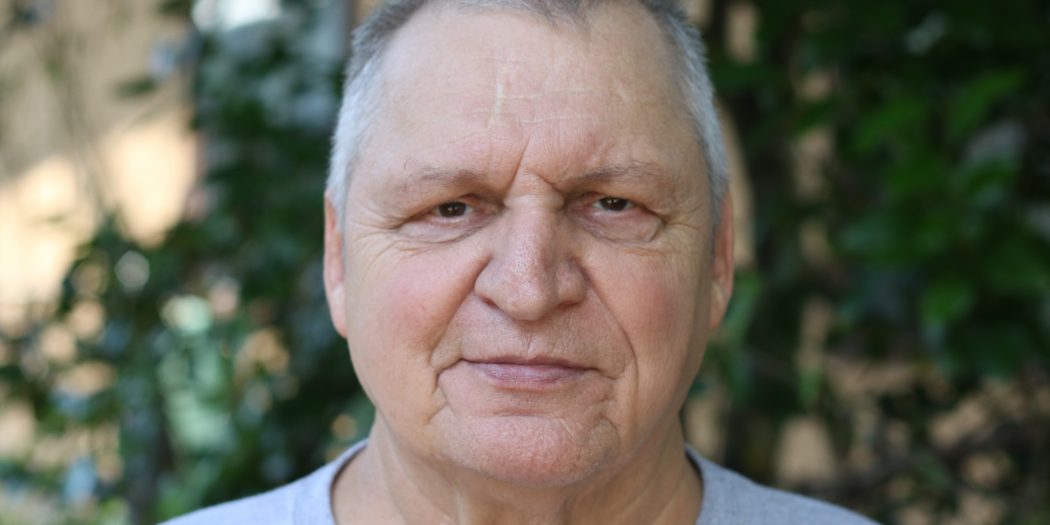 The depiction of the Vietnam War in popular culture just isn’t for Terry Coons. He lived it, as a member of the Army’s 23rd Infantry Division in 1969 and 1970. This memory from those 13 months has never left him: A young Vietnamese girl in a nearby village was burned alive by white phosphorus after North Vietnam rocket attack on his base and the village. Today, he lives in Newberry and is a chaplain and is member of the Vietnam Veterans of American Chapter 1092 Alachua County. Our conversation took place at the group’s monthly meeting on Aug. 28, 2017, at American Legion Post 16 in Gainesville.

Where do you live now and for how long have you lived there?

Newberry, Florida, for 38 and a half years.

Can you tell me about how you first heard about Vietnam and how old you were?

When I first heard about it, I was in the Army in 1967. I knew it was already going on. It started really before the Korean War ended. We had advisors (in Vietnam) while we were still fighting the Korean War. I was over in Germany, and in 1969, I volunteered to go to Vietnam.

Where did you serve?

I was with the 23rd Infantry Division on Hill 29 in I Corps, which was also called LZ Hawk Hill or Hell’s Hotel. I was with A Battery 3/16 Artillery, which was the only artillery battery to win the Meritorious Service Award during the Vietnam War. In 1970, they won it.

How long were you there?

What was your impression of Vietnam when you arrived in country?

The country was beautiful. It had that smell to it of war and things that had to be done that you don’t usually do. We used to have to take the outhouses and burn them.

What were some of your responsibilities when you first got there?

When I got to the LZ in October 1969, I started in the kitchen for about a week. My MOS was 94B20, which is Army (speak) for a cook. I never worked in the kitchen for more than a week. I mostly worked as ammo guy for the artillery gun — load the powder in. I’d take a two-and-a-half-ton truck and fill up the shower with the water. Get a 55-gallon drum sitting on top of wooden crates, and that was our shower. We’d take the civilian workers from downtown, bring them up through the MP station to get checked, bring them on, then in the evening take them back down, and go through the MP station and take them back to the village. We did all the menial things like burning the outhouse in 55-gallon drums. That wasn’t too pretty…

We had rangers attached to a LRRP — long-range recon patrol. I got real close with them and hung out more with them than the artillery guys. Occasionally, my battery commander would allow me to go out with them into the jungle, into the fields. That was a scary thing. Everybody’s scared over there.

My first contact with the enemy was actually on the LZ (landing zone). We got hit on Christmas Eve 1969, and even though we didn’t lose any lives, the way our post was set up was that a company of 1st Calvary, which was the tanks, and an infantry company, and artillery company, and over to our right was a platoon of rangers, and over to our right were civilians from Thailand or the Philippines working there on the post, it was about midnight Christmas Eve 1969, when we got hit. It was Christmas Day when we were picking up bodies — mostly theirs and occasionally… The way the jungle sat was this way, and behind us was where the village was. That’s the only place other than the jungle. The rest was all surrounded with jungle. When the enemy shot off the 122mm rockets, some of them would land in the village. The first close contact I actually got with a casualty was a little three or four-year-old girl that was sitting at the aid station on Christmas morning with her mother, and she had gotten hit with the white phosphorus — not from ours, but the enemy. And it was burning through her skin. Once you get hit with the white phosphorus, there’s no way to stop it. She didn’t last long. I don’t know for sure, I can’t say, and I don’t want to accuse the doctors there or anything, but I believe just a little morphine did her in. She was gonna go. You could see right through her bones, because it leaked right through you. Her mother was upset. From that day forward, I was pretty protective. I’ve got three grandsons and two daughters. I’m pretty protective of children. I used to have a children’s ministry at my church. I’m a chaplain down at the nursing home — volunteer. It stays with me.

What were some other ways the war changed you?

When I go out with my wife — I’m getting better at it now — I go out to a public place, I have to sit where I can see the door. You know? Very conscious of things around me. You notice when I sat there, I sit on the outside. When I go to church, I sit and the end of the pew. I can’t be closed in. I don’t like that. Noises bother me. I can’t enjoy fireworks anymore like I did when I was a kid. Around 4th of July, Christmas, people setting off fireworks, I don’t sleep for two or three days. I’m getting better at that, too, thanks to some of the treatment I’m getting at the VA for it.

What are your memories of how the nation treated Vietnam veterans?

What are your impressions now of how the nation remembers the war?

I don’t watch films on Vietnam. I tried it for a while. The only thing I’ve ever really watched on it was a show that came out in the 1970s called ‘Tour of Duty.’ That was about as close to Vietnam as you can get. We went to the movies when ‘Platoon’ came out. I think the nation is starting to get better at looking at it, but they need to know more and get educated on what really went on there.