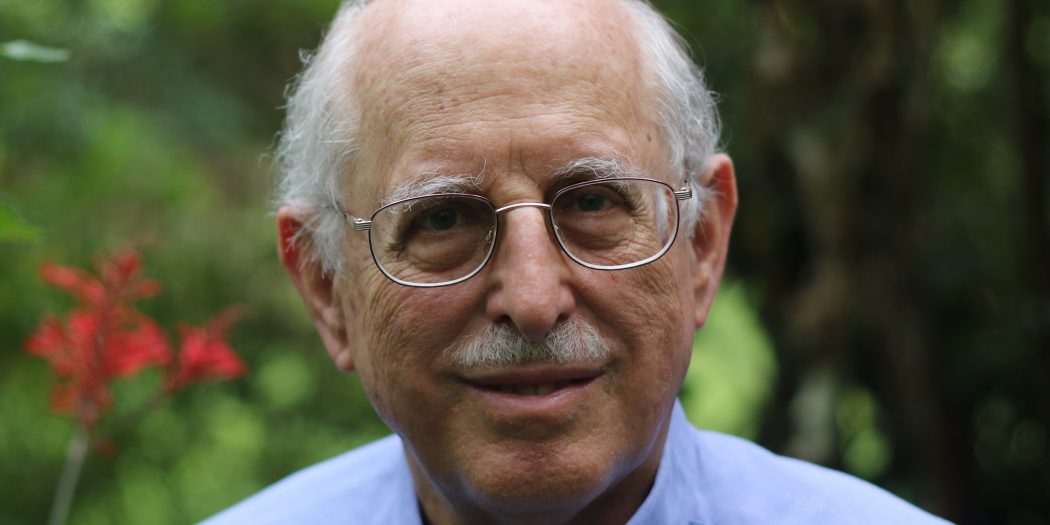 While he tries to search for the positives of Americans’ involvement in Vietnam, Harvey Goldstein often comes up empty. If anything, it might be the massive infrastructure system the United States military helped to build and then left behind. Goldstein was a south Florida judge after returning from the war before retiring and making his way to Alachua County. Our conversation took place Aug. 15, 2017, at his home in Gainesville.

My name is Harvey Goldstein. I like to think of myself as a lifetime Florida resident, since I moved to Hollywood, Florida, with my folks in 1947. I was born in a coal mining town in Wilkes-Barre, Pennsylvania.

I’m a product of a wonderful public education system in the state of Florida that gave many people like myself and other people from modest means to get higher education. Graduated from South Broward High School, came up here and graduated from the University of Florida in 1962. Florida still is a ladder for upward mobility because of the cheap tuition here. I graduated and went into the military in the fall of 1962. I went to officer training school in Lackland Air Force Base in Texas and was there for four-and-a-half years. Came back originally to enter the business school to get an MBA. That wasn’t working out for me. I didn’t like it. I wasn’t doing well. I graduated in 1970 from law school.

Do you recall when you first heard about a conflict in Vietnam?

I was already in the military. I enlisted in 1962. The Gulf of Tonkin was 1964, and I went over there in 1965. I’m a newspaper reader. It’s an obsession with me. Addicted. I knew about the Gulf of Tonkin. I was at Fort Lee, Virginia in the Air Force and air defense command. They were going to send me to Tin City, Alaska. A Florida boy like me? To be up around the arctic circle for a year with all these men, no women, and no place to escape? That wasn’t for me. I said I don’t want to do that. He said, “Well, we can send you to southeast Asia.’ Much to my mother’s sorrow and pain, I agreed to go to southeast Asia. That was in the fall of 1965.

Do you recall other conversations with your parents about going?

I have a philosophy about the war: Waste. The whole war was a waste of human lives, damage to human beings, and a tremendous economic waste of money just thrown away that we’re probably still paying for today.

I went over to Clark Air Force Base. They sent me to jungle survival school. I said this is crazy. I enlisted four years in the Air Force so I wouldn’t be a grunt, have to carry a rifle and take apart a rifle. I was surprised. It was not what I had bargained for. It wasn’t very long — a couple weeks. I was with a fireman unit. I have a philosophy about the war: Waste. The whole war was a waste of human lives, damage to human beings, and a tremendous economic waste of money just thrown away that we’re probably still paying for today. When they talk about the big government debt, I suspect we’re still paying off what we threw away in the Vietnam War.

Eventually, I got sent to Vietnam. I flew into Saigon. The war was in early stages. I was out at night by myself, no arms, riding around in a bicycle cab.

How long did you spend in Saigon?

I might be there a week or two. My major tour in Vietnam was for two months on a ridge above Cam Ranh Bay. Anybody with any connections and smarts didn’t go over there. It was just people who didn’t have the money and the smarts and the connections or people who were faithful and believed in the government and Uncle Sam.

Did you have that perception at the time or did it develop after?

It’s developed since then, but even then, I knew what was going on. I had a high school friend in San Francisco I crashed on their couch, and I spent a week in San Francisco. They were starting to organize, burn the draft cards… but the real stuff was in 1967, at the height of the anti-war stuff. But you could see what was going on. You could read people were going to Canada.

So you’re up on the ridge (above Cam Ranh Bay)…?

I was trying to think if there’s anything positive I could say about the Vietnam War. We’d built this tremendous infrastructure in Vietnam. Cam Ranh Bay was supposed to be one of the most advanced ports in the world that we built — allegedly. After we left, the Russians used it, and the red Chinese used it and the Vietnamese used it. I don’t know what it’s like today. We built all these airports, to care for our jets, in Vietnam and Thailand. We built roads. I was thinking, what is the positive stuff? If it’s being used today to industrialize or make economic progress for those countries, maybe that’s the small benefit of it.

I spent the longest period of time, of two to three months, with this Army unit up above Cam Ranh Bay. That was crazy, too. Americans, like anywhere else, are entrepreneurs. It was an Army signal unit. The major who ran the encampment had access to a plane, like a Piper or a Cessna. He worked out this deal where he would go down to Cam Ranh Bay and get certain supplies. He would fly to the hill country in Vietnam. You weren’t supposed to eat any of the vegetables over there because they did night feeding. They take their human excrement and spread it over their fields for fertilizer. That’s not hygienic. The French when they ran Vietnam as a colony, they had gone to get away from the heat and humidity and created westernized enclaves in the mountains of Vietnam. They were growing vegetables and stuff up there. He would fly in with his Cessna and had a bunch of stuff that he would exchange for fresh vegetables… He would trade certain things for Coke and beer and stuff and then fly back. Up on the ridge, everyone ate well — fresh meat, fresh vegetables.

Probably the worst thing, and I didn’t realize and kicked myself how I didn’t speak up, is that some guy in electronics or something would cook for us as long as he could get some days to go into the Vietnamese village. What was he? He was a pedophile. He would go around bragging about these 8- and 9-year-old girls. He’d go down there and pay their parents. He told us the girls didn’t want it, but he’d pay the parents so he could have … you know he was as bad as the guy from Penn State (Jerry Sandusky, convicted in 2012 of child sexual abuse). He was bragging about it. You know, none of us did anything about that. He knew that was the deal. You cook for us, we give you leave to go in and do whatever you want to do.

At what point did you arrive back in the United States?

The spring of 1966. 1967? I don’t even remember. That’s a hazy area because, for me, I didn’t know what I was going to do when I got back. For me personally, the war was beneficial. The benefits for me were the GI bill, which enabled me to go to school. First to business school to work toward an MBA then to go to law school. I don’t know whether I could do that — my parents had no money. (The war) opened my eyes to a world, all over southeast Asia, in the Philippines…

Was there any sort of readjustment period (for you after coming back to Florida) or did you just find your academic pursuits?

I was very fortunate. I was not a grunt. I was not in a situation where I should get PTSD.

Did the war change you in any other particular ways?

Just to become very skeptical and cynical about our government. Flying into Okinawa, I see this field. If you’ve ever been to where they bring in cars from Japan in Jacksonville or something, you’ll see block after block, hundreds and hundreds of cars as they take them off the ship and distribute them around the United States. Flying in, there was this field with hundreds and hundreds and hundreds of jeeps and vehicles in a big depot. All that money that could have been spent here in the states was going overseas. It was not coming back. Just like in Iraq, that doesn’t come back. Some stuff comes back, but most of it just stays over there. The whole experience just left me sour. I used to hang around the officer’s club at Clark Air Force Base (in the Philippines). There was some commotion, and I said, ‘Who is that…?’ I heard General Westmoreland and his staff would come over on weekends — Friday night — and stay at Clark Air Base, like it was like a country club. There was a tennis court. He’d play tennis on weekends and fly back Sunday to the war in Vietnam. Did they do that in World War II or Korea when they took off weekends…? It’s absurd.

What haven’t I asked about your experience or the American involvement as a whole you think people should know?

There are politicians, perhaps maybe even (President Donald) Trump, who I’m not a fan of and who I’m afraid of. Supposedly, he wants to pull our troops out of Afghanistan. He has this simple-minded thing that we either win or get out. You know, that appeals to me to some extent. We shouldn’t be overseas unless our security is really at stake.

Vietnam was a war, in hindsight, that we apparently fought and didn’t raise taxes to pay. That’s crazy.

Vietnam was a war, in hindsight, that we apparently fought and didn’t raise taxes to pay. That’s crazy. If you’re going to go to war, you have to raise taxes and pay for the war. As a business person, it’s not a regular budget item. A business person who’s going to create another factory has to have money. If you’re going to borrow money, borrow money for something that’s going to pay you back. To borrow money to fight in Iraq or fight in Vietnam, what’s the payoff for that? What’s the benefit of borrowing money? Is the United States better today because we went into Vietnam than if we had not gone in Vietnam? 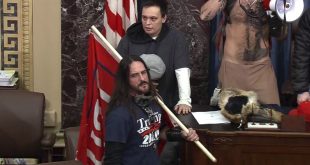 The population boom boosts Florida's clout in the U.S. House of Representatives, where its delegation will grow to 28 members.