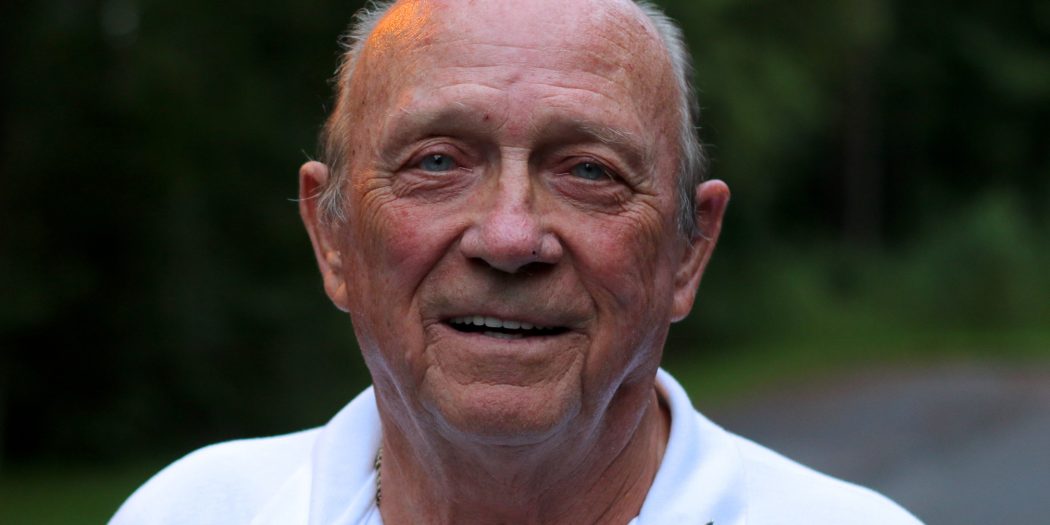 Duane Romine saw his nearly two years in Vietnam in motion pictures, which he made as part of a Department of Defense combat motion picture team. He’s proud of the work he did and says, “I loved that job so much.” During our conversation on Aug. 28, 2017, at the American Legion Post 16 in Gainesville, Vietnam vet and former Army photographer Jim Lynch walked past. Romine quipped, “He was a single-framer!”

What year was that?

What was your responsibility you were given?

I was the leading chief of the DoD combat motion picture team. We shot news films for UPI (United Press International, a wire service). Strange type of job for a Navy photographer, but that’s what it was. There were five teams in country: Two Army teams, an Air Force team, a Marines team, and a Navy team. We had blanket travel orders. We traveled wherever it was we wanted to go. We made up our own story (ideas), and we shot one two three-minute news films. We shot it in country, but the film and sound was sent back to Washington D.C., and UPI edited it and released it to all of the networks for evening TV.

Where were you based?

We were based out of Saigon. We actually had our office in the Brinks building.

Walk me through a typical assignment you guys would get.

Lot of times, we had a vehicle assigned to our team. Sometimes, it was close enough we’d drive to them. Most of the time, though, we would go out to Tan Son Nhut (Air Base) and catch a flight up to Tay Ninh, other places around the country. Sometimes, we’d just jump on ships out of Saigon area and ride to where we were going. Film whatever the action was. (Both combat situations and others.) Our job was to show what the U.S. forces were doing in South Vietnam. Lot of times, I would get mixed into combat operations and such.

You were there for a year?

I was there for almost two years. I extended for a year. I loved that job so much.

What’d you love about it?

Just the fact that that’s what I’d been trained to do in the military. It was just a very self-satisfying type of situation.

I’ve read a lot about how there were basically no controls on civilian media. Was that also true for military media?

We were free to do our own filming and make our own stories. You mention civilian media. There were a couple of occasions we were at a site, filming, and (CBS correspondent) Dan Rather was there filming also. Unbelievably, our stories were totally different. In fact, one was an Army medical officers and corpsman went out to this village to help people out. Rather and his crew were there, and his whole thing was, ‘how many of these people do you think are the enemy?’ The Army medics were saying, ‘We’re here to treat people. We’re not asking questions.’ That type of thing. I don’t have a lot of respect for Dan Rather. That’s another story, but whatever.

We also went up into Cambodia when Nixon authorized that thing. A lot of the film we shot they couldn’t use because we were beyond the 30-mile mark that had been designated. We didn’t know. We were running up the river.

What kind of gear did you use?

We used shoulder pods, 70-KRM was our primary camera, plus the Arriflex S. Those were the two primary cameras. Then we had (audio) recorders. I can’t even remember the name of them anymore. We’d do stuff in the air, on the ground, and we operated mostly with the Army — lot of helo stuff. Lot of river stuff.

How’d you end up in this part of Florida?

I did 27 years in the Navy and retired out down in Key West — Boca Chica. We’d built a house on Little Torch Key and spent 19 years in The Keys. The reason we ended up here in Gainesville area is our twin daughters had gone together and bought five and a half acres out near Archer. And the more we came up to Gainesville, the more we liked Gainesville. About that time, Hurricane George hit the Florida Keys, and our place got some damage. We said, ‘Heck, why don’t we sell out here and move up to Gainesville?’