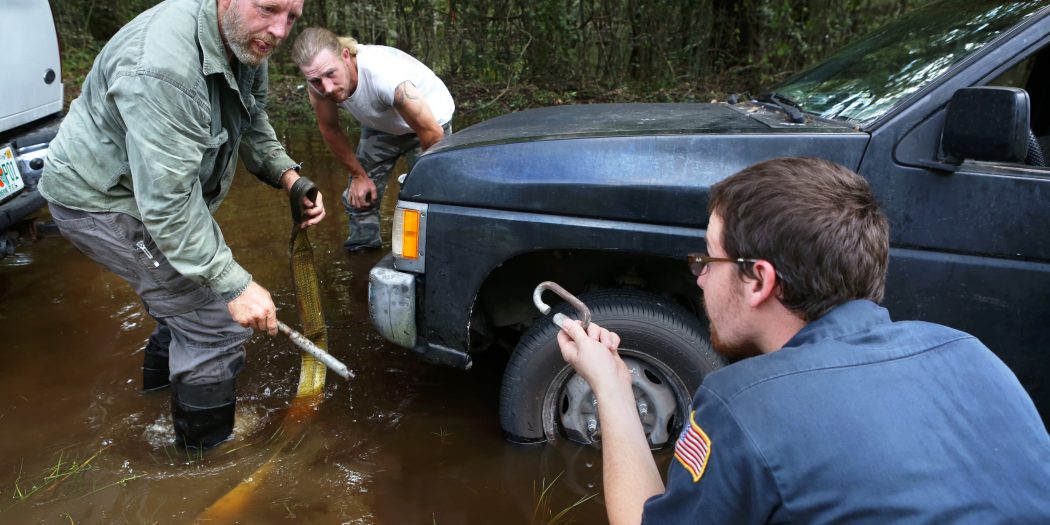 Justin Daugherty, right, offers his neighbor Bruce Hines, far left, a metal piece to attach to his truck after it got stuck in the flooded New River in Bradford County while he was trying to put his boat in the water on Sept. 13, 2017. “We were just coming to test it out, out of boredom,” said Kevin Hines, middle, who said it was the first time he or his dad had gone anywhere since the storm, referring to Hurricane Irma. (Photo by Emma Green)

Emma Green is a reporter for WUFT News and can be reached at 305-965-0447 or greenemma@ufl.edu.
@twitter.com/emmaginable_
Previous Flooding Still A Problem For Robin Lane Residents
Next Gators Shock Volunteers With Hail Mary