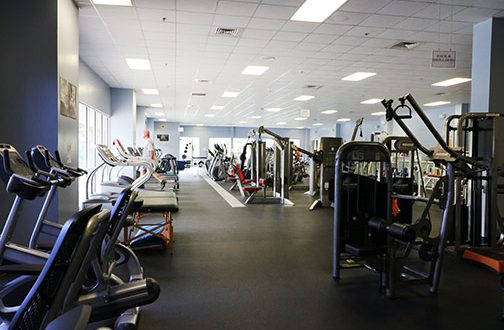 John Bonacci, who has been working as CEO of the North Central Florida YMCA since 2012, has stepped down, the organization announced Thursday.

The terms of separation from Bonacci are confidential, said Walpole.

In December, the Y said it would close its doors because it filed for liquidation bankruptcy.

After the Y managed to raise about $940,000 out of the $1.2 million that was needed to stay open, the board of directors decided to continue operations.

To make sure this doesn’t happen again, the board of directors has developed a long-term strategic plan that builds upon the tremendous support for the YMCA that saved the Y from closing its doors earlier this year and looks forward to a strong future, said Walpole.

The Y is moving forward into becoming a more vibrant and transparent organization, said Walpole.

According to him, the Y will begin a nationwide search for a new CEO. The search is expected to be completed by January of 2018.

According to The Gainesville Sun, Rusty Black will serve as interim CEO, until the Y finds a new CEO.

The YMCA fosters about 5,000 members that range from students to senior citizens, who represent about one third of the members, said the interim executive director Steve Szanca.

The organization plans to have a membership town hall meeting Tuesday at 7 p.m. at the YMCA gym, said Walpole.

Neosman is a reporter for WUFT News and can be contacted by calling 239-362-5321 or emailing neosman.flores@gmail.com.
@@neosman7
Previous Gas Supplies Get Boost As Tankers Head To Ports
Next Police: Post-Irma Line Cutter At Ocala Gas Station Slams Employee

Nature trail in your yard? This is a reality for future Emerson community residents

A new neighborhood is in the works to help residents incorporate wellness into their lives with help from nature trails and community spaces.