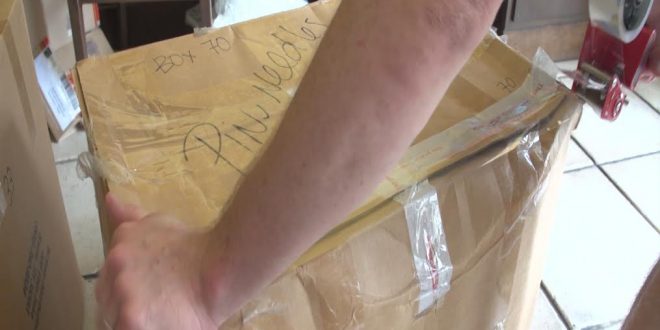 Insulin for Life USA diabetes-management supplies prepared for shipment. The nonprofit contributed about 4,000 pounds of supplies to Texas in response to Hurricane Harvey, and it's preparing to provide it to those in the path of Hurricane Irma. (Photo courtesy UF Health Shands)

A Gainesville nonprofit is preparing to ship thousands of pounds of diabetes-management supplies to those in the path of Hurricane Irma — days after it also did so in response to Hurricane Harvey hitting Texas.

Insulin for Life USA has already started to coordinate with partner organizations in South Florida and Puerto Rico to donate and ship the supplies, said Mark Atkinson, president of the organization and director of the University of Florida Diabetes Institute.

There hasn’t been “much of a break here between what we did in Texas and what we’re prepared to do in South Florida,” said Atkinson, who’s also a professor in UF’s College of Medicine.

The organization typically delivers the diabetes-management supplies internationally, including to Belize and Gambia. For the Harvey response, it donated and shipped about 4,000 pounds of it to Texas, including insulin, glucose readers and syringes.

Items used to manage diabetes need to be stored under specific conditions, and the flooding and power outages in Texas caused the loss of usable supplies, Atkinson said.

“Proper management of diabetes is a challenge during a natural disaster,” he said. “The insulin itself needs to be refrigerated, so if you lose power, the insulin has the potential of going bad.”

He also noted that glucose-monitoring equipment can be destroyed by water.

Insulin for Life partnered with a network of disaster-relief organizations from around the country that set up distribution sites in parts of southeast Texas affected by Harvey, including Houston and Wharton.

In preparation for Irma, Insulin for Life is in need of volunteers, unused diabetes supplies and money to cover shipping costs, Atkinson said.

Meanwhile, those with diabetes can visit the organization’s website to learn more about special storm preparations.

“If you have a form of diabetes that requires insulin, you need that insulin,” Atkinson said, “because if you don’t, a number of complications can occur — the worst, of course, being death.”

Shamarria is a reporter for WUFT News who may be contacted by calling 352-392-6397 or emailing news @wuft.org
Previous Hurricane Irma Pushes Toward Puerto Rico, With Florida In Its Sights
Next In Photos: Florida Preparing For Hurricane Irma