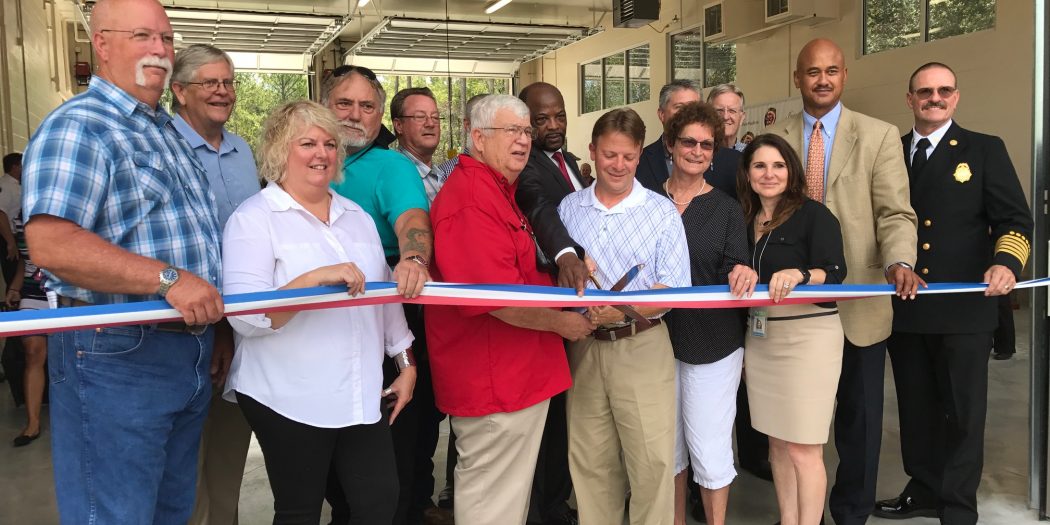 Dozens of officials and locals gathered this morning to celebrate the opening of the new Alachua County Fire Station in Waldo with a ribbon cutting ceremony.

The previous fire station was built in 1972 and Schneider said it was no longer up to standards.

“It was just not very well insulated,” said Schneider. “The floors weren’t leveled. It didn’t have any ADA compliant bathrooms.”

The new fire station was completed in July with a total budget of over two million dollars. According to Schneider, the new building is 100 percent generated, built with quality materials like concrete floors and walls, and is designed to last for over 50 years- even through hurricanes.

The deputy chief for the Alachua County Fire Rescue, Harold Theus, said the entire city is enthusiastic about the new station.

“Waldo is excited about it,” he said, “and in fact the land we are standing on was donated by the city of Waldo to Alachua County Fire Rescue as a partnership in building this station.”

Theus said the new building is fully operational and already in use.

“The crew actually moved in last night,” he said, “and so they are actually now operating out of this station.”

“It’s located in Waldo because of the partnership with the elected officials in Waldo, but it serves I believe close to a hundred square miles,” he said.

The fire station serves a much larger purpose than meets the eye, Cornell said. It is part of the master plan to put more resources into the community in regard to public safety over the next five years.

Waldo Mayor Louie Davis, who was also the fire chief for 13 years, said the merger between the city and the county was not an easy decision, but ultimately a necessary one.

Cornell said the county plans to implement a few more stations over the coming years as part of the master plan.

As for the old building, Project Coordinator Bryan Schneider explained how it will go back to its original owner. The next one, he said, will be located on U.S Route 441 and 34th street and will start working within a year.

“It was a City of Waldo’s building, more like a mechanical shed,” he said, “and it’s going to go back to the City of Waldo.”