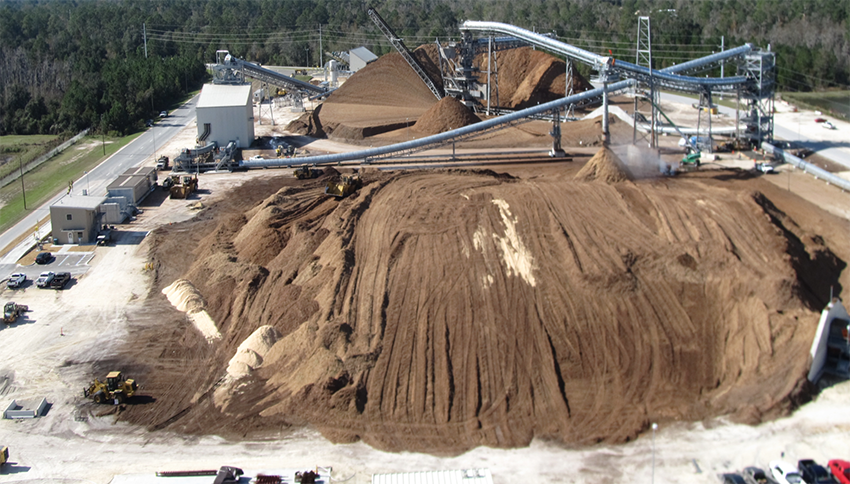 The decision came after nearly a year of negotiations between GRU and GREC and two days after Gainesville’s Utility Advisory Board recommended the city commission approve the purchase.

“There are good, hardworking people at GRU that have been saddled with this for too long,” said city commissioner David Arreola. “Where I’m placing my trust is in the people at GRU.”

The buyout, which is expected to close Nov. 24, will end the 30-year power purchase agreement between GREC and GRU, which requires the city to pay $70 million annually — or $2.1 billion over the next 27 years — even if the facility is not being used.

The biomass plant will be paid for using 30-year utility system revenue bonds issued to investors by the city of Gainesville, according the to memorandum of understanding (MOU) between GREC and GRU.

GRU General Manager Ed Bielarski said in a previous commission meeting that he predicts GRU’s acquisition of GREC will eventually lead to an 8 to 10 percent decrease in utility rates for residents, which are currently some of the highest in the state.

However, residents may see an initial two-percent base rate increase, he said during Thursday’s meeting.

Bielarksi said the base rate increase would have occurred even if the city decided not to purchase GREC.

“But what this [purchase] would do—it changes the slope of the curve,” Bielarski said. “Yes, that other [curve] will grow, but never like the one that you’re under under the power purchase agreement.”

Bielarski said, overall, the city will still see a savings of about $27 million annually. Despite the possible benefits of the new asset purchase agreement, Goston said that he opposed the motion because he is disappointed in the lack of transparency during the negotiation process, noting the time GRU and GREC spent in arbitration before an MOU was signed.

“I wanted to see what was being done legally,” Goston said. “There was negotiations taking place with bonding agencies and other people that I had no privilege of evaluating, and the attorney knew that.”

Budd and Goston were not alone in their displeasure with the deal. About 15 people urged the commission to vote against the purchase at Thursday’s meeting.

Scott Austin, 24, said he is unhappy with the two-percent base increase and the fact that it was not initially revealed to Gainesville residents during the negotiation process.

“I, too, join numerous citizens, attorneys and financial experts and numerous others who agree with what Mr. Robert Mounts wrote in the [Gainesville] Sun last Sunday—the cover up is worse than the crime,” he said during public testimony.

Austin said that he opposes the deal altogether and wished the commission had considered walking away from the agreement.

“I can afford to pay higher rates, but the people on the east side—commissioner Goston and commissioner Budd represent them too—they’re gonna pay the big price,” he said after the meeting.

Nancy Daren, the only person who urged the commission to vote in favor of the motion during public testimony, said she sees the purchase as a positive opportunity for Gainesville to move on from the “devastating” PPA.

“It’s sucked out all of our time, resources, energy and we need to move on,” she said after the meeting. “If we keep hoping for something that’s gonna make this go away or vindicate us in some way, I think the losses we incur are far worse.”

The new asset purchase agreement must be signed by Mayor Lauren Poe before it becomes legally binding, the approval of which was not included in the motion during Thursday’s meeting.

The city commission will meet again on Sept. 7 to approve Poe’s signing of the document.

Katherine Campione is a reporter for WUFT News. She can be contacted by emailing krcampione@ufl.edu or 352-392-6397.
@katie_campione
Previous Introducing the Audio Trailer for ‘Florida Voices: Vietnam Veterans’
Next Death Penalty Opponents Protest Asay State Execution