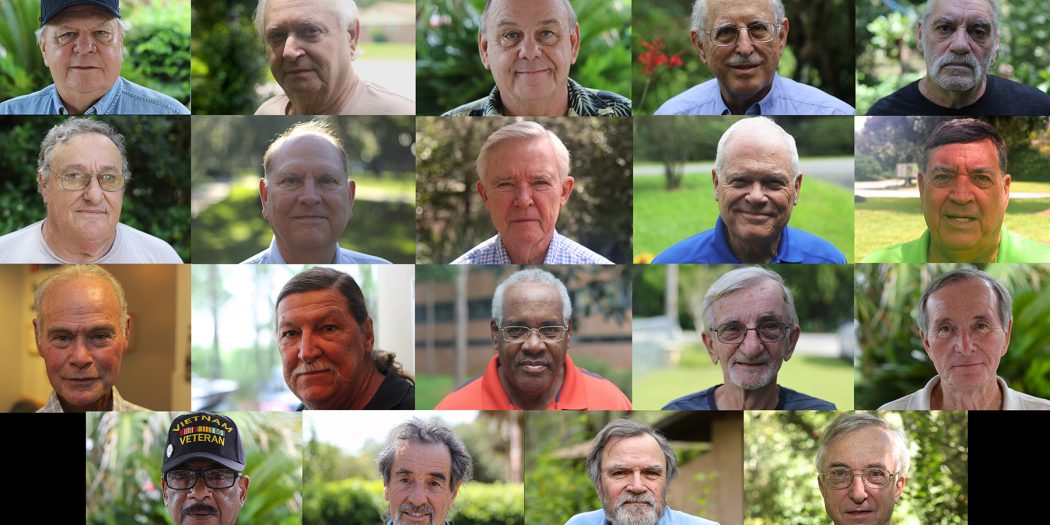 Updated, Sept. 29: The entire series can be heard and read here.

In conjunction with a 10-part PBS film by Ken Burns and Lynn Novick airing on WUFT-TV, more than 20 local Vietnam veterans provided their own oral histories to WUFT News. Their collective perspectives from the Air Force, Army, Marine Corps, and Navy, span the Southeast Asian conflict — from 1964 aboard a ship in the Gulf of Tonkin to 1971 as American involvement in the ground war neared a close.

Some continue to deal with post-traumatic stress disorder. Others battle the health consequences of Agent Orange exposure. More than a few still question whether the war was worth the cost in human lives.

All served their tour (or tours) of duty and came home with stories to tell.

They live in areas from Ocklawaha to Orange Park, from Chiefland to Port Orange. Many made Gainesville their home after the service, taking advantage of the benefits to which they were entitled under the G.I. Bill at Santa Fe College and the University of Florida.

Our intention in September is to share two stories each day as the PBS series begins and continue to present more local voices until its conclusion.

Hear “Florida Voices: Vietnam Veterans” on WUFT-FM throughout September, with full-text transcriptions of each veteran’s story appearing simultaneously on WUFT.org. Below, hear an audio trailer of who a few of them are, what they saw and did, and how they continue to process the effects of this conflict, decades after they returned to the United States and made their way to Florida.

Sports Are Back, But Is Florida Ready With COVID-19 On The Rise?

WUFT's Fanfares From Home features several former Fanfares favorites performing like you’ve never seen before, including Billy Buchanan, Bears and Lions, the Savants of Soul, UF Health Arts in Medicine Musicians in Residence (Michael Claytor, Jason Hedges, Ricky Kendall, Sam Moss, and Cienna Wesley) Maestro Gary Langford from the Gainesville Community Band, and two unique videos produced this past May – one from the City of Gainesville called the Gainesville Sing-A-Long and Band Together.