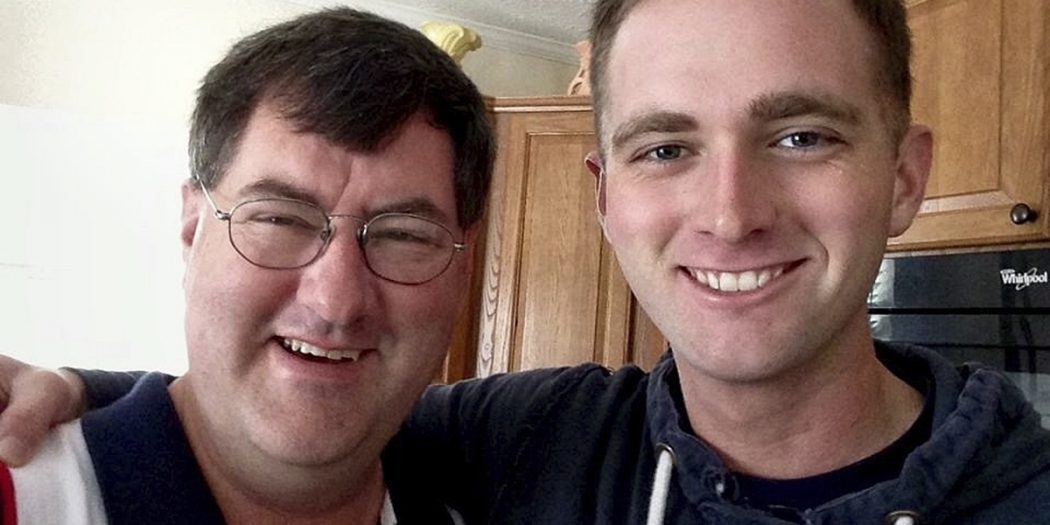 In this undated photo provided by David Taylor Sr., he poses with his son David Taylor, right, a former Marine. Taylor Sr. told The Associated Press on Tuesday that he was notified by the U.S. State Department that his son was killed earlier this month in Syria while fighting for a Kurdish militia battling the Islamic State group. (Courtesy of David Taylor Sr. via AP)

A former Marine who secretly traveled to Syria earlier this year to battle the Islamic State was killed while fighting for a Kurdish militia, his father said Tuesday.

David Taylor Sr. told The Associated Press that his 25-year-old son, David Taylor, told only a high school friend about his plans to join the Kurdish group, and he swore his friend to secrecy. Taylor’s father said he didn’t even know of his son’s plans until after he had arrived in Syria and was training with the group known as YPG.

“I got an email and he said, ‘Pops, don’t worry. I’m with the YPG,'” David Taylor Sr. said in a telephone interview from his home in West Virginia. “He said, ‘I’m doing the right thing. It’s for their freedom.'”

A Kurdish militia group released a video saying Taylor was killed on July 16. The U.S. State Department said in a statement that it was aware of reports of a U.S. citizen being killed while fighting in Syria but offered no further comment. Taylor Sr. said a U.S. consular chief from the Kurdistan Region in Iraq informed him of his son’s death.

Taylor’s high school friend emailed the father after he learned of the death. The friend said Taylor told him during a visit to St. Petersburg Beach, Florida, last February that Taylor believed the Islamic State group needed to be stopped.

“One night he got drunk and told me of the atrocities he had witnessed in the Middle East during his time in the Marine Corps,” the friend, Alex Cintron, wrote in an email to Taylor’s parents.

Taylor’s father shared the email with AP on Tuesday.

“He said to the effect that ‘Isis was the bane of modern existence and needed to be stopped before they destroy any more lives and priceless works of human achievement,'” Cintron said in the email.

Taylor grew up in Ocala, Florida, located about 80 miles northwest of Orlando. He attended college in Florida and West Virginia before joining the Marines. He was deployed in Afghanistan, Japan, South Korea and spent time in Jordan before he was discharged last year, said David Taylor Sr.

After his discharge, he came to the United States and visited family and friends in West Virginia, Philadelphia and Florida.

Last spring, he asked his father to drive him to the airport because he had decided to visit Ireland, where his family has ancestral ties.

Taylor Sr. received periodic updates from his son about his travels in Europe until there was a period of silence for several weeks. Soon afterward, Taylor Sr. soon afterward received an email from his son, saying he had joined the Kurdish militia group.

The Associated Press is a wire service to which WUFT News subscribes.
Previous Computers, Phones Seized As Evidence In Case Of Pulse Gunman’s Wife
Next Driver In Truck Trafficking Case Had Suspended License