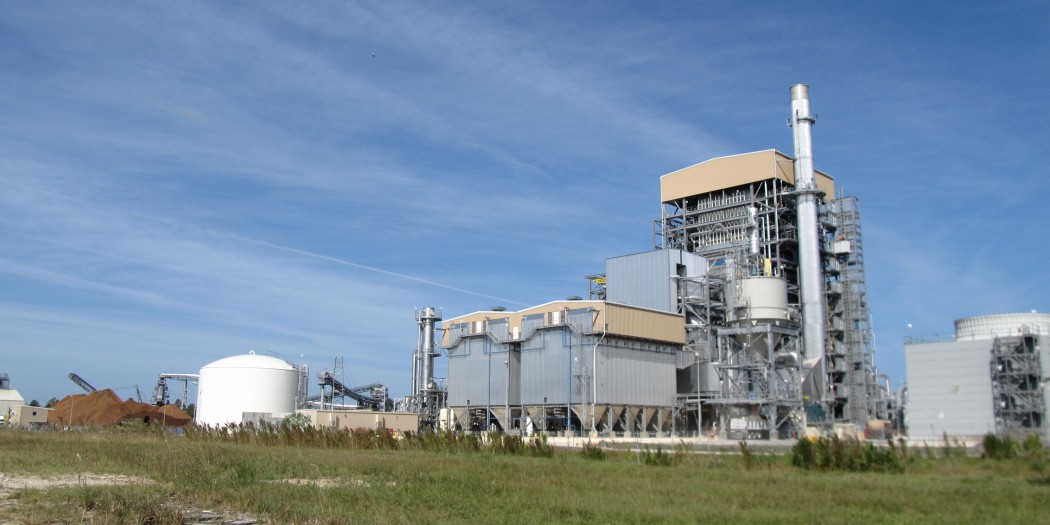 Gainesville residents and GRU customers will have a chance to weigh-in on the future of the controversial biomass plant tomorrow during a public forum hosted by WUFT and the Gainesville Sun to discuss the ongoing negotiations between GRU and the Gainesville Renewable Energy Center.

The community will hear from city commissioner, Harvey Budd, GRU General Manager Ed Bielarski, and Darin Cook, the chair of the Utilities Advisory Board, on the current state of the GRU and GREC deal. GRU, which is owned by the city of Gainesville, is in year three of a 30-year contract with GREC and looking to buyout the contract and facility for $750 million.

The forum will be held tomorrow at 6 p.m. at The Bob Graham Center for Public Service in Pugh Hall on the University of Florida campus.

Let’s start with the acronyms

GRU stands for the Gainesville Regional Utilities. It’s owned by the city of Gainesville and currently has one of the highest electric rates in the state. It’s a comprehensive utility service, which means it provides electricity, natural gas, water, waster water and telecommunication services to Gainesville and areas of unincorporated Alachua County. For this article, the focus will be on GRU as an electricity provider.

GREC stands for the Gainesville Renewable Energy Center. It’s a biomass plant, which is a power facility that uses local wood wastes to create renewable energy.  GREC was constructed as a long-term energy source for Gainesville’s growing population. The facility, located at 11201 NW 13th St., was built in 2009 and began generating power for GRU in 2013. The facility cost $450 million to build and is privately owned by Energy Management, Inc., BayCorp Holdings, Ltd., Starwood Energies, Inc., and certain principals of Fagen, Inc.

PPA is the power purchase agreement. This is 30-year contract between GREC and GRU. In April 2009, the city commission unanimously approved the contract, which was signed by James Gordon, president of GREC, and Bob Hunzinger, GRU’s general manager at the time. The city is currently in year three of the PPA. The agreement requires the city to pay GREC $70 million annually, or $2.1 billion over the next 27 years— just to stay open- regardless whether GREC is producing energy. If the city does decide to use energy from the biomass plant, the price increases about $35 million annually.

UAB, utilities advisory board, is a seven-member board created to oversee GRU. Any decisions suggested by the board have to be approved by the city. The board was created as a response to community frustration. The board is made up of appointed members, including Darin Cook, the co-founder and co-CEO of Infinite Energy, and active Gainesville members.

MOU is a memorandum of understanding. It’s non-binding agreement that sets the framework for a contract if GRU bought GREC. On April 24, GREC, GRU and Mayor Lauren Poe signed the final MOU. This detailed the potential purchase of GREC at $750 million.

The history of GREC

The heart of the problem

The problem was signing the PPA. The contract locked the city into a 30-year agreement with GREC just before the price of natural gas plummeted nationwide.

The city is now faced with a situation in which it’s currently paying GREC to remain idle. The city first agreed to build the biomass plant, because it thought renewable energy would be a successful long-term energy source for Gainesville. When natural gas became a cheaper option, GRU switched to gas, which left the biomass plant on standby. Since the PPA does not include a back-out clause, and the time has passed to make any changes to the contract, one of the main options is for the city to buy GREC.

The goal is for the city to save money and reduce electrical rates — with or without the PPA.

One option is for the city to buy GREC. The two sides have agreed on $750 million price to buyout the PPA and purchase the GREC facility. Originally, the UAB proposed purchasing the contract and biomass plant for $675 million, but GREC officials rejected the offer.

After a series of discussions between GRU and GREC, they settled on an agreement of $750 million, which is the midpoint of GRU’s calculated value of GREC. The city commission voted on and approved the $750 million MOU by 5-2, with Harvey Budd and Charles Goston in dissent.

Bielarski was quoted in a previous WUFT article saying the $750 million purchase of GREC by the city “is a good price for GREC,” and a “proverbial win-win.”

Another option is to keep the contract and continue paying GREC.

The city would look for cheaper energy options, such as natural gas, whenever viable, which would mean the biomass plant could continue to remain idle.

If the city buys GREC

If GRU purchases GREC, it could use the facility for a variety of purposes.

If the facility isn’t used, GRU officials said they would still save the city just under $700 million over the next 27 years.

Another option would be to modify the plant to fit the city’s current energy needs. Presently the plant produces 70 to 100 megawatts, and the 70 megawatts often exceeds what Gainesville needs. The facility could be modified to produce about 25 megawatts, which is better suited for the Gainesville community, according to a previous WUFT article.

“It will run more often, more efficiently,” Bielarski said. “Which will also increase the savings.”

What it means for you

If the city does purchase GREC, GRU customers would see an 8 to 10 percent decrease in their utility rates, Bielarksi said. This money will come as a result of GRU being able to use the plant only when needed instead of paying an annual cost.

“That’s driven by the $70 million or so that we pay to GREC (each year), whether they run or they don’t run,” Bielarski said.

However, there are other things to consider. GREC currently pays property taxes. If the city owned GREC, the Alachua County Commission, school district and library system would lose about $6 million every year.

The Gainesville Area Chamber of Commerce suggested a change in governance in 2013. The UAB wasn’t created until 2016 and was still tied to the city commission. Last week, Gov. Rick Scott signed a bill that requires a referendum on whether an independent board should run GRU. This would allow voters to decide on whether a new, independent board or the city commission will have control over GRU decisions. The referendum will be on the ballot in November.

“The decision of the GRU governance is now put into the hands of the voters,” said Rory Causseaux, the chair of the board of directors in the Gainesville Area Chamber of Commerce. “And we agree with that.”

If the referendum bill receives a majority vote, the city commission will no longer have a say in decisions involving GRU.

Causseaux said this decision would not impact whether the city purchases GREC.

Monica Humphries is a reporter for WUFT News and can be reached at 407-256-6899 or monicamh@ufl.edu.
@https://twitter.com/MonHumphries
Previous One Year Later, Central Florida Remembers Pulse Nightclub Tragedy
Next Gainesville’s Airport Board Discusses Missing $49K of Parking Lot Revenue