Car Falls into Sinkhole from Flooding in Ocala

A certified storm spotter reported more than four inches of rain fell near Ocala in less than 30 minutes Saturday afternoon. It was enough water to flood a large section of the Shady Oaks Shopping Center near the intersection of College Road and SW 27th Avenue.  Across the street, a car fell into a sinkhole near Gateway Plaza.

Ocala Fire Rescue reported on Facebook that there were no injuries as a result of the sinkhole, but a gas line was ruptured. State Road 200 was closed for a short period of time following the incident and has since been reopened.

The 9-1-1 call center also reported that two males had to be rescued from their vehicle near the same area as the sinkhole when their call stalled. The water level was reportedly up to the tops of the seats inside.

Saturday’s heavy rain prompted the issuance of a rare “Flash Flood Warning” for the City of Ocala. This was the alert sent from the UF Weather Center…

A flood is considered “flash” when the water is rising rapidly and action is strongly encouraged to ensure safety. When a warning is issued, motorists are urged to stay alert for possible flooding and never drive through a flooded roadway. Homes and businesses near creeks or streams and in low-lying areas may also quickly flood, sometimes even prompting an evacuation order from local authorities. 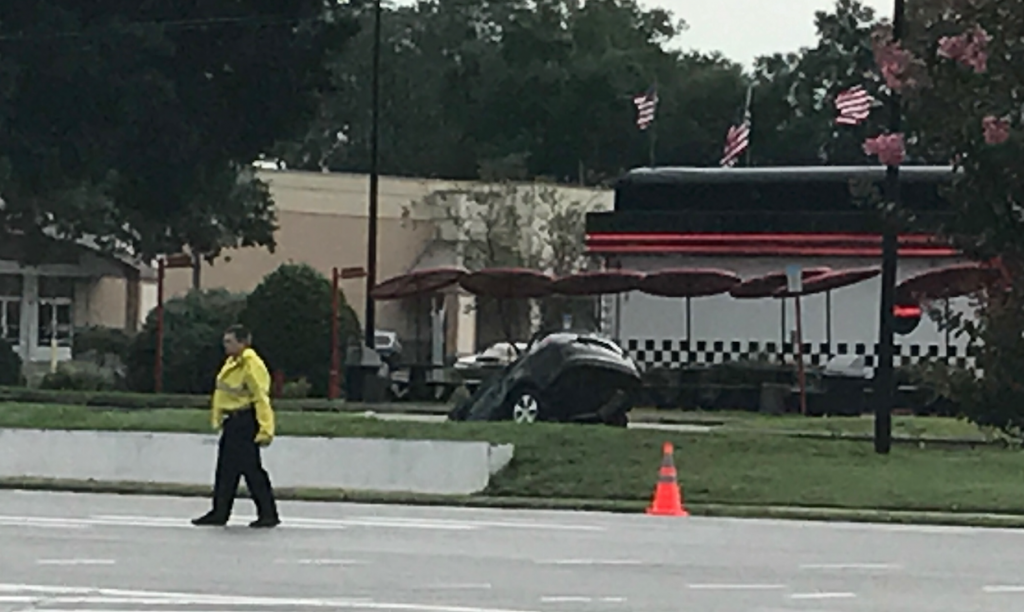 Jeff is WUFT's chief meteorologist. Reach him by emailing jhuffman@wruf.com or calling 352-294-1506.
Previous UF Plans To Hire Faculty After Funding Boost
Next Puerto Rico Votes To Become 51st State, But What Does This Mean?