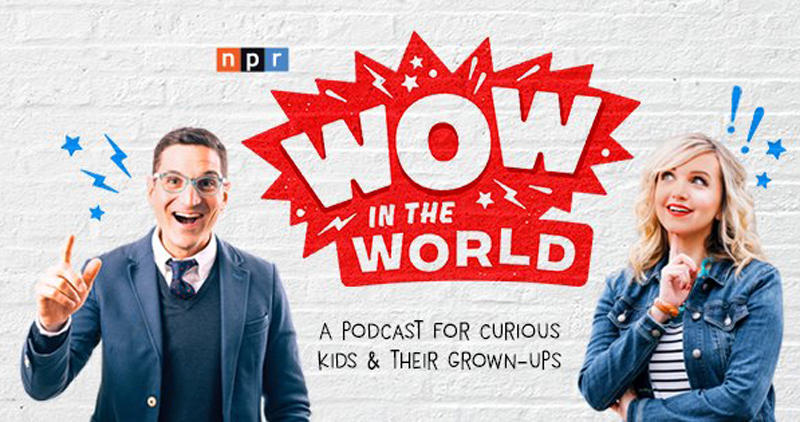 Find Your Wow With Guy Raz & Mindy Thomas Of NPR’s First Podcast For Kids, “Wow in the World”

Florida’s 89.1 WUFT-FM Morning Edition host Glenn Richards speaks with NPR’s own Guy Raz (TED Radio Hour & How I Built This) & Mindy Thomas (from Absolutely Mindy on SiriusXM and a USF alum). Together they host NPR’s first podcast for curious kids and families, Wow in the World.

Each week, Guy and Mindy explore stories in science, technology, and new discoveries. “Wow in the World is a place where we can tap into the crazy cool things that are happening all around us, every day!” says Thomas. “We want to help spark conversations between kids and other kids and also with their grown-ups that will ultimately lead to their own big discoveries.”

Wow in the World can be downloaded wherever podcasts are available including npr.org/wow, Apple Podcasts, and at www.wowintheworld.com

About the Hosts [From NPR]

Guy Raz is the award-winning host, co-creator, and editorial director of two of NPR’s most popular programs: TED Radio Hour and How I Built This. Both shows are heard by more than 14 million people each month around the world. He joined NPR in 1997.

He has been a foreign correspondent for NPR and CNN and a host on All Things Considered. Most importantly, Guy is a father of two boys. He’s performed in DC children’s theater as the narrator in “Cat in the Hat.” He helped design the local playground in his neighborhood. And he’s been known to organize epic pick-up baseball games with 4-8 year old’s at his local park.

Mindy Thomas is the Gracie Award winning host of the national, interactive, Absolutely Mindy Show, heard weekday mornings on SiriusXM’s Kids Place Live channel. From 2006-2017, Mindy served as the Director of Children’s Programming for Kids Place Live, establishing herself as an expert and advocate of both children’s literature, and the growing genre of independent family music.

Mindy lives in Northern Virginia with her husband, and two curious and creative kids who provide her with endless amounts of laughs, spilled milk and inspiration. She has no plans of ever growing up.

Glenn Richards is Operations Coordinator and local host for Morning Edition on WUFT-FM. His background includes 30+ years of radio in South Florida as an air personality, promotion director, and morning show producer (WSHE, WZTA, & WFLC). His previous education includes a Bachelor of Science in Communication from the University of Miami where he was also general manager of WVUM-FM. Upon his arrival in Gainesville in 2006 to pursue a telecommunication master’s degree at the University of Florida College of Journalism and Communications, he worked as an air personality at WRUF-FM (both Rock104 and Country 103.7 The Gator). One of Glenn’s passions is local music. Since 1990, he has produced and hosted local music programs in both South Florida and Gainesville, playing demos and independent releases from unsigned artists, many of whom went on to national prominence including: Marilyn Manson, Sister Hazel, For Squirrels, Matchbox 20, Saigon Kick, Mary Karlzen, Nil Lara, Hundred Waters, and more.
Previous Lawmakers Poised To Pass Marijuana Compromise
Next Alachua County Serves Free Summer Meals Through Food Truck

From The Front Lines Podcast: Pregnancy In The Coronavirus Era

From the Front Lines: Hearing From a Child Care Worker 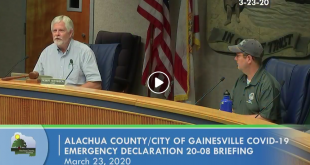