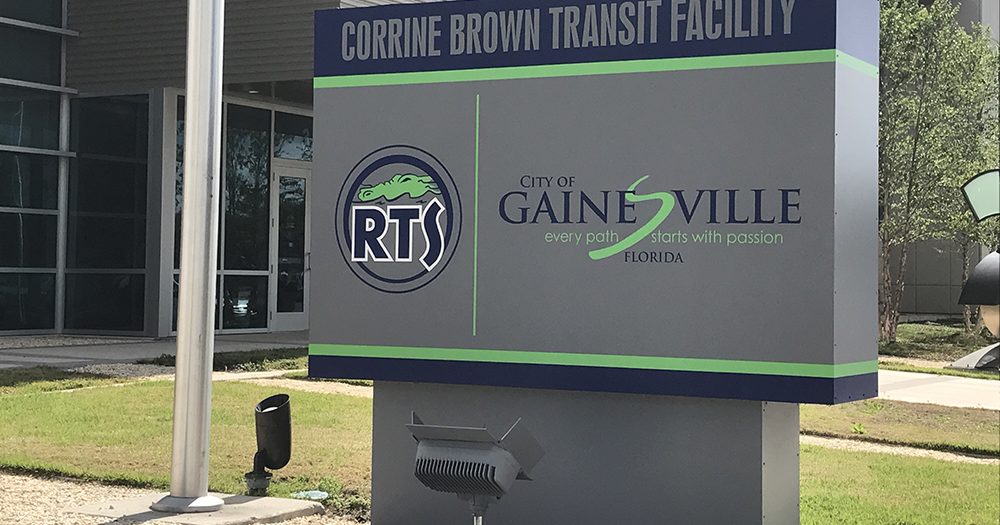 After Her Conviction, Will City Commissioners Rename The Corrine Brown Transit Facility?

Brown helped to secure nearly $40 million in federal funding to build the facility, which opened in November 2014. Last week, though, a jury convicted her on 18 of 22 counts she faced in relation to the usage of money for a charity. She will be sentenced later this year.

City spokesman Chip Skinner on Monday explained the commission’s 2014 decision: “Due to her due diligence and getting the funding to build this wonderful new facility that will be here for the next 40 years, they decided to name the facility after her,” Skinner said. Brown’s district at the time included parts of Alachua County. “The City Commission is aware of the court findings last week, and we are awaiting direction from them on the facility name.”

He then answered his own question.

“I guess… she won’t be a congresswoman forever, and it (the building) lasts in perpetuity?”

“Plus, it would have been a really long name,” Pam Scott, the city’s director of public works, told him.

Another city commissioner added she might run for and win a higher office. Braddy agreed.

“You wouldn’t want to put a ceiling on her and say, ‘Sorry, you can’t do anything more.'”

Yvonne Hinson-Rawls made a motion to name the building, and Helen Warren seconded. Four months later, the ribbon-cutting ceremony for the facility was a production complete with remarks from the congresswoman, who then boarded a city bus that drove through and broke a ribbon.

Dolores is a reporter for WUFT who can be reached by calling 352-392-6397 or emailing news@wuft.org.
Previous Florida Is A Tinderbox Right Now, And That Might Not Change For Weeks
Next ‘Christmas In May’ For Many College Students