Home / Animals / Officials: No Bear Hunt Until At Least 2019

Officials: No Bear Hunt Until At Least 2019

Florida wildlife officials say they won’t consider holding another black bear hunt until at least 2019, but it’s not because they don’t want to have one.

They say it may take time to persuade the public that Florida needs one.

The state’s Fish and Wildlife Conservation Commission voted 7-0 on Wednesday to direct their staff to revamp the bear management plan and report back in two years. That came after a motion to hold a bear hunt this year was voted down 4-3.

The decisions followed six hours of comments from staff and the public during the commission’s quarterly meeting held at the Florida Public Safety Institute 20 miles west of Tallahassee.

FWC executive director Nick Wiley said before public comments that while the agency believes science and population numbers support another bear hunt, there is still more work to do to convince the public.

“We believe hunting is a good and useful tool but we’re not ready to go back into another hunting season. It’s hard to say that but that’s where we are,” Wiley added.

Dr. Thomas Eason, director of the commission’s Division of Habitat and Species Conservation, said 70 percent of state residents support regulated hunting of wildlife in general. When it comes to bear hunting, however, the poll is 48 percent support and 43 percent oppose.

Eason also said 88 percent of the 4,094 emails and letters sent to FWC on bear hunting are against it.

In 2015, hunters killed 304 bears in the state’s first hunt in more than 20 years. The hunt was supposed to take place for a week but ended after two days when the numbers of bears killed came close to the harvest objective of 320.

Eason said there are 4,050 black bears statewide, a 53 percent increase over 15 years. The black bear population grows by an average annual rate of 9.4 percent statewide.

“If this were a closed environment I think it would be an easy decision to make,” said FWC commissioner Charles Roberts. “At some point and time we will have to overcome the society, political and emotional aspect of a bear hunt. It will never change from being an iconic animal. It has to be based on science.”

Most of the 82 people who made public comments though were hunters.

“You’ve seen and know the science, yet (there is) the culture and politics,” said Newton Cook of United Waterfowlers of Florida.

On the other side, 11-year-old Megan Sorbo of Orlando said, “This is clearly not a black and white issue. A population that is growing is not a reason to kill. Public opinion should be a factor and all options considered.”

The Associated Press is a wire service to which WUFT News subscribes.
Previous New Quiet Zones To Help With Train Noise Pollution
Next State Says Wildfires Likely To Get Worse 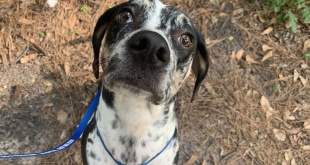