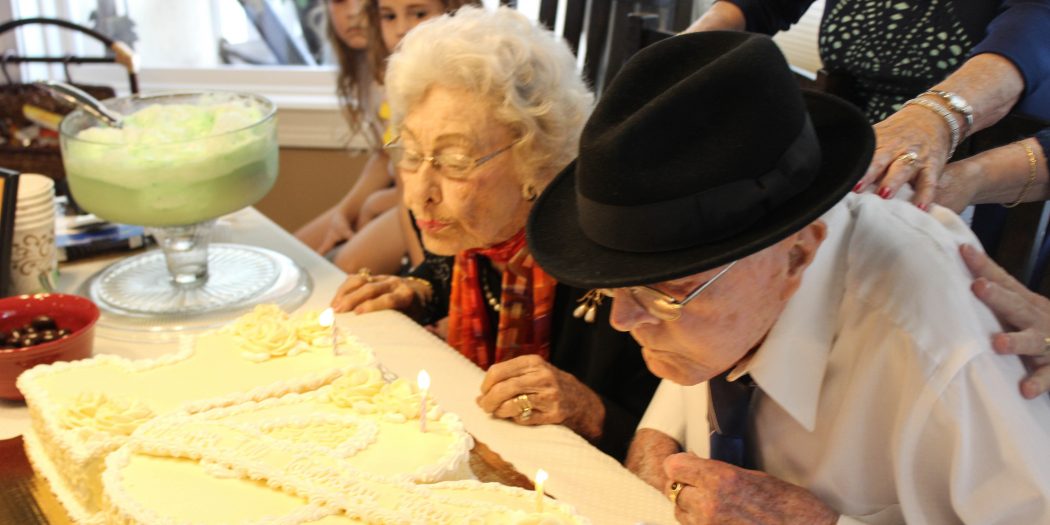 Clyde and Elsie Bell blow out the candles on the 100-shaped birthday cake Saturday surrounded by friends, family and cameras. “Take every day at a time," Clyde Bell said of his 10 decades on Earth. (Carly Breit/WUFT News)

Clyde Bell’s advice for living 100 years is simple: “Take every day at a time.”

Outside his daughter’s Newberry home on Saturday, cars, trucks and minivans lined the street to celebrate his 100th birthday. About 40 friends and family members snapped photos, told stories and celebrated the centenarian.

But in Bell’s eyes, the most special guest was his wife, 95-year-old Elsie Bell. The two have been married for 76 years.

“When I first looked at her, I thought we would be married,” Bell, who lives in Hawthorne, said in a quiet voice with a country twang. That moment happened in 1940 while he was serving in the U.S. Army.

After working in the Civilian Conservation Corps for two years, Bell was sent to help open the Army’s Camp Blanding near Starke. He worked in personnel and made sure the camp was running efficiently in preparation for World War II.

While giving a hitchhiker a ride around the camp, Bell asked if there were any girls in the area that he could meet. The hitchhiker introduced him to a woman who was then Elsie Beckham.

Carolyn Austin, Bell’s youngest daughter, said her father would go on to introduce five of his Army friends to women whom they have since married. In fact, a few guests at Saturday’s party could thank Bell for introducing their own parents.

After marrying Elsie Bell six months after they met, he served in World War II. 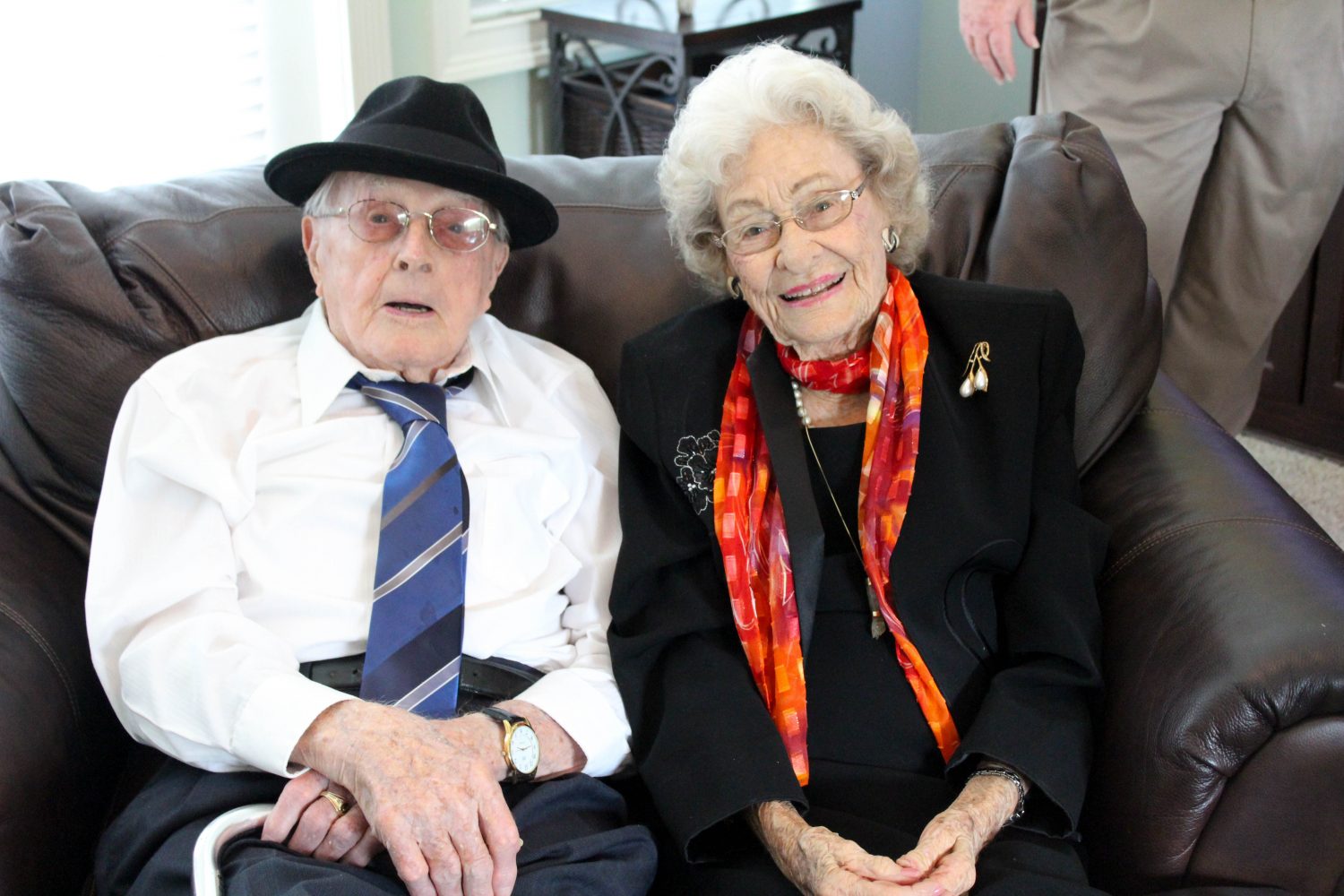 He served in North Africa, Germany, Italy and France and was there for the liberation of the Auschwitz concentration camp. He was surrounded by the German army in 1944’s Battle of Anzio during a four-month stalemate that caused major casualties.

“It can be terrible to be away” from home and at war, he said.

About five years after he returned, Bell was deployed again to serve in the Korean War. But before he left, he built a house for his wife and three children in Hawthorne.

Bell’s reasoning: He didn’t know if he would make it home, and he wanted to make sure his wife could live close to her family.

They still live together in that house.

Although he admits the years in the war were hard, Bell said he is proud to have served his country, inspiring his son and nephew to do the same.

His nephew, 75-year-old Hubert Smith, said he might not have enlisted, served for 35 years or become a three-star general if it weren’t for his uncle.

“I idolized him because I saw a [World War II] victory parade when I was 4,” said Smith, who flew down from Tennessee to partake in Saturday’s celebration. “I remembered seeing him in uniform.”

Bell earned the rank of chief warrant officer while active and then captain in the Army Reserve. After retiring from the military, he served as Hawthorne’s city manager.

“You take care of any problems throughout the whole city,” he said of the job. “And I enjoyed that.”

Hawthorne citizens still thank Bell for the work he did as city manager, Austin said.

“He was very loved,” she said. “He would help out people whose bills were due.”

Bell really retired after 11 years as city manager, and today, you can find him gardening with his wife, laughing at family gatherings or speaking at one of his 13 great-grandchildren’s school events. 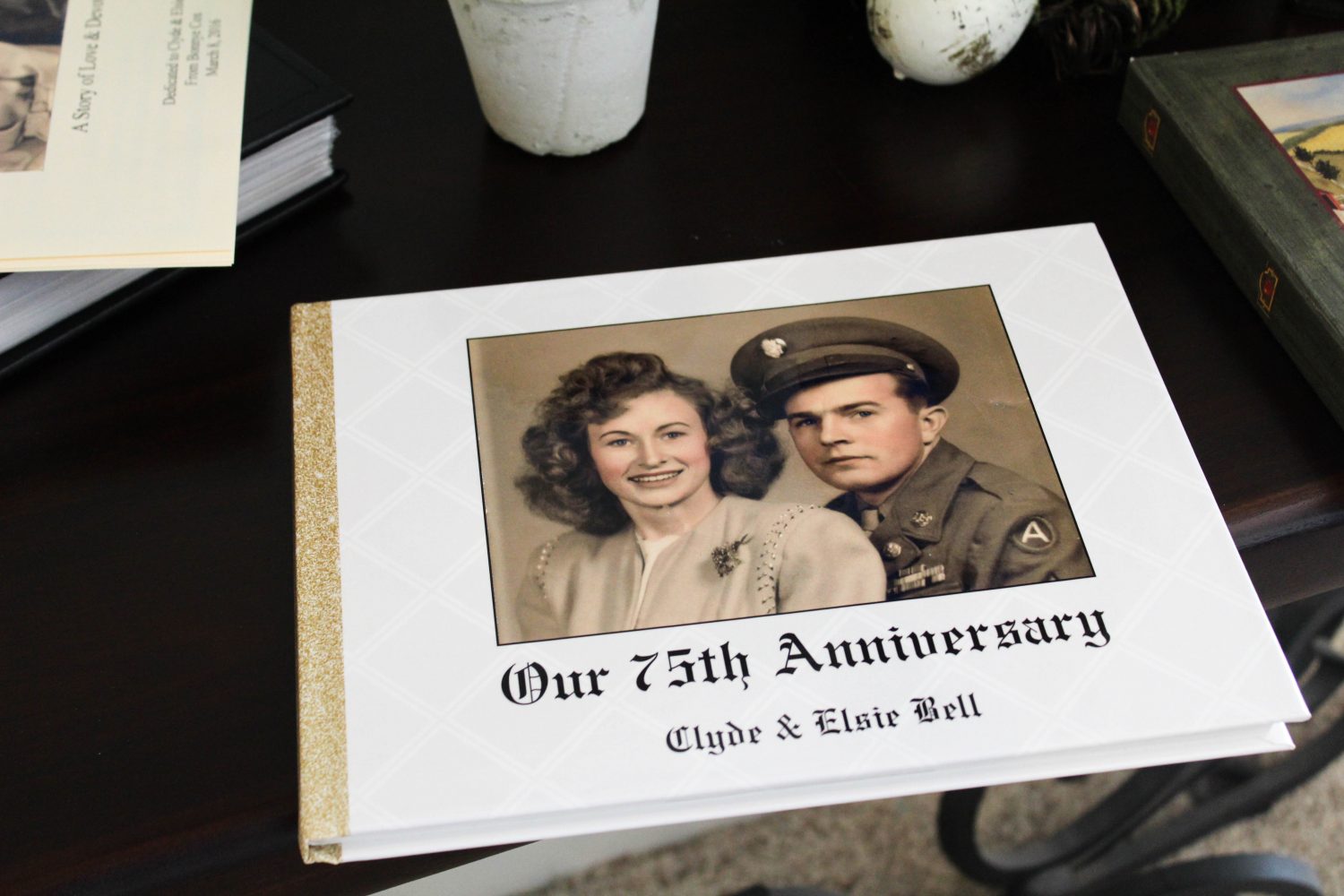 He got a standing ovation when his 9-year-old great-grandson, Connor Austin, introduced him during a Veterans Day celebration.

And when his 6-year-old great-granddaughter, Sydney Miller, and her class were reading the World War II book “Number the Stars,” Bell brought in German helmets and told stories about his experiences.

“All the kids wrote letters to him thanking him,” Miller said with excitement.

Sophie Miller, 13, said her favorite thing to do with her great-grandfather is talk about his time in the Army.

“I like hearing the stories about the war,” she said. “It’s getting a little rusty, but he knows it.”

Daughter Shirley Stephenfield-Wynne said there isn’t much that holds her father back. Other than hearing loss and having a minor heart attack (which he denies), he lives a happy, active life.

“I think he likes not hearing,” the 70-year-old laughed.

Bell does walk with a cane, and sometimes, he uses a motorized wheelchair at home — but only when his great-grandchildren aren’t taking turns riding it.

“There’s an unsung hero to this, and that’s my mom,” Stephenfield-Wynne said. “This lady took care of him.”

Elsie Bell still cooks her husband breakfast every day and continues to call him “Bell,” just like his military friends did when the couple met more than 76 years ago.

Her advice for making marriage work is simple: “You just have to trust each other.”

As the two sat on the couch, surrounded by family and softly playing worship music, they smiled.

“We’ve had so many good times together,” she said.

Carly Breit is a reporter at WUFT News. She can be reached at 954-892-2308 or carlybreit@gmail.com.
@@The_Breit_Side
Previous Gainesville’s Copper Monkey Sells On eBay For $80K
Next Construction Begins On New Gainesville Fire Station

In this edition of The Lede, we cover IFA Food Week and recap UF’s homecoming …