Roberto Zurbano, a Cuban activist and cultural investigator, was the keynote speaker Saturday at the University of Florida’s Emerson Hall where he discussed the discrimination that still exists in Latin American countries.

Zurbano, a black Cuban, has worked in the Casa de las Americas, a cultural institution in Havana, Cuba, in charge of the relations between the Latin Caribbean and North America, for 12 years. Outside of work at the institution, he has studied cultural themes such as literature, music and race for about 20 years.

Zurbano wrote an article in 2013 about the racism black Cubans experience in their country. The article discussed how blacks are underrepresented in tourism and how blacks are not able to take advantage of the new economic liberation in Cuba.

The article was edited, and the title was changed during a time when the United States and Cuba were trying to improve political relations.

He calls it neo-racism.

“It’s a type of racism born from the structures of socialism because [Cubans] live in a country that we can still call socialist,” he said.

After the article was published, Zurbano lost his job as editor-in-chief of the publishing house of Casa de las Americas and had angry blacks and whites writing articles to go against what he had published. The controversy served to demonstrate to him peoples’ opinions on racism among Cubans.

“In Latin America, racism is a very uncomfortable subject,” he said. “We are incapable of recognizing it.”

Zurbano said in Latin American culture, there are many racial classifications. In Latin America, especially the Caribbean, a person’s race is defined by the mestizaje, which is the blending of the three main races that dominated the Caribbean islands when they were first colonized during the 16th and 17th centuries — white Europeans, Africans and the Arawak Indians.

He spoke to Angela Davis, a political activist who joined the Black Panthers and was part of an all-black branch of the Communist Party during the late 1960s. She told him “in America, it is all just black.”

“We do not have successful blacks as role models,” Zurbano said. “A black’s human condition is reduced to be one of a criminal, an ugly one.”

Zurbano said he believes Jews, homosexuals and women in Latin America have found strategies of resistance and success. Even though it does not end homophobia or sexism, the ways these communities are fighting back are beneficial to them.

“In the case of black people, we have not found that strategy,” he said.

He compared the anti-racism movements in the United States to the ones in Cuba. There are over 15 anti-racism groups in Cuba, he said, mostly groups run by women, which he believes are the most successful because of women’s work ethic and their roles in their communities.

The civil rights movement in the U.S. was a racial movement, he said. Zurbano said in Cuba, they have only had social movements but not racial ones, although many of the movements in the country resulted in increasing rights for people of color.

“In reality, we have many differences but also many things in common,” Zurbano said. “[But] being black in the United States is not the same thing as being black in Cuba.”

Zurbano said the U.S. was one of the last countries to have activist groups like the NAACP. Similar organization in Cuba began in the late 19th century. The fight for civil rights differs in each country because of their varying histories with political movements.

He continues to fight for justice by going to different places to speak, bringing to the light the same issue he wrote about in The New York Times article that created so much controversy.

“It is important to fight against racism because it makes us better human beings,” he said.

Mercedes Leguizamon is a reporter at WUFT News, she can be reached at 786-619-4733 or by email at mercedeslegui@gmail.com and mercelegui@ufl.edu
@@mercelegui_UF
Previous Ex-NFL Star Aaron Hernandez Acquitted in Boston Double Murder
Next Hedges Delivers ‘Mixed Signals’ 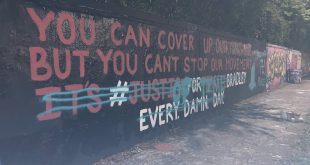 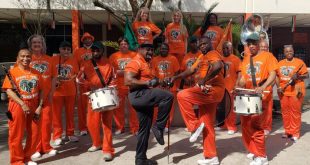